The Pontifical Academy for Life spoke out after the Supreme Court ruling that repealed the supposed “right” to abortion in the United States on June 24.

In a statement, the Pontifical Academy for Life indicated that it “joins” the message of the Bishops of the United States, which encourages “healing wounds and repairing social divisions” after the Supreme Court ruling.

Although this ruling does not make abortion illegal throughout the United States, in at least a dozen states this practice will be considered a crime and laws that protect the mother and the baby in the womb will come into force.

6 judges were in favor of annulling Roe vs. Wade, against three who objected.

With this decision, the Supreme Court repeals the Roe vs. Wade, who opened the doors to legal abortion in the United States.

According to the Supreme Court, the alleged “right” to abortion “is not implicitly protected by any constitutional provision.”

For the Pontifical Academy for Life, the court ruling in the case known as Dobbs v. Jackson Women’s Health Organization “shows how the issue of abortion continues to spark heated debate.”

Regarding the United States Supreme Court decision that modified the 1973 legal position Roe v. Wade on the issue of abortion, the Pontifical Academy for Life presents the following statement. pic.twitter.com/VJW6sCE053

“The fact that a large country with a long democratic tradition has changed its position on this issue also challenges the entire world. It is not right that the issue be brushed aside without proper general consideration,” he said.

The pontifical academy pointed out “the protection and defense of human life is not an issue that can be circumscribed to the exercise of individual rights, but rather is a matter of broad social significance.”

“After 50 years, it is important to reopen a non-ideological debate about the place that the protection of life has in a civil society to ask ourselves what kind of coexistence and society we want to build,” he said.

The Pontifical Academy for Life then encouraged to “ensure adequate sex education, guarantee health accessible to all and prepare legislative measures to protect the family and motherhood, overcoming existing inequalities.”

“We need strong assistance to mothers, couples and the fetus that involves the entire community, promoting the possibility that mothers in difficulty continue with the pregnancy and entrust the child to those who can guarantee its growth,” he said.

In statements quoted in the statement, Mons. Vincenzo Paglia, president of the Pontifical Academy for Life, said that “in the face of Western society that is losing its passion for life, this act is a powerful invitation to reflect together on the serious and urgent theme of human generativity and the conditions that make it possible”.

“By choosing life, our responsibility for the future of humanity is at stake,” he said.

The Pontifical Academy for Life was founded by Pope Saint John Paul II in 1994, with “the specific mission of studying, informing and training in the main issues of biomedicine and law, related to the promotion and defense of life, especially in those that are most closely related to Christian morality and the guidelines of the Magisterium of the Church”.

The Venerable Jérôme Lejeune, renowned French geneticist who discovered the trisomy of chromosome pair 21, responsible for Down syndrome, was its first president.

Today the Universal Church celebrates the Immaculate Heart of Mary

Sat Jun 25 , 2022
The day after the Solemnity of the Sacred Heart of Jesus, the Church celebrates the Feast of the Immaculate Heart of Mary. The contiguity between both celebrations magnificently expresses the unity that exists between the heart of the Mother and that of the Son; while underlining the fact that in […] 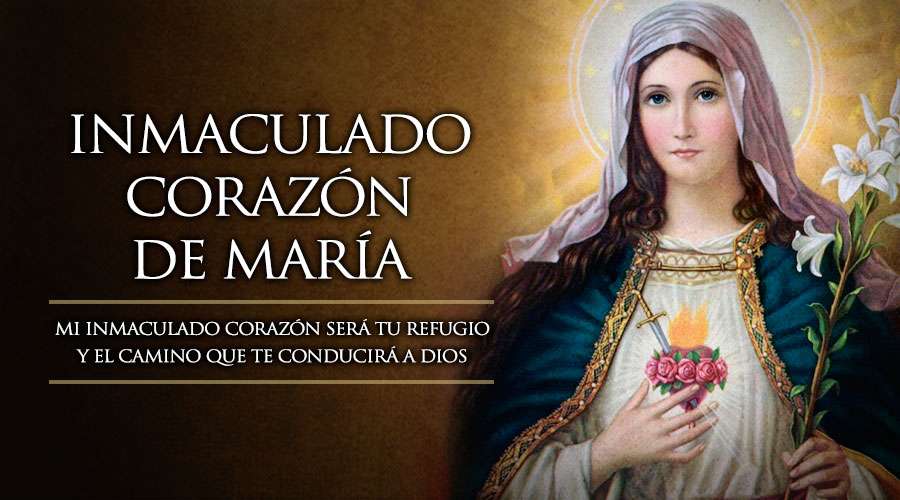