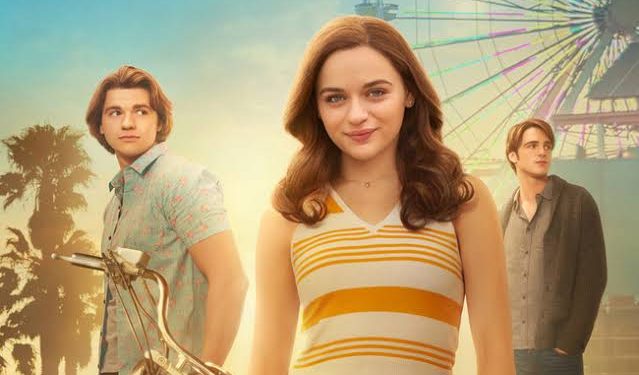 0
SHARES
173
VIEWS
Share on FacebookShare on TwitterShare on WhatsApp

The Kissing Booth 3 trailer dropped a while ago, and fans have been going gaga ever since. The third and last installment in the franchise looks like it has a lot to offer as we get to see our beloved couple Elle & Noah, again.

Kissing Booth 2 ended with Elle facing the dilemma of choosing Harvard (and thus staying with Noah) or Berkeley (to stay with her childhood friend Lee). She’s confused if she should choose her boyfriend or honour her childhood promise to Lee.

Elle also cleared the misunderstandings with Chloe, Noah’s new friend. The other star of the show, Lee, also got back with Rachel.

Joel Courtney and Joey King playfully confirmed that the movie will release on August 11, 2022.

To the fan’s surprise, it was also revealed that the original cast would return for one last time. This means we’ll get to see Joey King (Elle), Jacob Elordi (Noah), Joel Courtney (Lee), and Meganne Young (Rachel) once again. Other characters like Molly Ringwald (Sara) and Maisie Richardson-Sellers (Chloe) will be back. Taylor Perez (Marco) will show up to create some trouble for the couple.

“Whose heart will Elle break as The Kissing Booth trilogy comes to an end?” mentions the synopsis, hinting at Elle’s Noah VS Lee dilemma. So it’s been speculated that the movie will revolve around that choice Elle has to make.

Marco still holds feelings for Elle, finding her “worth it”. Perez reportedly hopes that the final installment justifies Marco’s character as far as his courtship to Elle is concerned.

Goodbyes are always tough, especially when the characters are loved a lot. It’s about time Elle and Noah found stability, hopefully. Kissing Booth 3 is all set to make people laugh, break their hearts, but give them a story worth remembering.

Most Anticipated Movies of 2022