The Kissing Booth 3 Release Date, Cast, and Much More 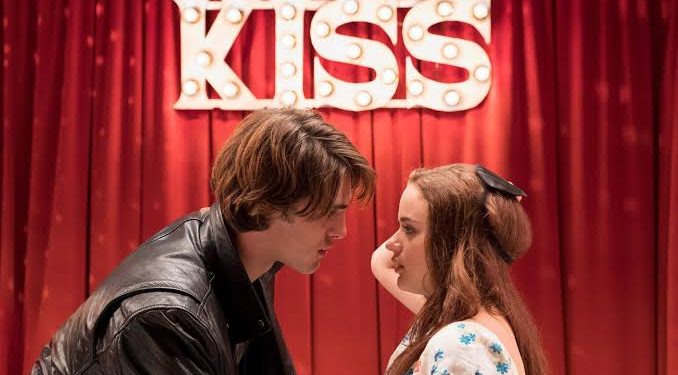 0
SHARES
103
VIEWS
Share on FacebookShare on TwitterShare on WhatsApp

It’s been over a year since Netflix announced a third installment of The Kissing Booth, which is a blockbuster rom-com mainly starring Joey King, Jacob Elordi, and Joel Courtney. The story is based on the Kissing Booth books written by Beth Reekles. On 6 July 2022, Netflix released a full-length trailer as well as first-look images of The Kissing Booth 3.

Release Date for The Kissing Booth is Almost Here!

If you’re a fan of one of the most popular movie series on Netflix, then this news will make you really happy. On 11 August 2022, The Kissing Booth 3 will officially be available on Netflix, where fans can view it. Along with the announcement of the release date, the filmmakers also released the official trailer of the film that has left fans super excited. Take a look at the trailer of the upcoming movie over here-

The Cast of The Kissing Booth 3

What is the Storyline of The Kissing Booth 3?

All of the cliffhangers from the ending of the 2nd part will be resolved in the 3rd prequel of the movie. According to the official synopsis, the 3rd film takes place during the summer before Elle played by Joey King starts with her college life. Elle gets into her dream college Harvard. However, she keeps it a secret from her boyfriend, Noah played by Jacob Elordi, as seen at the end of The Kissing Booth 2.

She also gets accepted in Berkeley, which is another dream college for being with her best friend, Lee played by Joel Courteney. As a result, Elle finds herself in a difficult situation, where she should choose between going to Harvard with her boyfriend or going to Berkeley with her best friend. Many intriguing truths will be revealed in the third part and fans are excited to know what Elle will choose.

Will Ji-Yoon Will be Able to Tackle the Obstacles in Her Path in The Chair?