Prince Charles has continued to take steps towards a throne that has been officially awaited since 1969, when he was invested Prince of Wales in a symbolic ceremony. The heir will not forget Tuesday, May 10, 2022, as it was he and not Queen Elizabeth who was in charge of reading the traditional speech that marks the opening ceremony of the United Kingdom Parliament. 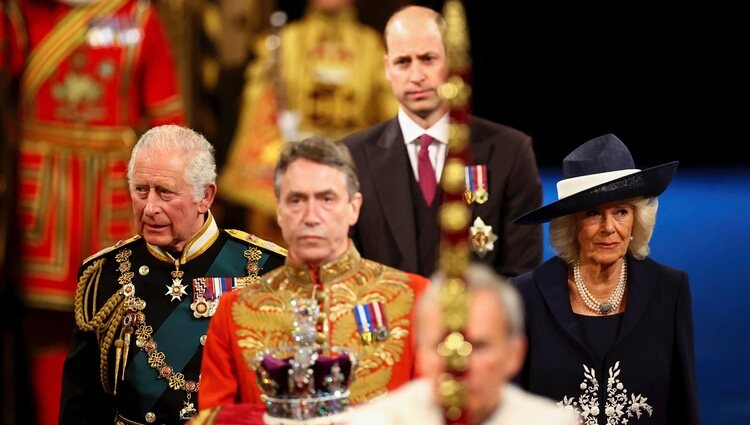 The plans were to shorten the act and prevent Queen Elizabeth from walking as little as possible. Her wish and intention was to be present at an event that she had only missed twice since taking the throne in 1952. It happened for the first time in 1959 when she was pregnant with Prince Andrew, and for the second time in 1963 when she was expecting Prince Edward. . In 2020 she did not go because there was no event due to the pandemic, while in 2021 she attended, despite the recent death of the Duke of Edinburgh. At that time her health had not weakened so much and she was able to carry out the most important of the acts that is on the Monarch’s agenda.

Those plans also highlighted the need for Prince Charles to be ready to take over if need be, which he did. Therefore, once it was verified that the Queen’s mobility problems were going to prevent her from attending, everything was set up so that it would be the Prince of Wales who would preside over the ceremony and who would read the speech with the plans of the Government of Your Majesty. To this end, an authorization was issued in the form of a Letter Patent to delegate this Constitutional function of the Queen to the Councilors of State, and more specifically to Prince Charles and Prince William. It so happens that the following are Prince Harry and Prince Andrew because they are the ones behind the Duke of Cambridge in the line of succession as minors cannot be included. Both are outside the British Royal House for different reasons, and therefore cannot represent the Queen. 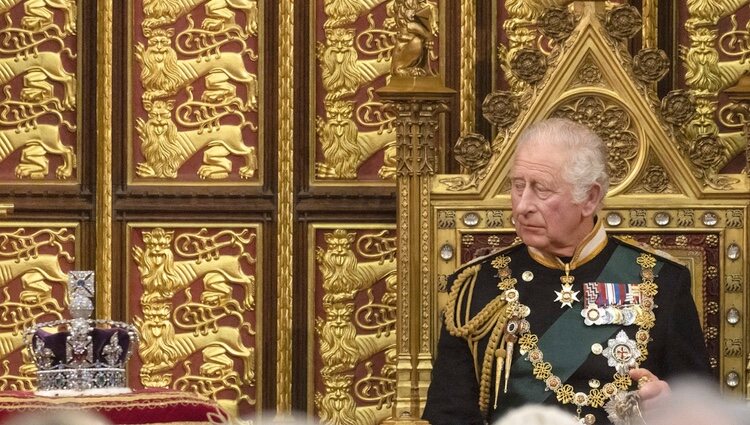 Once this procedure was resolved, he was able to carry out the ceremony. The first to arrive was Prince William, dressed in a cutaway, who has attended the State Opening of Parliament for the first time in his life. Perhaps one day he will replace his father as he has done with the Queen and when he is the one who reigns, it will be Prince William, already as King, who will preside over the act and read the speech, but in this case he did not expect to attend as Duke of Cambridge . In any case, he was able to comply with everything and after attending the State Opening of Parliament he traveled to Manchester with Kate Middleton for the inauguration of the memorial of the attack in the Manchester Arena.

Subsequently, the Prince of Wales appeared, in military uniform and decorations, and Camilla Parker, dressed in dark. All three have followed the Imperial Crown, which Queen Elizabeth wore on her head until 2015, when she decided to stop wearing it due to the more than 2 kilos that she weighs and the 30 centimeters that she measures. This historical jewel of enormous value was created for the coronation of Queen Victoria in 1838 and may one day be worn by Charles when he is King. By attending the act on behalf of the Queen, but without him who occupies such dignity, he has had to settle for having her by her side. Of course, he has looked at her on several occasions. 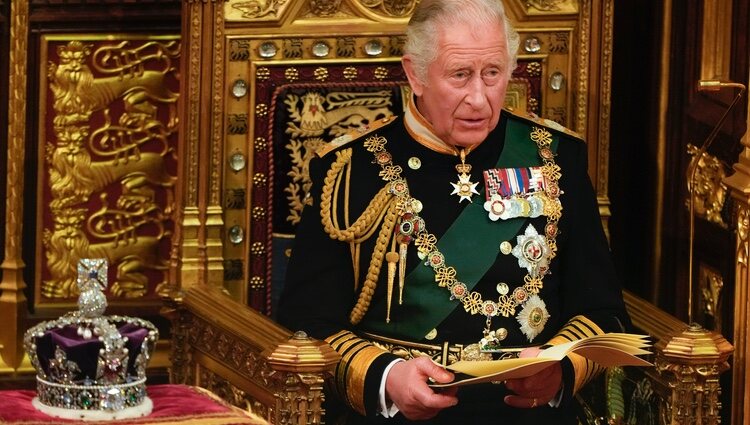 What he has been able to occupy is the throne, although instead of being in the center, as when the Queen came alone, that is, without the Duke of Edinburgh, who also had his own throne, he has been placed to one side. To her left was the Duchess of Cornwall, while to her right was her heir, Prince William. The two, as well as all those present in the House of Lords, have listened for 9 minutes to the speech that the Government of Boris Johnson prepared for the Queen to read, or in this case the Prince of Wales, and where the plans are reviewed of the Executive.

Prince Charles, who referred to His Majesty’s Government on this historic day, pointed out that the priority of the Executive is to “grow and strengthen the economy and help alleviate the rise in prices for families, increase opportunities in all parts of the country and support more people to work, support the Ukrainian people, finance sustainable investments, reduce debt or lower taxes”, among other plans of the government of conservative Boris Johnson.

Tue May 10 , 2022
In a round table together with other international media, we have had the opportunity to chat with Hilary Duff, the great protagonist of ‘How I met your father’. The series, which stands as a spin-off of the successful ‘How I Met Your Mother’, lands on Disney+ this Wednesday, May 11, […] 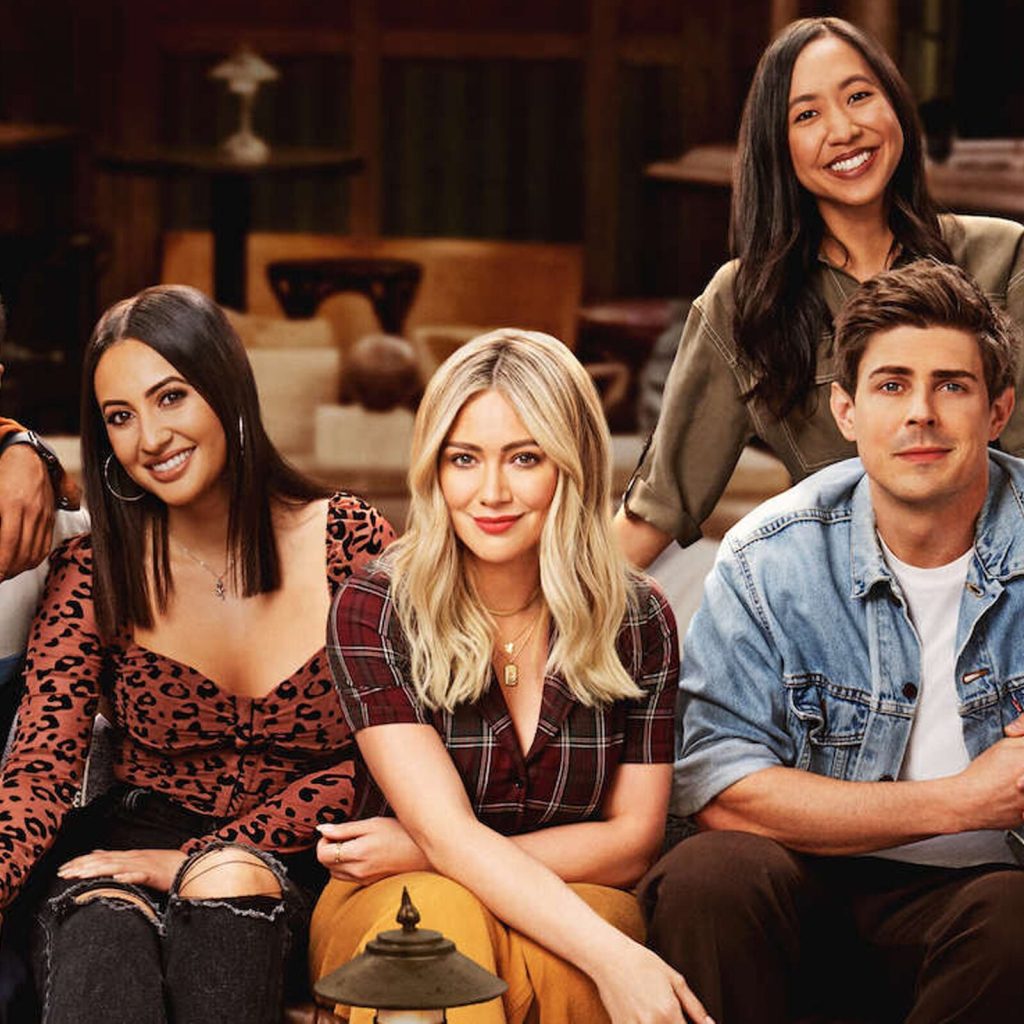