*This article contains spoilers for ‘Red’.

On March 11, ‘Red’, the new Pixar film, arrived at Disney +. Meilin Lee’s story has become a true phenomenon in its first hours available, filling social networks with gifs, illustrations and comments about this metaphor of puberty in the shape of a cuddly giant red panda.

As we see in the film directed by Domee Shi, ‘Red’ shows how Mei’s mother Ming ends up unleashing her inner red panda, which is gigantic in size, and goes after her daughter at the 4Town concert in Toronto. Mei’s grandmother and aunts help the girl perform the moon ritual and end up in the spirit realm. All except Mei decide to re-confine their red pandas again, but the girl chooses to set him free.

About this ending, Domee Shi explains to Comic Book: “We always knew we wanted a large-scale mother-teenage daughter battle that would go down in history. We wanted that to be our third act. We wanted the film to culminate with the two characters standing up to each other.” face in some kind of Kaiju fight. What we didn’t know was where it would be or how we would get there. At one point we came up with the 4Town concert and the idea seemed perfect to get us past the embarrassing moment in the store at the beginning of the movie. How do we get over that? What if her mom embarrasses her in front of her idols? She gets so mad she’s the size of a Kaiju. So we’d have two huge panda-shaped Michelin Figures fighting. But then we had to answer why.” Lindsey Collins, producer, adds: “That was difficult because when we showed the film to the executives they said, ‘You need to explain why it’s so big.’ We didn’t want to come up with some silly magic rule. Jin’s (Mei’s father’s) little phrase: ‘It was very destructive and huge’ Shortly after saying it Mei replies: ‘so big?’ and he’s like, ‘I told you it was big.’ And that was it. We left it at that.” As we saw throughout the film, Mei ended up seeing her inner gang as a good thing and not as something to be ashamed of, as her mother, her grandmother or her aunts see it. . That is why she decides to stay with him and learn to control him, showing that she can make decisions for herself and does not always have to be a carbon copy of her mother. Ming, on her side, also learns to let her daughter choose her own path and take the consequences.

Will there be a sequel?

Although we haven’t seen a sequel at Pixar since ‘Toy Story 4’, Domee Shi would be delighted to meet Mei again in the future: “We are open to it, but we haven’t talked about it yet. But yes, (the open ending) is a invitation for more stories”. Lindsey Collins comments to that, “Hopefully, by the end of the movie you’ll have fallen so in love with the characters that you’ll have a hard time letting them go. As filmmakers, we feel that way. I love these characters. I never get enough of them. I always think: ‘ I’d spend time with them again.’ I want to know what’s going on in their lives. So yeah, who knows?”

At the moment we can enjoy ‘Red’ on Disney+ and ‘Embrace your inner panda: This is how Red was made’, the documentary that takes us behind the scenes of the Pixar film. 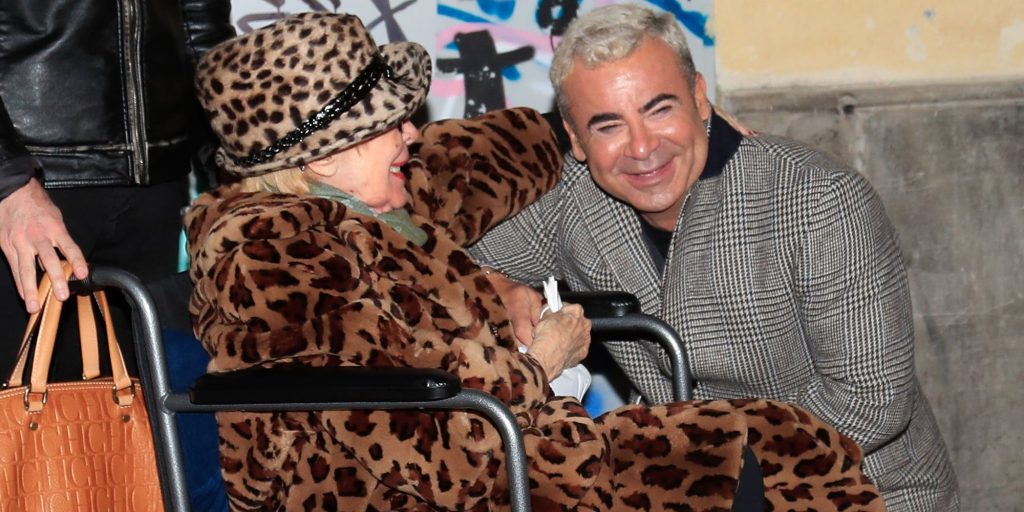