The Dawson’s Creek theme song is back in the opening credits on Netflix! 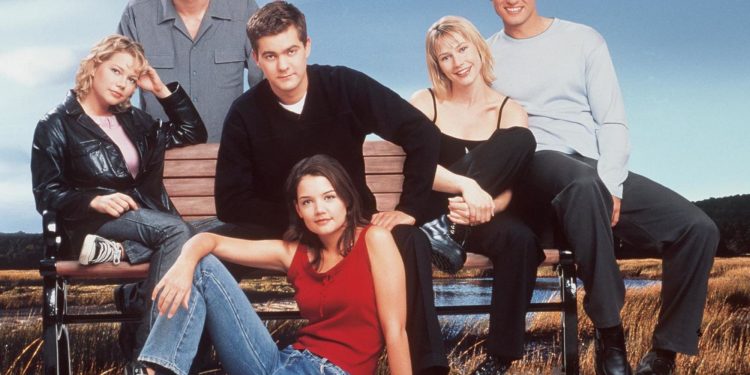 Dawson’s Creek fans rejoice! The original theme song of the classic teen drama–“I Don’t Want to Wait” by Paula Cole–is now back in the opening credits of the show on Netflix.

Dawson’s Creek fans, I’m thrilled to announce that — at long last — you will hear Paula Cole’s iconic song I Don’t Want to Wait when you watch the opening credits! pic.twitter.com/quRggJQvn4

You can now be fully immersed in the ’90s television nostalgia and childhood/teenage memories with the return of the original Dawson’s Creek theme song. For fans of the series, the absence of “I Don’t Want to Wait” in the opening credits put a bit of a damper on their rewatch experience. The song and the show go hand-in-hand.

But why was Cole’s song not in the credits of the show on Netflix to begin with? Here’s what we know!

Why was the original Dawson’s Creek theme song not in the credits?

It all boils down to licensing. During the show’s run, Sony secured the rights to “I Don’t Want to Wait” for broadcast. They did the same for the DVD box sets of the first and second season but forwent licensing the song for the rest of the box sets due to lower sale numbers than expected.

Instead they pivoted to “Run Like Mad” by Jann Arden, a song the company had purchased the rights to in perpetuity when the Dawson’s Creek pilot was being filmed. Since that decision, the original theme song for the show has been absent from the opening credits in DVD merchandise and on streaming.

Cole told Huffpost in 2018 that she was open to negotiating the rights to her song with Sony:

Everyone keeps asking me, “Why won’t you let them have the song?” Of course I would consider it! I’m right here! Come talk to me, Sony. Let’s negotiate! I’m an independent artist open for business! But I won’t give my music for free and I don’t think any artist should give their music for free unless it’s helping out another independent artist ― and then you renegotiate once the project is successful. I think giving one’s art for free to giant corporations hurts artists and musicians and society across the board.

Finally, the company played ball because the theme song is back! CBR reports that the New York Times disclosed the deal between Cole and Sony that involved the artist recording a new master of “I Don’t Want to Wait” and a contract negotiation over the song’s use on streaming.

This has been a long time coming for fans who clamored for the original theme song’s return to the opening credits across social media platforms for years. Now the wait is over!

Stay tuned to Netflix Life, your go-to site for all things Netflix from original series to beloved classics on the streamer.

Overlord Season 4 Release Date, Cast & Everything You Need to Know