This Thursday, June 16, the Venezuelan Episcopal Conference (CEV) shared a video of the Dancing Devils of San Francisco de Yare, faithful Catholics who pay homage to the Blessed Sacrament on the feast of Corpus Christi.

“During the celebration of Corpus Christi in San Francisco de Yare, the various brotherhoods of dancing devils pay homage and prostrate themselves before Jesus in the Blessed Sacrament,” the CEV said in a tweet.

During the celebration of Corpus Christi in San Francisco de Yare. The various brotherhoods of dancing devils pay homage and prostrate themselves before Jesus in the Blessed Sacrament pic.twitter.com/LA3unAXgZ3

The Yare Dancing Devils pay this homage in the state of Miranda, in the north central zone of Venezuela, although there are also brotherhoods in other parts of the South American country.

The Dancing Devils of Yare dress in red and put on masks, dance to the rhythm of percussion instruments and represent the impossibility that evil, embodied in the devil, can defeat good, that is, God.

The women who participate do not dance in the streets, but help with water and food, and dress in red skirts and white shirts, except for the foreman who dresses all in red.

The origin of this tradition, recognized as Intangible Cultural Heritage of Humanity in 2012, dates back to 1749, when there was a great drought in the area.

The masters offered the slaves that they would have the day of Corpus Christi free if there was rain, for which the latter celebrated a Mass and carried out a procession asking for this gift.

If it rained, they would dress as devils to humiliate themselves before the Blessed Sacrament. The rain was abundant and the crops were saved.

Another version of the origin indicates that about 400 years ago a priest who had no money and not many faithful for the Corpus Christi procession said: “If there are no believers to take out the Blessed Sacrament, then let the devils come”.

According to this story, “devils” would have appeared and entered the priest’s church for Mass, which would have originated the tradition.

The members of the Dancing Devils call themselves “promeseros”.

This name is due to the fact that they must have requested some grace from the Blessed Sacrament and then, as payment for the promise, they become part of the brotherhood.

The Dancing Devils, says the website of the Bishops of Cuba, ask the priest for permission to dance before the Blessed Sacrament.

In addition to dancing, the Dancing Devils also pray the Rosary and go through the streets in a joyous comparsa.

“Everything as part of a very natural but significant ritual that, as they clarify very well, is not a show,” the Cuban bishops’ website specifies.

Fri Jun 17 , 2022
Every June 17, the Church celebrates Saint Albert Chmielowski, a Polish religious, whom many describe as “one of the most important saints of our time”. Alberto was a painter by profession, an artist who would later become a religious because of his immense desire to serve the Lord in his […] 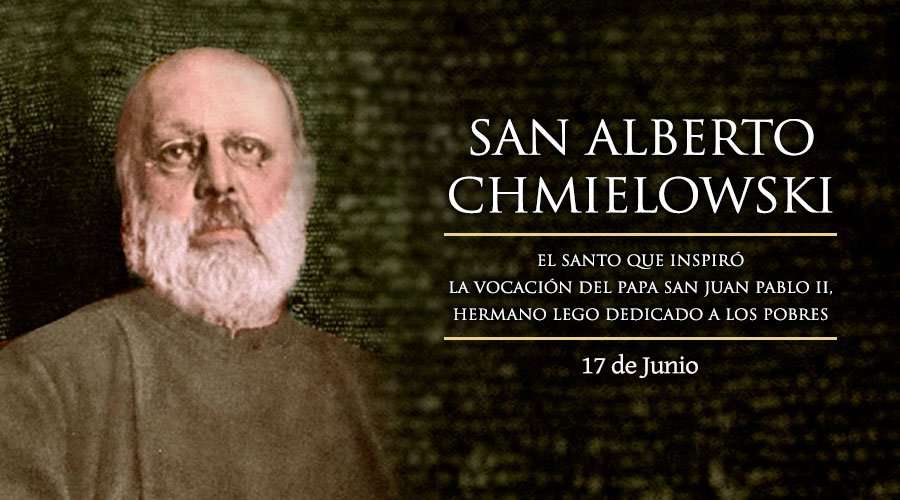