What are the best docuseries?

A few days ago the friend and writer Jerome Tristante opened a thread on Twitter in which he reflected on what are the best docuseries.

I admit that it is not a genre that attracts me, although I have enjoyed docuseries like The Jinx or especially Wild Wild Country and Don’t Mess With Cats.

I found the thread opened on Twitter so interesting that I decided to ask Jerónimo for permission to include it in this blog, in the hope that he will be encouraged to write more articles of this type.

You can read the full thread at this Twitter link: Best docuseries according to Jerónimo Tristante.

Best docuseries of each platform

THE BEST WITHOUT A DOUBT. ESSENTIAL. Not only because of the story of Robert Durst, a cricket that would give for a thousand series, it is because in this documentary the case is resolved in the last 30S of it and by the documentary itself. Brutal.

A classic: the story of Steven Avery is, directly, incredible. What is the probability that a human being is involved in the two moves that he starred in? It is not to be missed.

A nun murdered in the year 69 and the tortuous investigation of the crime that opens the door to the worst pedophilia of the Church in Baltimore in a bestial political-police network. highly recommended. For fans of The Wire or The City Belongs to Us. Warning: It’s tough.

From the world of crime, my favorites are the swindlers and of these, the guys who set up sects. The story of Guru Osho and his disturbing second in command Shila. Beware of the well-known phenomenon of salmonella. They landed in the USA and it is not wasted.

The beginning itself is incredible: a guy walks into a bank with a note and an explosive collar that the robbers have put on him. And no, it’s not a joke. As you see it you say: How is it possible that a bunch of crickets like this one met in life?

The brutal story of the three from West Memphis, convicted of their involvement in supposedly satanic crimes. It deals with a very interesting topic in the USA: false confessions.

Magnificent documentary about the case of this millionaire pedophile and how, little by little, the racket was dismantled. Documentary with repercussions in the high political spheres of the USA. Spectacular.

Excellent documentary of horrendous crimes in which the racial and poverty component remains in the background. Very good.

Terrific and exhaustive documentary on Movistar in which you find out what happened to the Palomares bombs. You learn a lot about that. It’s a great job.

How to Fix a Drug Scandal (Netflix)

Very good documentary that tells us the story of two techniques in analysis in Massachusetts (who were unrelated) and who, due to their addictions and/or incompetence, altered thousands of tests that affected thousands of summaries. INCREDIBLE.

The OJ Simpson story told from beginning to end. From his past as an almost white college star to the horrible crime he committed and the detailed judgment of him. How he ended is also discussed. He is long and thorough. Worth.

Magnificent documentary by Hugo Stuven scripted by my friend David Zurdo. It’s all there: from the beginnings of the armed band to its final defeat. EXCELLENT AND ESSENTIAL.

The story of how a brutal killer was captured who kept the British police in check. Very good.

Spectacular and excessive. A guy who is dedicated to raising tigers and big cats and who is eccentric in himself. You have to see it. You can’t believe that people like this exist: disappearances, murders, a bomb… crazy.

A magnificent Spanish contribution to the genre, the story of Pope Clement, the Marian apparitions and the sect that grew out of it. ESSENTIAL.

With the collaboration of John Grisham himself, a story of two unsolved crimes and the questionable actions of the prosecution and the police.

In the words of the Unabomber (Netflix)

A wonderful addition to the excellent Manhunt Unambomber series. A guy with a very high IQ who kept the FBI in check for 20 years.

Drugs, success, a homosexuality that he did not fully accept, and bad company, crime, weapons… and the fall from grace of an NFL star told from his childhood. Great job.

And for you? what is the best docuseries? Do you miss any? Leave us a comment with your recommendations.

Do not miss our section: Best series of each platform.

I OPEN THREAD: DOCUSERIES. A genre that pirra me and that, I think, not many people see. I really like those of judicial processes but there are all kinds. Here I summarize the ones that I like the most but there are many more and they are worth it.

Paloma Sánchez-Garnica: 'Nazism and Stalinism are a coin with two sides that I equate in 'Last days in Berlin'

Tue Jul 19 , 2022
No one doubts that World War II was the greatest horror that humanity has had to face, which on the other hand has a history of shadows that show that although we are capable of the best, we are also capable of committing atrocities. The years advance and all that […] 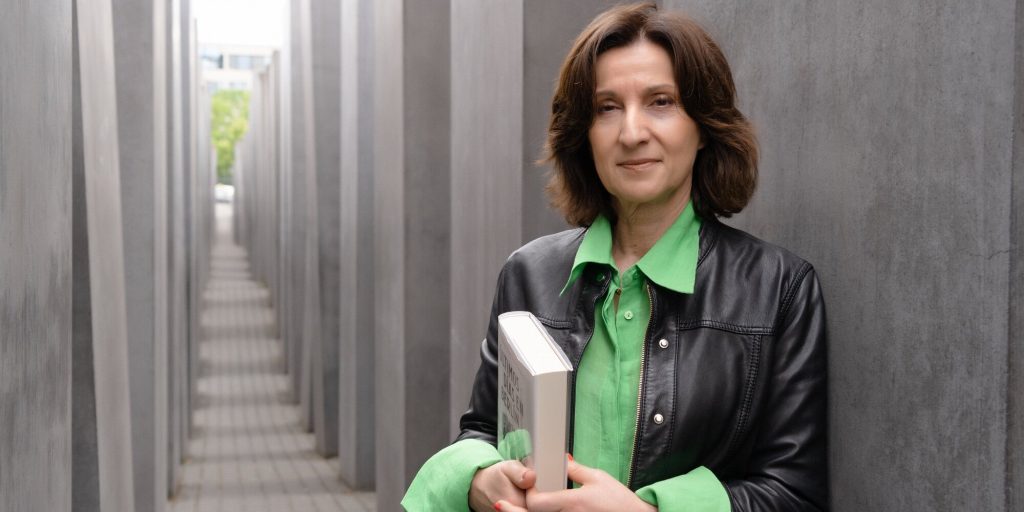