Zoë Kravitz is wearing a well-seeded promo for ‘The Batman’. She just can’t stop being wonderful, and making fun of her co-star, Robert Pattinson. Kravitz and Pattinson embody Catwoman and Batman in the new comic adaptation of the DC Extended Universe directed by Matt Reeves, so they have not stopped giving interviews as a couple. And the dynamic is always the same, Pattinson expands on the most unexpected and random things, while his co-star reacts with total sincerity and with laughter.

The best of these, without a doubt, arises when a journalist asks Pattinson if he knows that a few years ago a team of scientists decided that he was the most handsome man in the world, a question to which the actor jokingly reacts by assuring that he knew the ‘ study’ and that of course, “it’s a fact” and that he would love to “meet these scientists”. Kravitz then adds, “I’d love to meet them too, because are these scientists a room full of 12-year-old girls?”

This tremendous zasca is not the only one, far from it, Kravitz is also about to roll his eyes when Pattinson explains the love triangle of Final Fantasy VII. “There’s Aeris, who’s a super nice girl, whose super power is to heal everyone; and Tifa who’s a super sexy thief in a miniskirt… And then you’re like ‘I just can’t decide’ “explains the actor. Given this, the new Catwoman replies, “so you have the one who heals everyone and the one who wears a miniskirt? Are those the options? My goodness, this is what’s wrong with the world.”

And the height of the hesitation comes in a video in which Pattinson asks Kravitz about the first thing that came to his mind when he saw him in the Batman suit. The actress then goes into crazy fan mode parody with an “oh my god… Oh, Batman!”, while Pattinson plays along. Certainly the merit of the good promotional vibes belongs to both, but it is that in addition to the relaxed atmosphere and the laughter, Kravitz has released some other priceless response, like the one in which he affirms that for her Catwoman is bisexual.

In an interview with Pedestrian, this actress has responded affirmatively to the possibility that Anika, a friend with whom she lives, is more than a friend. “That’s definitely the way that I played it, I thought they had some sort of romantic relationship.”

“I did know that. Cause it’s facts” pic.twitter.com/4SxTNl906V

Kravitz has spent half of the promotion of ‘The Batman’ reacting to his partner’s statements with an undeniable hesitant tone, but he has also been able to taste a little of his own medicine. The most viral moment in this regard is the one in which the actress confesses that neither she remembers having seen ‘Twilight’, and then falls into the fact that she went to the movies with a friend. Faced with this confession, Pattinson reacts by snapping that “it’s not even cool to be a hater anymore” because that “is so 2010…”, and then continue with the playful point adding “you have deleted a lot of experiences related to me”.

The actor releases this pullita because in a previous promotional interview, Kravitz had confessed that he did not remember the casting test he did with the actor to see if they had chemistry in order to star as the couple from ‘Remember me’, a film in which Pattinson finally shares the spotlight with Emilie de Ravin. Curiously, more than a decade later, Cindy Tolan, casting director of ‘The Batman’, has considered that both have that necessary spark to share a romantic connection on screen. Will they raise the temperature in ‘The Batman’?

* ‘The Batman’, a new adaptation of the Bat Man, with Robert Pattinson and Zoë Kravitz, opens in theaters this Friday, March 4.

Tue Mar 1 , 2022
A bomb fell this Tuesday, March 1, on the headquarters of the Diocese of Kharkiv (Ukraine), in whose basement some 40 people, including women and children, were sheltering. UKRAINE LATEST 🇺🇦 The building of the Curia of the Roman Catholic diocese of Kharkiv-Zaporozhia was hit by a Russian missile today. […] 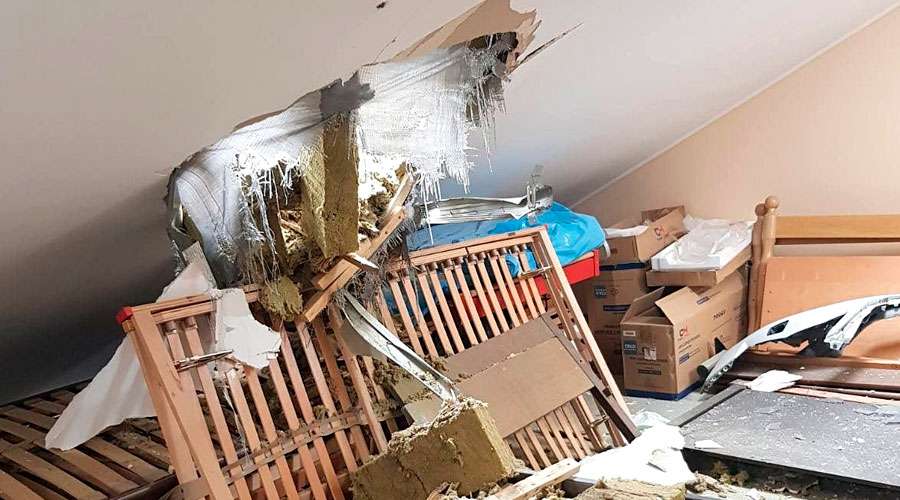