‘The Batman’ is officially the highest-grossing film released in 2022 so far this year worldwide. After passing through the movie theaters, where it continues to accumulate money, the film directed by Matt Reeves and starring Robert Pattinson in the skin of the Bat Man recently came to streaming, where it is also reaping a very good reception.

The film landed on HBO Max last Monday, April 18, complying with the 45-day exhibition window that Warner Bros. set for its theatrical releases before jumping to its exclusive streaming service. As expected, the film has been met with a massive reception at its premiere on the platform. According to Samba TV, a company specialized in measuring the audience of television broadcasts in the United States, ‘The Batman’ was played in 720,000 homes in that country during its first 24 hours.

720k US households watched #TheBatman on its first day streaming on #HBOMax.

Who kicked off their week with a Monday night movie? pic.twitter.com/EBeLFww2u3

Now, we have to clarify that this number refers to reproductions of at least the first five minutes of the film, not its entire (three-hour) footage. Even so, the figures are very positive, in line with what is expected of such a popular product starring one of DC’s most iconic superheroes and after its triumphant run through cinemas, where it has been applauded by critics and audiences.

Comparing with other DC releases

In the absence of official figures for HBO Max, those for Samba TV are positive, but could be relatively below what some of the previous DC movies on HBO Max recorded. In March of last year, ‘Zack Snyder’s Justice League’ achieved 1.8 million viewers in its first three days on the platform. On the other hand, ‘Wonder Woman 1984’ amassed 2.2 million in its simultaneous streaming and theatrical debut on Christmas 2020, and ‘The Suicide Squad’ amassed 2.8 million views in the same time frame last year. summer.

Of course, it is important to point out that the number of ‘The Batman’ refers to a single day, with which an exact comparison cannot be established until we know how it has gone in its first week. On the other hand, the Snyder Cut was not released in theaters and the sequels to ‘Wonder Woman’ and ‘Suicide Squad’ grossed much less in theaters, arriving with a hybrid premiere at a more difficult time in the pandemic. On the contrary, ‘The Batman’ has grossed an impressive 752 million dollars in theaters, which would make it logical that its streaming figures were more modest, since many more people have already seen it in theaters.

Iñaki Urdangarin, the biggest fan of his son Pablo, travels to Pamplona to see him play handball

Sat Apr 23 , 2022
This same Saturday, April 23, Iñaki Urdangarin has been publicly seen in the city of Pamplona, ​​where he traveled to be with his son Pablo Urdangarin, who was there to play a handball match with his team, Barça, against local team Helvetia Anaitasuna. The one who was the husband of […] 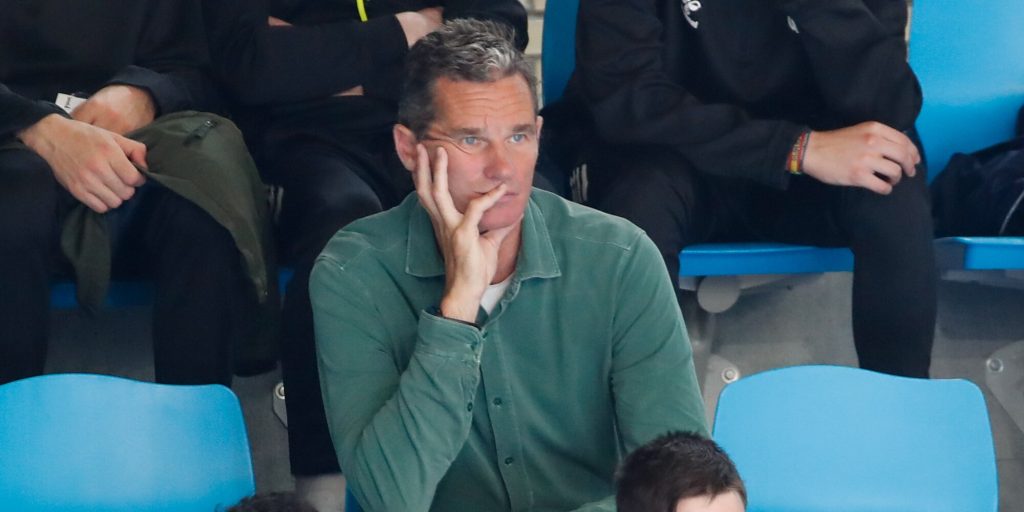