‘The Adam Project’ arrives on Netflix on March 11 to join the canon of time travel cinema. Ryan Reynolds reunites with ‘Free Guy’ director Shawn Levy in a new sci-fi adventure that also stars Mark Ruffalo, Jennifer Garner and Zoe Saldana in the cast.

In a new promotional video for the film, Reynolds and Ruffalo star in a hilarious PSA skit to mark the switch to daylight saving time. In the spot, the actors talk about their experience with time travel playing Deadpool and Hulk in the Marvel movies and then turn to the greatest specialist on the subject to lend them a hand: Christopher Lloyd, the legendary actor who gave life to Emmett Brown, affectionately known as Doc, in the ‘Back to the Future’ trilogy. In the video, the 83-year-old actor delivers an epic and intense speech about the passage of time that leaves Reynolds and Ruffalo completely blown away: “Christopher Lloyd is a complete and utter legend.” You can see it below.

Back to the past

What if you could go back and talk to your 12 year old self? Directed by Shawn Levy, written by Jonathan Tropper, TS Nowlin, Jennifer Flackett, and produced, among others, by Reynolds himself, ‘The Adam Project’ tells the story of Adam Reed, a time traveler from the year 2050 who has ventured into a rescue mission to search for Laura (Saldana), the woman he loves, who was lost in the space-time continuum under mysterious circumstances. When Adam’s ship crashes, he is sent spiraling into the year 2022, and the only place he knows from this time in his life: his house. Rounding out the main cast are Walker Scobell and Catherine Keener.

Sat Mar 12 , 2022
Sister María José of the Precious Blood of Jesus, a nun of the Congregation of the Poor Clares in Cleveland, is the heroine who, after donating her kidney to a stranger, also helped another sick young nun save her life. An article published in the National Catholic Register reported that […] 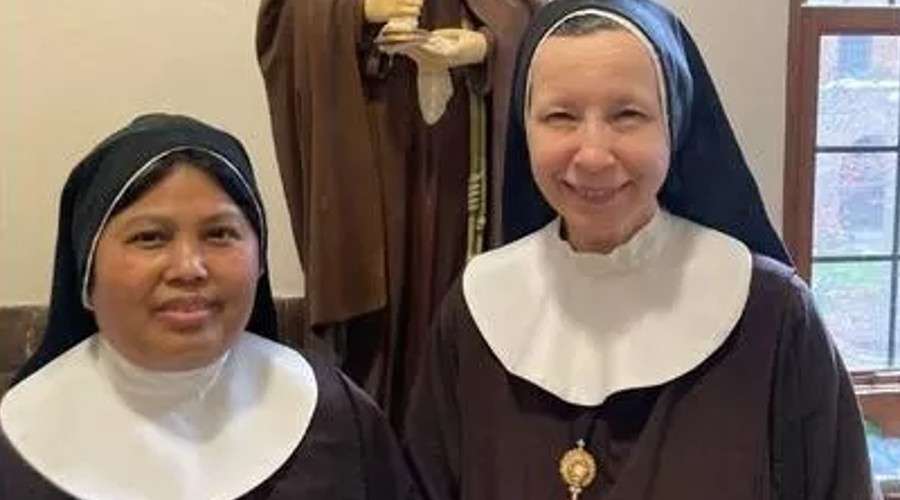