Daniel Hernandez, professionally known as “Tekashi69”, is a 24-year-old rapper from the United States of America. Daniel, aka Tekashi, appears to be in the media headlines primarily because of his controversial behaviour and the brute-force screaming technique that he uses in his songs. The controversial rapper began his career by dropping several rap songs in the year 2014. Since then, he has been working in the industry and delivering his songs to the fans.

What is Tekashi69’s Net Worth and Possessions?

The recent net worth of Tekashi69 is estimated to be around $8 million. He also possesses some unusual and crazy expensive things that add to his lavish lifestyle. He has a rainbow Ferrari, yes, a colourful Ferrari that he is often seen driving. In addition, he owns a huge house located in Long Island, one of the most expensive areas of New York City.

Apart from having a rainbow Ferrari, he possesses a Chevrolet Tahoe Custom Wrap, named “Treyway Blood SUV” because of its loud red colour. He also has other expensive cars like McLaren P1, Rolls Royce Ghost, Lamborghini Huracan Spyder, and Corvette C3. Expensive cars are not the only thing Tekashi69 has; he also spends a considerable amount of his earnings on flashy jewellery and expensive watch collection and owns a few of the customized bling pieces.

How Much Money Tekashi69 Made While He was in Jail?

The controversial rapper was sentenced to two years of prison as he pleaded guilty to racketeering and other offences in New York City. He initially denied the charges against him but then entered a plea bargain, which gave further evidence against his other gang members.

The surprising part is that he made £8m while he was still in prison. According to reports in the United States, Tekashi 6ix9ine inked a new record deal while incarcerated. The $10 million (£8 million) arrangement with 10K Projects was for two albums, one in English and Spanish.

Wed Jul 14 , 2021
Daniel Hernandez, a.k.a Tekashi69, got sued on Friday by Takashi Matsuba, a Japanese tattoo artist based in Bushwick. The former allegedly stole the latter’s name and built up an imaginary backstory. The Manhattan Supreme Court lawsuit lists Hernandez’s two statements in 2 different documentaries airing on Hulu and Showtime.  “A Heroin […] 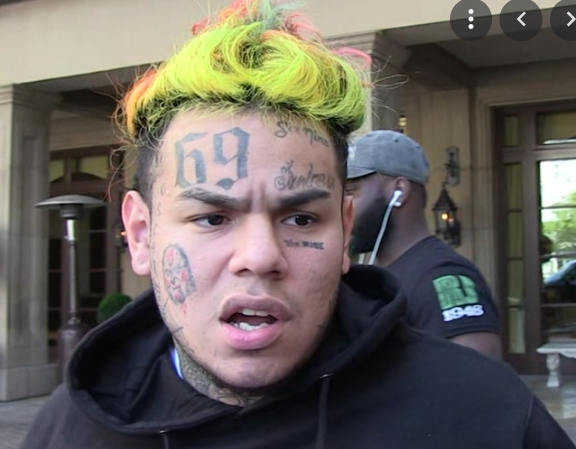