Stray had intrigued us since last month’s preview event, when Montpellier-based BlueTwelve developers finally unveiled the deeper nature of their work.

Although we were enraptured by the little protagonist and his first steps in a cyberpunk world where the human race no longer exists (for reasons that you will discover during the adventure), the excuses given by the development team about some limitations of the game had left us doubtful about certain elements of gameplay.

After completing it in just over six hourswe can tell you that Stray has no trademark flaws that affect the overall quality of the projectand its desire to be classic and at the same time very particular testifies how even with a small budget you can best shape your ideas.

At the beginning of the adventure, the nameless cat that we will check is in a natural alcove with his family. With only the sounds of nature interspersed with verses and meows, a placid environment without the hustle and bustle of human activities and the great feeling of peace that accompanies one of the many days as a cat, the quiet pre-discovery actions suffer a setback when the protagonist slips. down what appears to be a deep gutter.

From that moment on, still stunned and stunned, the cat will find himself lost and isolated in the slums of a long forgotten city.

Although the narrow streets of the squalid town are illuminated by neon signs and dim lights coming from shabby residences, in that agglomeration of shacks, concrete and sheet metal immersed in a cyberpunk context, there is no trace of human beings. In their place seem to have remained only apparently harmless robots.

Our cat’s adventures begin in the slums of the mysterious city. Some continue to carry out the activities of men, as a conditioned reflex or just to carry out the tasks established by their code, still others have organized themselves to form a repressive and uncompromising police state. Between the scrap metal and rubbish on the sidewalks, the lookouts and the curious stories of robots who get lost in a past that escapes memorythe protagonist of Stray tries to find his way home and rise to the surface.

He soon runs into a small robot-drone named B-12useful as a means of communication with other robots, to hack electronically closed doors and always ready to give excellent advices to advance or suggestions on how to act to complete the objectives that will be presented to you from time to time. The drone, however, has memories that will suddenly emerge along the adventure, capable of recounting its past and the events that led to the collapse of our species.

Please explore carefully if you want to complete the game 100%. In this sense, Stray manages to draw a clear game context with essential information and with few weak points, managing a two-way narrative in which on the one hand the events of the cat develop in search of a solution to return to freedom, while on the other, information on an inevitable catastrophe is sampled.

The points of contact with our present are there and point straight to inauspicious forecastsjust as there are here and there criticisms of the lack of interest and the common action of many, of selfishness and the dangerous tendency to minimize the gravity of situations that are already rather critical and almost irreversible.

Not only does Stray push on environmental issues and social criticism, but it outlines through the behaviors of robots – which still imitate their creators – our worst vices and defects, together with our uniqueness and everything that makes us special compared to other forms of life. The city, divided into sections that highlight classism, diversity of treatments and antipodal lives, is a microcosm that alternates sandbox areas with others that are more linear and guided.

In the first, the protagonist will be forced to come and go continuously to solve small puzzles and game situations that reminded us of the classic adventures (and also the modern ones, which you can buy on Amazon) and even certain dynamics so dear to point and click (find the item, show it to the character, collect what you need, find out how to make active the NPC essential to the progress of the game and so on).

One of the bars where you will find nice characters to talk to and from which to receive valuable information. So we understand how Stray, in certain sections, is not immediate and obvious in his conduct of the game; on the contrary, it does everything possible to push the player to talk to most of the characters, so as to obtain the right information to solve the situations proposed from time to time.

Added to this are the upstream design choices that left us with some question marks in the preview phase, but which we now understand better and somehow justify even in a small part.

We refer to the fact that in Stray, in perfect contrast to his nature of great agility without constraints, the cat cannot jump freely. It can only jump to the points where the interaction key appears, while on other elements that appear decidedly within its reach it is never allowed. The developers had stated that this was an adopted solution because many tend to miss the timing of the jumps; explanation, this one, which had struck us for the intrinsic limitations that it compares and which pointed to an extremely simplified game direction.

In reality, it is precisely the structure of Stray that is built around the search for points of interaction, both as regards the actual advancement, and to make our cat act with specific objects and elements of the scenarios useful for the resolution of small children. puzzle.

Sometimes it is evident that there is some delay or a bit of backtrackingbut all in all, we never exaggerate beyond what we should and the limited size of the scenarios limits this trend in any case. In other sections, the kitty will have to flee from hungry little creatures at lightning speed or shake them off when attacked. Although they cannot be tackled directly, in the continuation of the adventure a way will be found to overcome specific areas, also thanks to the help of the trusty B-12.

To this are added much more stealth parts, rather classic and all in all elementary to overcome. In essence, it is a question of evading the surveillance of drones or of finding solutions to trap them and thus render them harmless. Conceptually they are really simple and the solutions adopted are reminiscent of those already seen three generations ago, without important peaks of difficulty or clear variations on the theme.

Artistically the game world of Stray and the characters are characterized to a great extentand we believe that frankly every effort has been made to give the work its evident uniqueness. Not only will you become attached to some of the personalities present, but certain situations and jokes will inevitably make you smile.

And that protagonist, who may still have many adventures to live, is undoubtedly one of the most successful marketing gimmicks.

The fabric is there, the space for important improvements too; we also believe that there are in fact several possibilities for the IP to expand through other chapters. The developers were surprised by the reactions and the great support of the public, and it is now evident how such a potential, especially if supported by important sales, cannot be wasted.

Prince Harry's speech at the UN for Mandela Day: criticism of abortion, Lady Di and what Meghan Markle is to him

Mon Jul 18 , 2022
If anyone thought that with their departure from the British Royal House, Prince Harry and Meghan Markle were doomed to irrelevance, they were very wrong. It is true that institutionally they have no weight, but they do have great symbolic importance, which they take advantage of to advance the causes […] 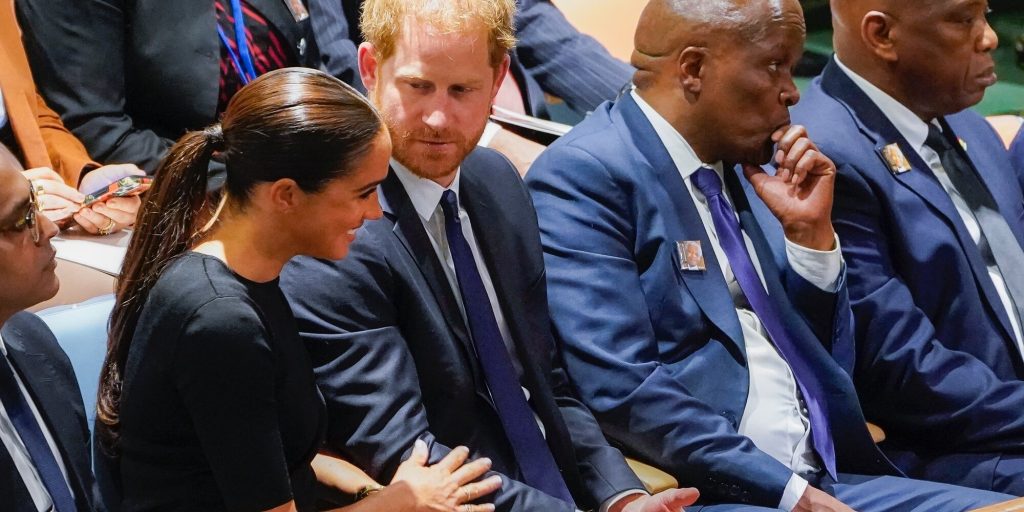