The incident took place aboard a Manhattan train on Thursday. The victim had boarded the northbound R train at the 8th Street-NYU.

How the Incident Unfolded

Police said that the incident occurred at about 6:30 p.m. They say that as the train got closer to the 23rd Street Station, a fellow traveller approached the 65-year-old.

Authorities say that the stranger confronted the elderly victim, saying “Why the f**k are you standing there?”. This was followed by a profanity-laden argument between the two which soon turned into a violent and aggressive dispute.

Police informed that the stranger then suddenly punched the victim and kept throwing multiple punches at him. The victim crashed to the ground and hit his head hard against the train car door.

The stranger then reportedly got off the train at 23rd Street and fled away from the scene, leaving the injured victim behind.

The elderly victim was taken to Bellevue Hospital soon for medical aid. Police said that the victim has recovered and is in stable condition.

Investigation Continues As the Suspect Remains At Large.

Details regarding the MTA employee have not been revealed and it is still unknown if the said employee was on-duty or not when the incident unfolded. The police department is investigating the issue and looking for the suspect who remains at large.

Sat Jul 3 , 2021
The Cathedral City’s crews are continuously working while trying to stop the flooding which has caused the shutdown of Dinah Shore Drive that is situated between De Anza Road and Cathedral Canyon Drive. Flooding Causes Cathedral City Roadway Shutdown The road crews are working tirelessly to put an end to […] 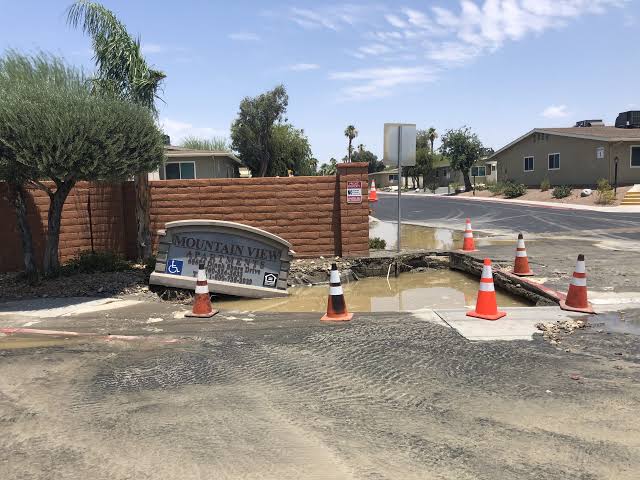