Let’s face it: Devil Summoner: Soul Hackers it is a title that only a few faithful ones know. For all those who have never heard this title, know that it is a JRPG of 1997 which is part of the narrative universe of Megami Tenseiexactly like the well-known saga Person. Although this first chapter has undergone a rejuvenation thanks to a version for Nintendo 3DSthe Francoist never really took off in Italyremaining a niche product. And this is undoubtedly a real shame.

Luckily Atlus did not give up and decided to put in place Soul Hacker 2real sequel to the first adventures, set in the magical world of Summoner of the devil. The title is coming on August 26 this year, on the strength of the success of Persona 5 Real and ready to conquer a large slice of the public. We spent the first few hours battling demons in the real world and within the souls of our fellow travelers. If you want to know if we had fun doing it, all you have to do is keep reading our preview.

Once we started the game we got to know Ringoa digital entity at the service ofIA known as Aione. Its purpose? Preventing the end of the world, which apparently is now near. To accomplish this arduous task he will have to get help from his “sister” Figureby the demon summoner Arrowby the rebel Milady and from the comedian Saizo.

The plot of Soul Hackers 2 proceeds quickly right away, leaving even weird at the speed with which the facts happen. Forget the gradual understanding of character psychology as seen in Persona and get ready for something simpler, yet more direct. Despite this “haste” in wanting to tell the events, we admit that we are fond of the various protagonists, who slavishly follow the stereotypes of the shonen and who, for this reason, have solid narrative bases.

We are still not sure if the plot holds up to the end, but hour after hour we are becoming more and more interested in the events and, even as we write to you, we can’t wait to find out how the story evolves. And this is undoubtedly synonymous with something good.

From a playful point of view, Soul Hackers 2 plays its cards with confidence. We are talking about a JRPG with gigantic corridors to go through, along which to face a myriad of enemies in adrenaline-fueled turn-based battles. Each of the four characters we used can be associated with demons, which allow them to obtain unique abilities. Battle after battle, the aforementioned demons level up and allow you to unlock new moves. All this until new creatures are captured, to start over with their training.

The weaknesses and resistances seen in the past are once again returning, allowing us to carefully calculate our moves. Specifically, if we manage to hit the weaknesses of our opponents we will have the opportunity at the end of the turn to deliver a powerful extra blow. This obviously encourages the player to carefully follow the evolution of the fights, prompting him to investigate the advantages and disadvantages of each opponent.

With great pleasure we noticed Atlus’ attention to the relationship between the various protagonists. In Soul Hackers 2, in fact, you don’t just fight, but you also have to chat with your fellow fortunes to develop a good relationship with them. This will give access to extra moves and, more generally, also to the evolution of particularly interesting subplots. Again though, don’t expect the latest Persona care, but something simpler. Not that this is bad, mind you. It only takes a few moments to become familiar with the characteristics of the new game of the Japanese team. A game that, while not innovating, has been able to win us over during the first hours of testing.

The same can be said of the technical sector, which sometimes lends its side to textures of dubious quality and surface animations. Fortunately, from an artistic point of view the game shines from almost every point of view. Menus, character and monster designs and even the environments convey the right mood, without making a miracle cry. Ditto for the music, which does not remain in the head like those of the never praised enough Person 5but who still perform their duty. Congratulations to Atlus e Koch Media (which has officially changed its name to PLAION) for having decided to localize the game in Italian, allowing us to also choose whether to hear the audio in English or Japanese. The subtitles in our language always seemed precise to us, accompanying us during the exploration of the first game areas.

It is still early to claim victory, but Soul Hackers 2 seems so confident that it has been able to win us over thanks to its simplicity and determination. You may not like it, of course, but if you love turn-based JRPGs and the style of the Megami Tensei saga there is no doubt: this is the title you will want to play in the second half of this 2022. To find out more details, we invite you to stay tuned. on the pages of Bad Gusto.it for the review, coming in the coming weeks.

Thu Aug 4 , 2022
STEADY The Norwegian Monarch is unwell in the hospital, although the reason for his admission has not been revealed. Tamara Garcia Copado 04 Aug 2022 In recent times the health of King Harald of Norway has not been the best, and it is that the monarch has been admitted again […] 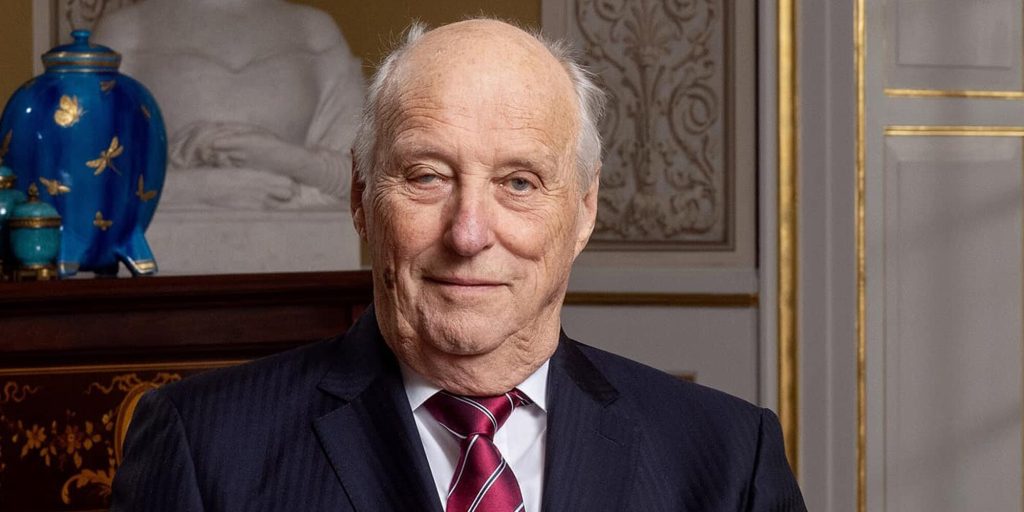