Sonic origins is the last of the big celebrations for the thirtieth anniversary of the blue porcupine. Among the various celebrations, a majestic concert and the second blockbuster film, with a new TV series coming to Netflix within the end of the year. After repurposing Sonic colors last fall, it’s time to give 2D fans something to play with too. So, before you bandage your head with sonic frontiersa collection of the four chapters for Master system And Mega Drive. However, it is not just the umpteenth collection of Rombut a work of modernization (at least on the surface), leaving the 1991 mood intact.

The compilation, available for all consoles and for PCcontains Sonic the Hedgehog, Sonic CD, Sonic the Hedgehog 2, and finally Sonic the Hedgehog 3 and Knuckles. Then available in two versions: the basic package, at 39.99 euros, without the DLC (offline multiplayer, difficult missions, backgrounds and additional music tracks) available for purchase separately for 3.99 each or in the version Deluxe at € 44.99.
A small clarification before starting to delve into the collection. I am aware of the endless succession of bugs and glitches that plague the game in its PC version (find the list here). However, I only played the version for Xbox X series and this review will just tell about my experience on this platform.

Even the menus hide many goodies for the fans

A COLLECTION IN STEP WITH THE TIMES

The first thing that distinguishes Sonic Origins from a normal collection of Roma is certainly the presence of unpublished animated films. Videos that tell the adventures of the blue hedgehog and his friends, with the same style as Sonic mania. It is no coincidence that among those involved in these ports there is also the team behind the latest 2D success of Sonic. However, it is not only the films that are completely unpublished, but also the treatment of the four classics. Each of the games can be played in two main ways: Anniversary And Classical. If the Classic mode is self-explanatory, the Anniversary one re-proposes the games entirely in 16: 9 and eliminates the system of lives and continues.

It is a partial rejuvenation, which does not interrupt the experience with unpleasant ones Game over. Gamers unfamiliar with the world of Sonic will likely find themselves wanting a few more checkpoints, or at least the ability to use save-states. There is also room for a series of additional modes such as the boss challenge, or special levels with the spheres (Sonic 3), as well as an unlockable mirror mode upon reaching the end credits.

THE HUGE OFFER OF SONIC ORIGINS

However, the Sonic Origins offer does not end there. In addition to the ability to play the four games in the order we prefer, a story mode has been set up. On the strength of the movies mentioned a few lines further up to act as a link, you can decide to tackle everything below with the settings of the Anniversary mode. The playful offer closes with the modality Missionstrue flagship of the production, which puts on the table about fifteen challenges of increasing difficulty for each game. They range from foot challenges to plane racing, from ring picking to dodging enemies, to using Code, Knuckles or Supersonic. Challenges designed for those who know Green hill like your own pockets.

Gameplay side there is nothing to do. The 2D chapters of Sonic remain the ones that best capture the spirit of the blue hedgehog. A sort of racing pinball machine (in some cases literally) full of back roads and secrets to discover. A world cruel enough with those who do not know its rules. Perhaps for this very reason it would have been better to add a save-state option, as happens for example in Virtual console from Nintendo. It would have been a further foothold for newbies, who might be discouraged by the umpteenth naughty hitbox of a too fast launch.

WHEN PASSION IS SEEN AND FEELED

Playing the four titles below, you will find how the basic gameplay of the first Sonic has evolved in a few years, up to that gem of Sonic the Hedgehog 3 & Knuckles. Along with the gameplay, the possibilities of Sonic have also been enhanced and the interactions with the levels have become increasingly incisive. From a graphic point of view, the pixel art of Sonic Origins is limited to cleaning that of thirty years ago. Unfortunately there are no filters CRT for the classic mode and you can only choose whether to play with active anti-aliasing or not. On the soundtrack side we find all the songs of the series, except those composed by Michael Jackson for the third chapter, which can also be listened to individually in the Museum.

The Museum is the final touch of this collection. Inside sketches, soundtrack, videos and above all the thirtieth anniversary concert. A real joy for lovers of the blue porcupine, and therefore an added value. It should be noted, however, that some elements can only be obtained through DLC or by purchasing the Deluxe version of Sonic Origins. A cynical choice and unwilling to celebrate the porcupine.

Ambiguous choices aside, Sonic Origins is a good celebration of the mascot’s past SAWespecially for the rejuvenation of securities. It is not perfect but, at least on consoles, it could make you spend twenty hours darting to avert yet another plan of Eggman.

Sonic Origins collects the four chapters for Mega Drive of the hedgehog, proposing them in brand new versions and giving great space to additional content for lovers of the saga.

I played Sonic Origins on Xbox Series X for about ten hours focusing on the story mode, challenges and extras created specifically for this collection thanks to a code kindly offered by the publisher.

The lurch of Rocío Carrasco to Ortega Cano for her children: "God would have wanted them to come out like Rociíto"

Fri Jul 15 , 2022
In episode 5 of ‘In the name of Rocío’ entitled ‘Don’t ever forget that I am Ortega Cano’ Rocío Carrasco talks about the backstage of the marriage of Rocío Jurado and Ortega Cano, away from any idyll that was wanted to be sold for then and even later years. “My […] 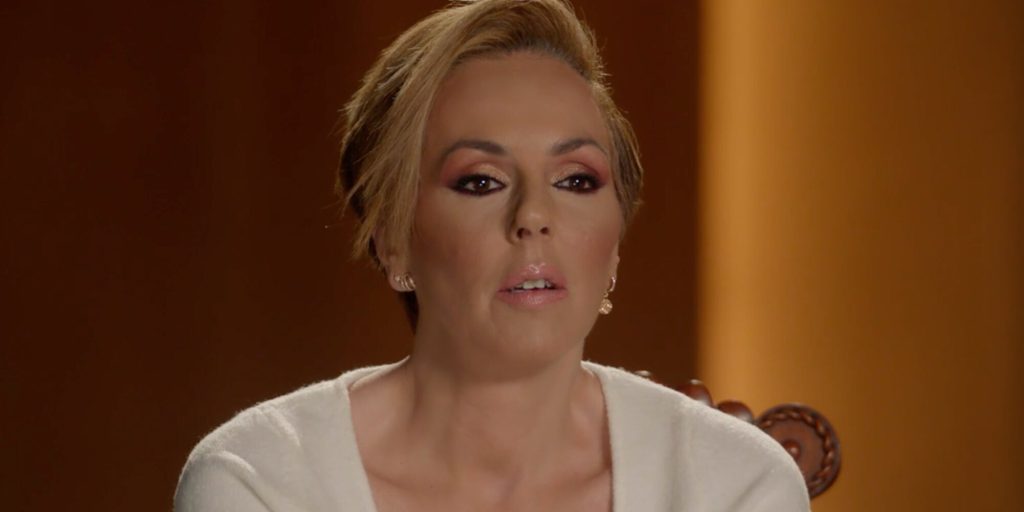