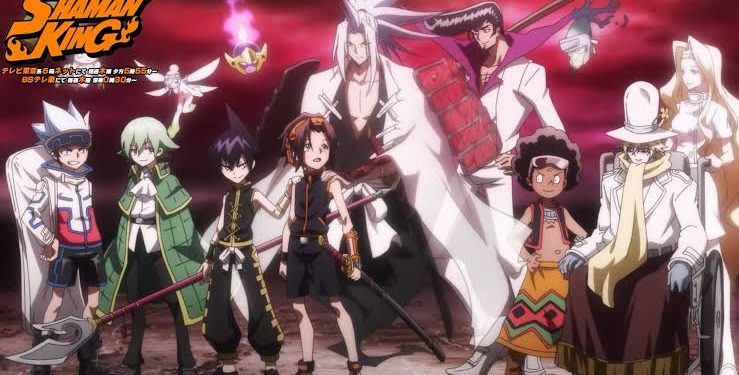 0
SHARES
45
VIEWS
Share on FacebookShare on TwitterShare on WhatsApp

Shaman King debuted in Japan in April this year and on August 9 for the international audience. After the premiere of the first season, will there be Shaman King Season 2? Based on the Japanese manga series of the same name, Shaman King is an action adventure drama series. The story revolves around Yoh Asakura, a young kind-hearted noble man who participates in the Shaman fight. However, the Shaman fight is a fight that takes place every 500 years to elect and hail the new Shaman King. On the other hand, the Shaman King attains the power of the controlling the spirits and is the most powerful amongst them. Season 1 just debuted on Netflix for international viewers. In case you have binged it and are wondering about the second season, you are at the perfect destination.

Currently, there is no official announcement regarding Shaman King Season 2. As mentioned above, the series debuted on Netflix for international audience on August 9. On the other hand, it released in Japan in April this year. Henceforth, it is quite early for the creators to come up with a renewal. The first season consists of 13 episodes, each about 25 minutes long. However, the show airs on a weekly basis in Japan and is condemned to run for 52 episodes. Besides that, the first season on Netflix had 13 episodes. This means that the it will release in 4 parts on Netflix, each season consisting of 13 episodes. So, we presume that the second season might aur sometime in 2022.

As a matter of fact, Shaman King 2022 is not the same as Takei’s Shaman King 2001 anime. The original Shaman King 2001 anime aired on Japanese television from July 2001 to September 2002 for 64 episodes. On the other hand, the reboot is said to have a complete new story with the manga’s new version. The 2022 anime will cover all the 35 volumes of the manga’s new edition. However, Shaman King Season 2 (2022) will drive the audience all the way to the conclusion. Although, the creators have taken some reference from the original anime but it is not exactly the same.

We expect the voice-over cast of season 1 to return in Shaman King Season 2:

Netflix also announced the dub cast before it released the series on August 9.

What Can Fans Expect from Shaman King Season 2?

In the final episode of season 1, Yoh spends the night with Anna before his departure to America for the next round of Shaman fight. When Yoh, Ryunosuke, Ren, and Horohoro are waiting at the military base, meanwhile, Hao arrives with his clan. Moreover, he tells everyone about his new powers that he has gained via his control over the Spirit of Fire. On the other hand, trouble appears, when Yoh’s flight goes missing while flying over America. However, they safely land on route 66. In Shaman King Season 2, Toh and his friends will meet Lyserg Diethel, who has an old history with Hao. Although, they don’t go well along with each other, Lyserg might join the gang. Besides that, Yohmei will inform Anna about Hao Asakura and his supremacy. And also about his reincarnation as Yoh’s twin brother.

Predicted Ending: Sas Rise of the Black Swan on Netflix

Stellar Profit Review 2022: Have You Chosen the Right Trading Platform?