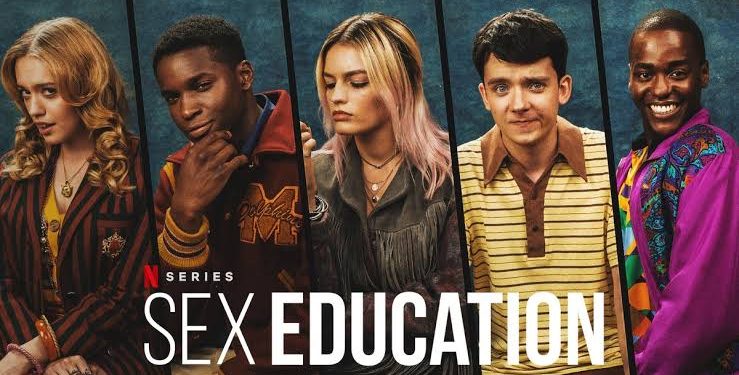 We now finally have a release date for the 3rd season of Sex Education after months of waiting. The announcement was made in mid-June via a teaser and Netflix‘s official Twitter handle. The streamer announced the announcement and provided some of the show’s first-look photos, including one of Jemima Kirke, who plays Headmistress Hope.

You’ll know there needs to be the 3rd season of Sex Education if you’ve finished watching its 2nd season. The show became a television classic, causing the fans to cry tears of joy and laughter at the same time. Here’s everything we know about Season 3 of Sex Education.

The 3rd season of Sex Education will be aired in its entirety on 17 September 2022, according to Netflix. The 3rd season was confirmed in a special video starring Alistair Petrie, who plays Mr. Groff, wandering through an art gallery packed with photographs of the Sex Education ensemble in February 2020, less than a month after the release of the 2nd season.

The filming for the 3rd season of Sex Education began in Wales in early September 2020, following delays caused due to the global pandemic. To commemorate their return to the set, Gillian Anderson, Asa Butterfield, and the rest of the cast released a video.

What the Teaser of Sex Education Season 3 Depicts?

Fans of Sex Education have gotten their first peek at the 3rd season, all thanks to Netflix. The official teaser has introduced some new characters as well as some familiar faces in the upcoming seasons for Moordale School. It’s time for the difference at Moordale School, with a new headmistress (Girls star Jemima Kirke), a new uniform for the school, and a new attitude.

The teaser doesn’t tell much about the upcoming season, but it does hint that Mr. Groff is still roaming around Moordale, Adam is back in full-time school, and Maeve hasn’t lost any of her sarcastic cynicism. However, there is still a slew of unanswered season 3 questions: What happened to Eric? What happened to Otis and Maeve? Is it possible that Jackson has a thing for the incoming headmistress?

Dua Saleh, Jason Isaacs, and Jemima Kirke have also joined the cast for the 3rd season. Netflix has already taken to Twitter to introduce the new faces joining the 3rd season of Sex Education to the fans.

According to Netflix, the 3rd season will be full of more drama and romance as well. It’s going to be a new year, Otis is having casual sex, Eric and Adam are engaged, and Jean is expecting her first child. Meanwhile, the new headteacher’s character Hope, played by Jemima Kirke pursues to restore Moordale to its past recognition.

Aimee learns about feminism, Jackson develops feelings for someone, and a forgotten voicemail looms. The fans should prepare themselves to see Madam Groff’s obligated animals, alien manifestations, vulva cupcakes, and much more events in the forthcoming season.

A Review Bitcoin Lifestyle In 2022: Are Your Investments In Safer Hands?