SEGA of America, Inc. has unveiled new details and game modes for the upcoming Sonic Frontiers title, including a first look at the areas of the Cyber ​​Space and the boss Titan. sonic frontiers is a new open world action adventure game featuring zones to platforms in which Sonic he will be able to use his distinctive speed to freely explore the Starfall Islands.

Sonic Frontiers: when it comes out and on which platform

Sonic’s new adventure sonic frontiers Discovering a Mysterious Civilization will be available worldwide in late 2022 on PC and consoles.

The first island Sonic will explore will be Kronos Island. It is an island with a rainy climate, characterized by impressive waterfalls, lush forests, mountains and towers suspended in midair. The ruins scattered across the island seem to house ancient inhabitants: the koco.

The entrances to Cyber ​​Space created by the ancient Starfall Islands civilization are present throughout the map. Players and female players will have to solve and complete challenges to earn portal gears. Thanks to these gears, it will be possible to open the portals and access the levels of Cyber ​​Space, characterized by the traditional frenetic pace of the game between action and platformer. They will also be called upon to complete challenges in each level of Cyber ​​Space to obtain Module Keys and advance through the game.

Sonic audiences will be captivated by the blistering pace of play and the open world, and will be able to interact with the many activities scattered around the island as and when they want. Cyber ​​Space and its engaging clashes, puzzles, side missions and dialogues with the characters that populate the island can be faced in any order, to best suit your personal style of play.

sonic frontiers expands what audiences know and love about traditional Sonic games by combining linear game modes with open world platformer modes for an all-new action-packed Sonic adventure. Thanks to the largest world map he has ever seen, Sonic will have even more space to run and explore the surroundings: by delving deeper and deeper into the mysteries of the Starfall Islands, he will be able to transform the territory that surrounds him.

Sonic’s fighting style is more immersive and fluid than ever. It will be possible to use numerous commands to fight strategically, chaining moves such as dodging, parrying, counterattacking and much more to perform various combos and show off the different fighting skills unlocked during the game. For those who prefer a more linear style of play, there is an Automatic Mode, which allows you to perform various attack combos using a single command. Anyone will be able to take advantage of Sonic’s fast and fluid combat system with ease.

Sonic will learn a new ability called “Cyber ​​loop”, which allows him to leave a glowing trail behind him. He will only need to surround enemies, objects and portions of land to discover their numerous effects and reveal the secrets of the Starfall Islands.

The ancient ruins of the Starfall Islands are filled with puzzles to solve. By completing each puzzle, it will be possible to obtain useful items to increase Sonic’s power and defense, to reveal hidden areas of the map and to unlock new and faster ways of navigating the island.

When starting the game for the first time, you will be able to choose between two different control styles: Action style and Speed ​​style. The Action Style gives greater accuracy to the platformer stages, perfect for those taking on Sonic games for the first time. Speed ​​Style grants increased speed, perfect for those familiar with Sonic titles.

Sonic the hedgehog: The fastest supersonic porcupine in the world. Sonic will begin the adventure on the Starfall Islands, in search of the Chaos Emeralds and his missing friends. Along the way, he will be guided by an enigmatic voice.

The Starfall Islands are home to some strange creatures Sonic has never encountered before. To defeat these new enemies, it will be necessary to take advantage of the new combat system and new skills.

SOLDIER This enemy always appears in a group and slashes with both hands.
CYCLONE A floating enemy that deals damage with attacks similar to electric vortexes.
ROTATING A wheel-like enemy whizzing in Sonic’s direction as soon as he is detected. If provoked, he attacks at great speed.
ARMOR An enemy protected by a tough shell. Attack from a distance with boomerang-type offensives. Sonic’s attacks are unable to pierce his armor, but it will be possible to knock him out with other methods, such as the Cyber ​​loop.
BUNCH An enemy made up of a cluster of spheres. Make electrical attacks.
Head
NINJA An enemy that unleashes rapid attacks, in homage to the fighting style from which it takes its name. He can parry incoming attacks and strike with his shadows.
TOWER An enemy consisting of several stacked parts. The weak point of him is on its top: Sonic will have to find a way to destroy each of its components to reach it.
ASURA An imposing enemy with the appearance of a huge building. When he lowers his arms, you will need to walk them up to the top to find his weak point and attack him.

Wed Jun 29 , 2022
Although Rocío Carrasco seems to be in one of the best moments of her life after many years, beyond the friendly side of her presence on television, the legal problems are still there. Despite her testimony and public denunciation of her in ‘Rocío. Tell the truth to stay alive ‘, […] 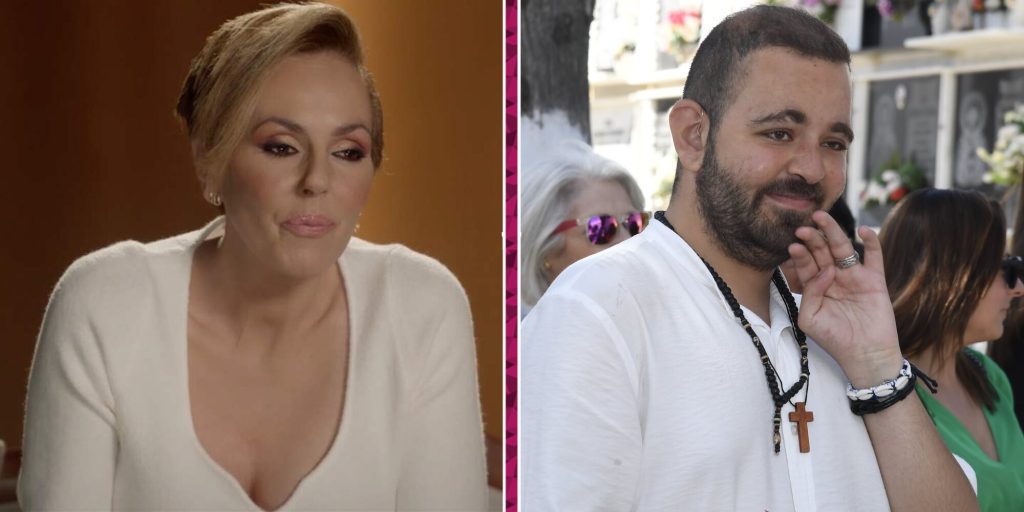