by admin
in Movies
0 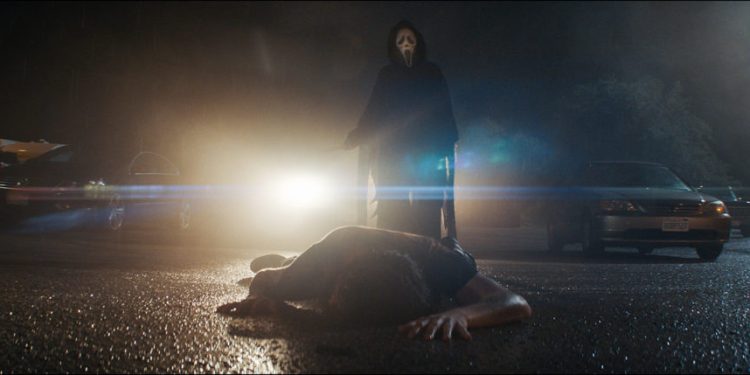 “I'm Scared” is the first thing that is heard in a low tone in the dark theater about to start the new SCREAM movie. But don't worry, my number 1 rule is not to give spoilers and so was the request of the director of this installment, Matt Bettinelli-Olpin.

The terrifying world of Scream began 25 years ago when director Wes Craven and writer Kevin Williamson teamed up to revive the slasher genre while charting a new path for the world of horror. Scream had its debut at the end of 1996 and in that year the great fans of the film and of Craven began to emerge. Sadly, the director passed away in 2015. Therefore, this is the first film in the franchise made by other directors: Matt Bettinelli-Olpin and Tyler Gillett. “ I think that in honor of Wes Craven they did a good job, it was very good ”, this is how Janiz reacted after leaving the special function carried out by Movie Network on January 12.

Even though this new film comes from two new directors, it fits in incredibly well with the franchise and with Wes Craven's art. Most of the film is a tribute to the previous ones and if you are a fan you will love it. If you don't consider yourself a fan of Scream, chances are you'll enjoy it too. “I'm a super fan of Scream. I grew up watching these movies and this one exceeded all the expectations I had," said Juan Mojica. The audience ended up satisfied at the conclusion of the film. Comments such as "I give it a 10", "One of the best since the first", "They didn't let me breathe" and much more were heard. The terrifyingly funny thing about this movie is that you never expect the next hit. You will be most of the film in tension.

SCREAM has an extremely good and complete cast. In this fifth film we see the classic cast like Sidney, Gale and Dewey mixed with a new cast that includes Tara Carpenter (Jenna Ortega), Sam Carpenter (Melissa Barrera), Richie, Amber, Wes and more. Each character is key to the development of this film and this mix made both new and old give Ghostface a good fight.

SCREAM has a little bit of everything. Tense moments, bloody moments, explicit and detailed stabbing, classic scenes making references to old movies, meta comments, laughter, more blood, nostalgia, humor, violence and finally, more bloody moments. “The action scenes gave the impression that they were real. It created tension on purpose, even though nothing happened, and the realistic comedy about mystery movies and their mistakes was present at all times,” said Cristian D. Rivera. The fifth film is a great gift to the franchise, its fans, Wes Craven and screenwriter Kevin Williamson.

"Great, it's a movie that has to be seen in the theater immediately because it's full of spoilers," Mojica said, and he's absolutely right. So I recommend that if you are a fan you go see it at the cinema and I conclude with this quote said by a fan after the film ended “I have seen all of them, but this is an incredible thing, never like this. This is a massacre, not Chucky! I need like 10 sleeping pills today. I recommend it… but I yelled a lot”.

The Scream: Ghostface entry keeps you on your toes and on edge was first published on Movie Network .