The filming of ‘Hearts of Steel’ was quite hectic. David Ayer’s film released in 2014 focused on the crew of an Allied tank captained by Don ‘Wardaddy’ Collier, Brad Pitt’s character. The cast, which included Shia LaBeouf, Logan Lerman, Michael Peña and Jon Bernthal among others, had to face a very tough training that ended up affecting the atmosphere on the set. But one of them took it to the extreme for “the method”: Shia LaBeouf. The actor even knocked out a tooth for the role. But it was not the only thing that took too far in the shoot.

In an interview with GQ when the film was going to be released, Brad Pitt spoke of a moment when LaBeouf and Scott Eastwood, who played Sergeant Miles, almost came to blows if he didn’t get between them: “We were driving through the race, me in one turret, Shia in the other, and Scott was in the back, spitting tobacco. I started to get pissed and tense because that was our home, I was disrespecting our home, you know? So I told him as the cameras kept rolling ‘clean that shit up’. Shia gets in, and you have to understand that we’d already been through some pretty severe training, we’d been through a lot inside that tank. Shia saw it and felt the same thing – that it was missing respecting our house. So Shia had the same reaction and started talking. Then I had to go in after the shoot and explain to Scotty… The funny thing is, when we got home at the end of the day and read the script, it said that Scotty’s character ‘chewed tab aco and spit it out at the bottom of the tank’. He was just doing what the script told him to do! In the end, we were the big heads,” Pitt commented in 2014.

Scott Eastwood has been slow to respond, but he is clearly still hurt by the situation. In an interview on Insider, Eastwood says that Shia LaBeouf “got mad at me and it became a volatile moment until Brad Pitt ended up getting in the way.” Eastwood takes the opportunity to criticize LaBeouf’s method: “I believe that an actor’s process should never affect how people are treated on a set. It should always improve the production, not make it worse, and put people in situations that create an environment shitty jobs, or ones that are insulting or put people in uncomfortable situations.

These kinds of experiences on a set have made Eastwood seriously consider continuing his acting career: “I’ve been burned a few times. In that sense, I wonder if it’s something I really want to expose myself to when I’m in my 40s. years. I don’t know.” And if he doesn’t continue as an actor, what would he do? “I have other goals that interest me outside of the movie business. I find a lot of creativity in the real estate world. Buying and improving houses and offering a creative vision that nobody had thought of before and that they want to carry out. That always makes me happy. it’s a circus. An amazing circus sometimes, but living on the road, I think it would be hard. I don’t have a family yet, but I want that one day, and I think about what it would be like if I had children and had to spend time away from them. That It worries me. But I think before it’s over I’d like to tell a few stories that I’m passionate about,” he admits in the interview.

Last year we saw him in theaters in Guy Ritchie’s ‘Rage Awakens’, and this year he appears in Amazon Prime Video’s ‘I Want You Back’. ‘Hearts of Steel’ is available streaming on Movistar+ and rental platforms.

Sat Feb 19 , 2022
The winter holidays of the Infanta Cristina have given a lot. Taking advantage of this free season of her daughter Irene Urdangarin in Switzerland, her mother and daughter traveled to Barcelona to spend a few days on vacation there. In the city of Barcelona they have a sister of Iñaki […] 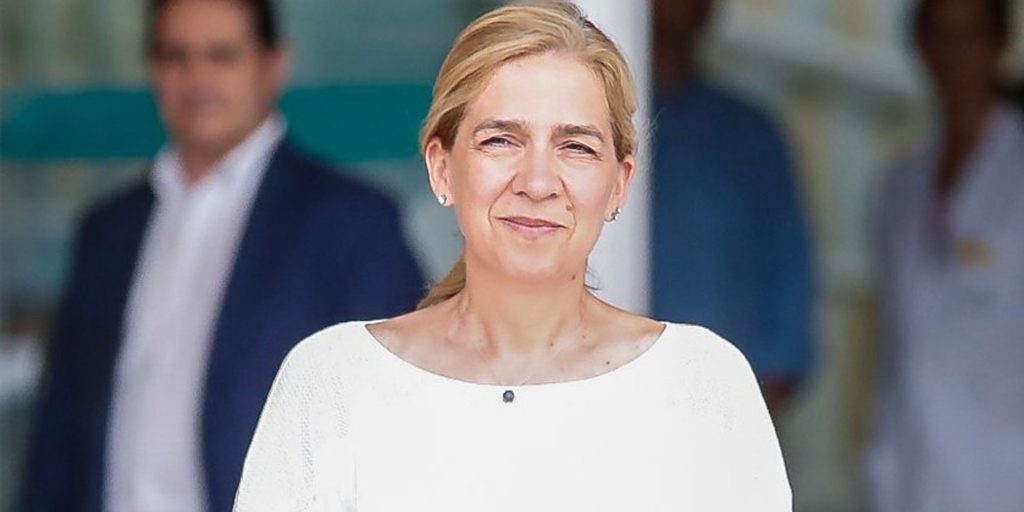