Netflix series based on the graphic novel Sandman

The trailer and what little is known about the series so far seem to promise a lot of joy for fans of the saga and series fans in general.

The first season will have 10 episodes and will adapt the stories we saw in “Preludes and Nocturnes” and “The Dolls House” published on the Vertigo label and written by the master Neil Gaiman. It will premiere on August 5, 2022.

Now, being Netflix the one behind the project there are certain reasonable doubts. The great streaming platform has been shooting blind for a few years, establishing an erratic strategy in which it is more committed to quantity than quality.

Except for some series like Stranger Things or Love, Death & Robots, everything on the platform is quite disappointing. In addition, many of the new productions have a very difficult time passing the cut of being renewed for new seasons: series are canceled and renewed without any clear criteria, which is endorsed with that obscurantism so typical of Netflix, in which it is not very well known. based on which decisions are made.

We have seen the latest examples with adaptations such as The Witcher, which still hasn’t come back despite the improvements of the second season. Or more recently with Cowboy Bebop, canceled after its first season and after investing a true bestiality of millions, creating an empty and meaningless series, without knowing how to convey the spirit of the iconic anime.

What is clear is that Netflix It continues betting on anime, horror, and adaptations of manga or graphic novels as a strategy to obtain its great reference series. In fact, he has opened lines of collaboration with various animation studios and comic book publishers.

Despite everything, it is still far from the quality offered by platforms such as HBO Max (which is already preparing the long-awaited adaptation of the video game The Last of Us) or especially Apple TV +, which today is the platform that is doing things the best and whose products have exquisite quality and production.

In any case, it is very good news that Netflix has decided to adapt the material that Neil Gaman wrote for Sandman, unfathomable material on the other hand. Trying to bring the magic of Sandman to television is a complicated task that not all platforms dare to do. In addition, Sandman has his own risky style and it is admirable that Netflix, at least, has opted for this very personal and dark story.

According to Netflix itself, the series will be “A rich mix of modern myth and dark fantasy in which contemporary fiction, historical drama and legend seamlessly intertwine.”

Production will be complicated since Sandman it moves between the real world and the dream world, so diverse and expensive worlds will have to be recreated. At least, from what we see in the trailer, it seems that it has been achieved.

The first season of sandman-series It will have 10 episodes and will adapt the stories we saw in “Preludes and Nocturnes” and “The Dolls House” published on the Vertigo label and written by the master Neil Gaiman. It will premiere on August 5, 2022.

Let’s hope that Netflix does not make the same mistakes as with other adaptations, and is able to create a unique universe based on the canons of the new television series, respecting the essence, violence and darkness of the original material. That will be the key.

For hope we have the magnificent adaptation -or rather expansion- that he has made of the League of Legends universe with the essential Arcane series.

This year will be bloody when it comes to what we call the War of the platforms. In August the prequel to Game of Thrones: House of the Dragon premieres on HBO Max and in September the adaptation of some stories inspired long before what happens in The Lord of the Rings (Amazon Prime Video). To this we must add the Disney + fictions such as Obi Wan Kenobi or Andor.

You can check the date of all the premieres in our section: Calendar series 2022.

The sandman protagonist will be played by Tom Sturridge, 36-year-old actor, better known for his romances with actresses like Siena Miller or Camila Bello than for important roles. Thus, he is faced with the opportunity to take the big leap and get into the skin of an exciting character. “There is another world that awaits us all when we close our eyes and sleep. A place called Dreaming, where The Sandman, Master of Dreams (Tom Sturridge), shapes all of our deepest fears and fantasies. But when Dream is unexpectedly captured and held prisoner for a century, everything will change. Since his absence triggers a series of events that will forever transform both the world of dreams and the world of wakefulness.

In order to restore order, Dream must travel through different worlds and timelines to repair the mistakes he made during his life. Revisiting old friends and enemies, and meeting new entities, both cosmic and human, along the way.” Wed Jun 8 , 2022
HomeRoyaltyHacienda opens an investigation into King Juan Carlos I for the expenses of his hunts after his abdication IRREGULAR EXPENSES The Public Treasury demands from the King Emeritus the justification of the flights and expenses derived from the hunts that he attended between 2014 and 2018. It was in March […] 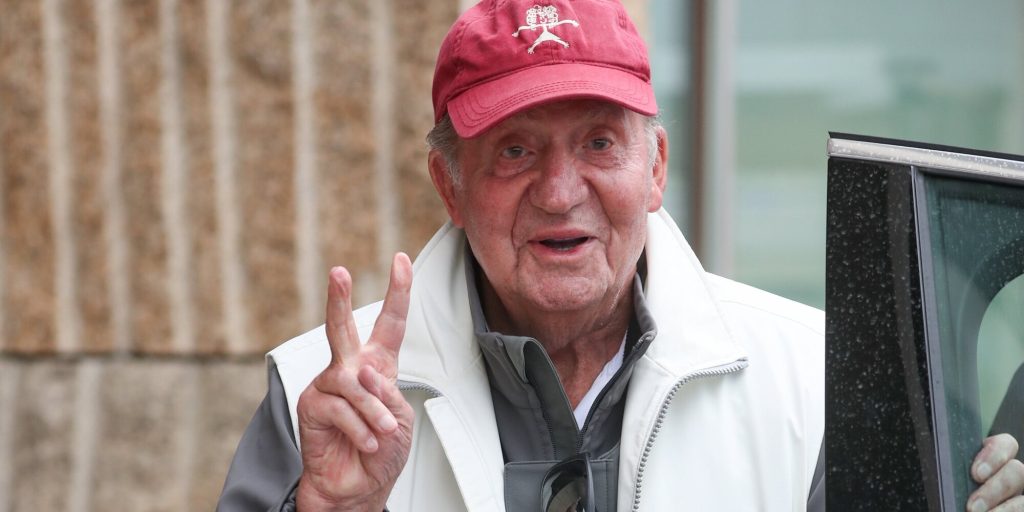