Members of the Salesians of Don Bosco (SDB) in Uganda have embarked on a new catechist training among refugees in the Archdiocese of Gulu to fill the void left by pastoral workers returning home to South Sudan.

Fr Lazar Arasu, chaplain for refugees at Palabek Refugee Services in Uganda, says that a significant number of catechists the Salesians trained when they began their ministry in the refugee settlement, but left the apostolate when the COVID-19 pandemic disrupted the Church activities in East Africa.

“The Corona lockdown put everything in disarray. Restrictions on Church gatherings scattered many catechists. At least 13 of them left their services; most of them returned to South Sudan and others dedicated themselves to other activities”, said Fr. Arasu in a message that he shared with ACI Africa.

He said that with the pandemic the catechist formation centers were also closed and added: “Now the only solution is to train catechists locally.”

The Indian-born priest highlights the challenges facing the ministry of the Salesians in Uganda, including the constant movement of people, especially leaders and trained catechists.

He points out that in Africa, catechists are indispensable in the process of evangelization.

“The success of most Missions and parishes in Africa often depends on catechists, who are pastoral and spiritual warriors, especially in rural and hard-to-reach areas. So-called ‘hard-to-reach areas’ can be difficult pastoral situations because of the lack of priests and the presence of many languages,” he said.

Other challenges include cultures that are difficult to understand, geographic remoteness and limited resources, said Fr. Arasu.

Some of the challenges can only be solved by catechists, he noted, adding: “But they need to be properly trained, supported, encouraged and recognized.”

Fr Arasu says that from the moment the Salesians began their ministry in Palabek in 2017, they began to train catechists among committed young people who were “very eager to serve”.

“Some of them have natural leadership and language skills,” he said of those who signed up to train as catechists.

“The Salesians took them to the Catechist Training Centers belonging to the local dioceses. More than 10 of them were well-trained enough and dedicatedly helped the community,” he added.

The priest who has higher education in Pastoral Theology says he began training another group of catechists once COVID-19 disrupted Church activities and forced those who had been trained to abandon the practice.

With the help of the senior catechists, Fr. Arasu signed up 22 lay people for catechesis inside the refugee settlement.

In his message shared with ACI Africa, Fr. Arasu explains that the classes for the formation of catechists took place from September to December 2021.

Among the challenges faced by Salesians at Palabek Refugee Services are the presence of many languages, the lack of liturgical books and Bibles in native languages, and the lack of registration for Catholics in the refugee settlement.

There is also a constant influx of new refugees, which Fr Arasu says makes it difficult to plan for pastoral care in the refugee settlement.

Other challenges, says the refugee chaplain at Palabek Refugee Services in Uganda, stem from traditional cultures and practices, which he says are new to pastoral workers.

“Each part of the Church has pastoral challenges. They are often unique and differ greatly from one another,” she said, explaining that the challenges refugees face stem from their constant need to move from one place to another in search of safety and better living conditions.

Regarding the refugees and migrants, he said that “before arriving in a refugee camp, they have already suffered from the lack of pastoral care in the war-torn areas. The situation only gets worse in a migrant camp. If they receive some pastoral care, they are truly blessed.”

The Salesian priest says that of 60,000 refugees, at least 40,000 are Catholic “or have been Catholic and now are not practicing”.

“We are in regular contact with about 2,000 people and another 500 occasionally attend prayers. But most want to be baptized and are proud to call themselves Catholic. It’s just an ‘external identity’. It is a great pastoral challenge to reach the ‘unchurched’. As pastors we are not discouraged,” he said.

Archbishop proposes an infallible prayer to fall asleep at night

Mon Feb 21 , 2022
The Archbishop of Baltimore (United States) and chaplain of the Knights of Columbus, Msgr. William Edward Lori, assured that the Church “has solved” “a long time ago” the problems of sleeping at night and for this it has an “official prayer ”. In an article titled “How to End the […] 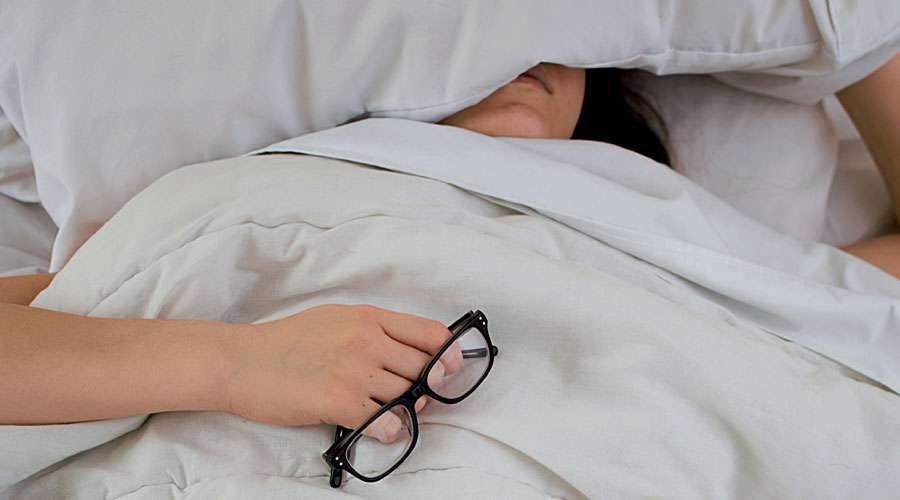