Russian actress Chulpan Khamatova, who we have seen in ‘Good Bye, Lenin!’ or ‘The Dancer’, she is in exile in Latvia for having spoken out against Putin’s invasion of Ukraine. Khamatova herself explained it in an interview available on YouTube, in which she said that although she traveled to Riga on vacation with her daughters, she decided/was forced to stay indefinitely for now when the conflict broke out: “At first I thought that I would just wait a while, but then I signed an anti-war petition and it became clear to me that it would be undesirable for me to come back,” reports Deadline.

The actress says that if she wants to return home to Russia, she should either deny the war or apologize for not supporting what President Vladimir Putin calls a “special military operation.” “I know that I am not a traitor. I love my country very much,” says Khamatova, who does not seem willing to abandon her principles and summarizes this imposition thus: “Lie to yourself, lie to the whole world, do not live according to the truth “. Also the dancer Olga Smirnova of the Moscow Bolshoi Ballet has publicly positioned herself against the actions of her country and she has had to move to the Netherlands where she has joined the Dutch National Ballet.

Born in Kazan on October 1, 1975, Chulpán Khamátova rose to international fame for her role as Lara in the 2003 film ‘Goodbye Lenin!’, although she had been working as an actress in Russian productions since 1998. She has participated in both film and in theater and television and other recognized titles of his career include the mini-series of ‘Doktor Zhivago’ and ‘Dostoevskiy’, the films ‘Domovoy’, ‘Sindrom Petrushki’ and ‘The Bra’, and the works ‘Three Sisters’, ‘ Mamapapasynsobaka’ or ‘The Storm’. Before devoting himself to the world of acting, Khamatova had studied mathematics and economics at the university in her city. In addition, in 2006 she was part of the Venice International Film Festival jury together with Catherine Deneuve, she is the co-founder of a charity organization to help children with cancer and was one of the eight people who carried the Russian Olympic flag at the opening ceremony. of the 2014 Winter Olympics in Sochi.

Interestingly, in 2012, Khamatova supported Putin in a propaganda video during the presidential election campaign, reportedly due to pressure on public funds to her charitable foundation, since she has even declared herself apolitical on occasion.

Sat Mar 26 , 2022
Pope Francis blessed an ambulance that Cardinal Konrad Krajewski, Pontifical Almoner, will personally take to the city of Lviv in Ukraine, on the second trip that the Cardinal makes to this nation, which is suffering the ravages of war after the invasion of Russia. According to Vatican News, Cardinal Krajewski […] 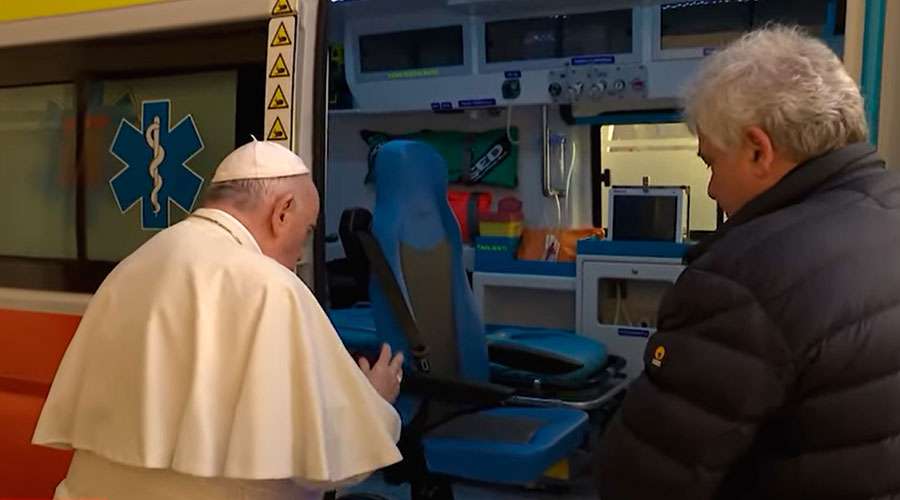