It has even become common narratives in which repressing some of our senses is mandatory to survive. Bird Box showed it with his eyes, when facing whatever is out there, the risk is deadly. To paraphrase this, watch by me (See For Me, in the original title) uses the absence of vision to build its world, but without monsters, at least not the ones with claws.

As if it weren’t enough to create tension involving a type of robbery, the feature also inserts a little technology, this one, beneficial for the protagonist: the See For Me app. Which offers real-time helpers around the world for people with visual impairments.

In the thriller, we watch Sophie, a young, blind ex-skier who goes to a secluded mansion in the mountains to take care of a cat. That is, the ideal place for a typical problem. Without further ado, the film puts its explosive thread: robbers who want money from a safe.

At first, the atmosphere of the project is very similar to that of Hush: Death Hears (which features a deaf character). But it is valid to say that watch by me earns its own merits, even if it doesn’t hit the nail on the head with many of them. Fortunately, its best core lies in its great use of twists and turns.

Work uses our tact to make us understand its purpose

The use of good writing in the face of facts generates the tension necessary to keep some of our senses active. Even if the formula for lighting the flame is as basic as possible. But therein lies the highest point of it. He offers great arguments for what is told, not only for the length to bring only the necessary but also the use of gimmicks that a non-audacious proposal would be afraid to use.

The use of different pressures towards the protagonist, for example, and also the constructions that go beyond her disability. Even if in countless moments it lacks a huge lack of responsibility regarding the most important side in a film of this type: tension.

The answer shown here is the most ideal for those eyes that don’t look for huge attitudes that value the most technical questions, it’s for those who are looking for a fast tale, even fresh and balanced with what it presents at various times.

Mon Jun 20 , 2022
On December 4, 2000, the Office of the United Nations High Commissioner for Refugees (UNHCR) under resolution 55/76 requested that as of June 20, 2001, World Refugee Day be celebrated; request that was approved on February 12, 2001 by the General Assembly. For the UN, international days are created to […] 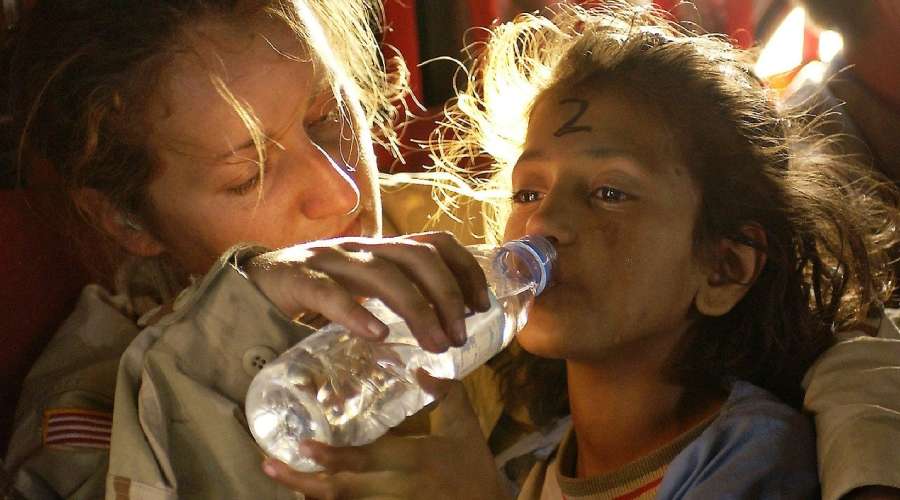