With many winks and well-executed action scenes, Uncharted: Off the Map embraces the fans but also opens the door to the rest of the public.

Doubts about the adaptation of Uncharted were sown since its announcement. The numerous changes of directors, postponements in its premiere due to the chaotic production due to Covid-19 and a leading duo that did not sit very well within the community of fans were some of the incentives that made this premiere a huge sign of question.

However, to the surprise of many and contrary to what a large part of the international press expressed, Uncharted: Off the Map It is a pleasant surprise and another piece within the good present that video game adaptations are going through.

Tom Holland and Mark Wahlberg shoulder this adventure from which, similar to video games, they take a huge chunk of screen participation and if one starts out skeptical about their performances, as the minutes and scenes go by they end up convincing you. that they are correct choices to give life to Nathan Drake and Victor “Sully” Sullivan.

Great credit for the proper functioning of Uncharted: Off the Map rests with Ruben Fleischer and the correct decisions he makes in the elaboration of the plot and the characters. With 4 canonical games and a handful of spin-offs that complement the universe, the director takes only the right and necessary narrative elements to make an origin film that allows a new audience not to be left out of the equation and gives fans their deserved easter eggs that resonate during the almost two hours of duration.

And just as it includes elements correctly, there is also a wise decision to leave characters and elements out of this equation because it was more than complex to make so many stories coexist in a harmonious plot, which is 100% original.

The winks are not part of the narrative sustenance but they work to give it that touch of color that transforms it into a correct adaptation. Sometimes they are dialogues, other times they are objects and other times particular movements: the essence of Uncharted it seeks to go beyond the screen without wanting to predominate over the story.

In narrative aspects, it is an action movie from end to end without any surprise twist or twist that seeks to unsettle us. The bigger the bucket of popcorn that we have in our hands, the greater the enjoyment, because Uncharted seeks precisely that: that we accompany Nathan and Sulli through different parts of the world in search of the lost treasure of Magellan.

The main mission maintains the spirit of the games, and in synergy, they accompany the good rhythm that the film develops, because at no time are there deep potholes: it is a constant movement of actions that keeps you attentive to each of the events that happen in screen, because you don’t want to miss a wink, a comment from Sully, or a move from Nathan.

The Nathan Drake that we know from the games is not the one that we actually see on screen, but it is a few steps behind that path and that is why, as an origin story, it is very functional. Here we will see the beginning of the relationship with Sullithe complicated and dizzying childhood with his brother Sam, the first encounters with chloe frazerand the awakening of his adventurous instinct.

For those who read this review and come from the gamer franchise, you will have noticed that the previous paragraph is a mix of the 4 installments of the video games, but there is one detail: all these pieces are in pursuit of building an original story. Despite many of its virtues, its weaknesses also weigh heavily. The excessive number of minutes that the protagonists have on screen is a counterweight to the side of the villains.

The development of Antonio Banderas and Tati Gabrielle as antagonists is almost nil, forcing a constant “just because” in most of their actions and a total lack of depth. In fact, it seems almost on purpose, but in the scenes where Banderas or other characters have absolute prominence in the scene, everything happens with incredible speed, without giving him the timing or enough space to know their motivations, empathize or hate them a little more. They’re just an excuse for Nathan, Chloe, and Sully to escape dozens of gangsters and fight acrobatically along the way.

Being an action and adventure movie, it must be recognized that there is a huge effort to provide originality in its staging, to move away a little from the nickname of “the modern Indiana Jones”. However, in this constant search to distance himself from those labels, he presents in the middle of his plot some scenes that strongly border on implausibility and break a little the climate that the film builds before and after. Yes, the third act of Uncharted: Off the Map it’s a complete party. References, shots, pineapples, music that transports us to the video game, originality in many of its scenes and, above all, it is part of the final metamorphosis to see the Nathan Drake that we control on PlayStation, and that ends up leaving us wanting more.

Without going into spoilers, that desire for more is fully reflected in the 2 post-credits scenes that the film has and that connect much more directly with the first installment of the video game, although as is clear in part of its narrative, in case If there is a sequel, it will continue to take elements to build its own adventurous path.

Uncharted: Off the Map It does not come to kick the genre board but it is not the disaster that most predicted. It is an entertaining action movie, which has an extra merit for being, at the same time, a more than successful and original adaptation of one of the most relevant video game franchises of the last 15 years.

Fri Feb 18 , 2022
After the rumors that emerged during the last week, the CEO of Embracer Group wanted to clarify the situation. It seems unbelievable, but Dead Island 2 was announced, with trailer included, eight years ago. Since then, the game has wandered between studio changes and the mystery around its development status, […] 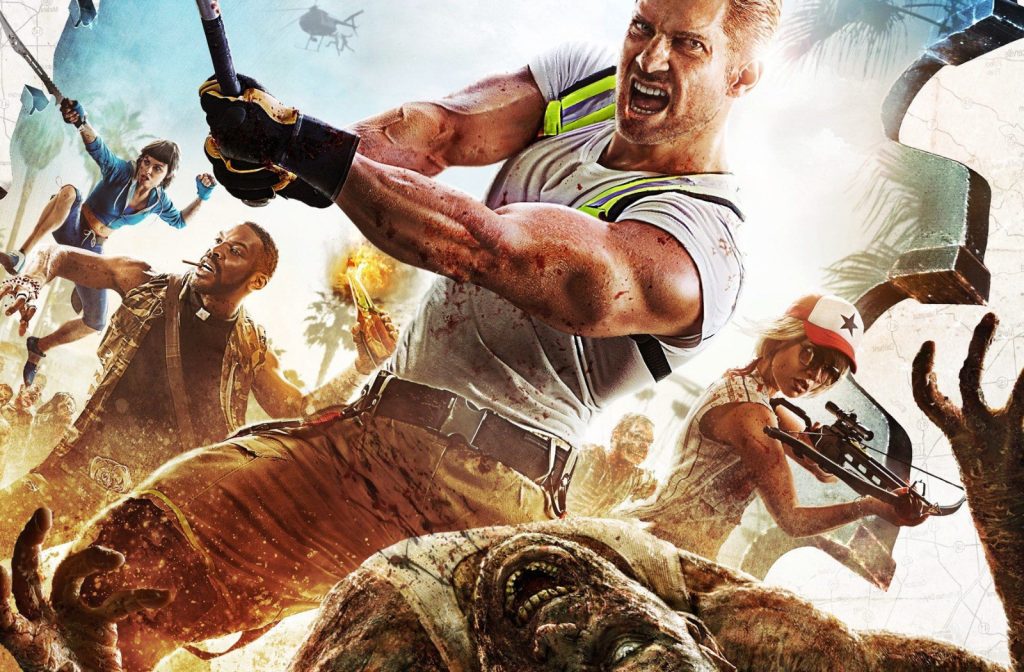