It wouldn’t be an exaggeration to say that there is a certain visual magic in the movies of Baz Luhrmann that hypnotizes and captivates us. It was like that with Romeo and Juliet (1996), Moulin Rouge (2001) and even the unforgettable O Grande Gatsby (2013), to name a few. Following this logic and all the hype that the Australian director’s films achieve, we could say that the biopic Elvis was born acclaimed, but at the invitation of Warner Bros. Pictures we watched and here are our impressions.

Narrated by Tom Hankswhich interprets Tom Parker (Elvis’ manager and quite controversial figure in the star’s history), in the first few seconds we have the definition of our antagonist. And then we’re going to use that word for a specific reason: the narrative not only tells us about Elvis’ passion for a superhero, it also presents him as one. Therefore, it is fair to call Tom Parker that, since he is one of the main responsible for Elvis’ success, but also for problems in his career and public image.

The nearly three hours of film follow Elvis for most of his life. Here we have flashes of Elvis inspired by an eight-year-old superhero, and hundreds of other key moments in the superstar’s career. Honestly, 3 hours might sound like a lot of screen time — what the director had already announced is a cut of more than four hours — but we maintain that the film is not only a visual masterpiece, but an extremely captivating piece of history. . These two characteristics combined manage to sustain the duration well, but that’s not all.

The glamorous direction, the flashy photography and the very precise and accurate art direction also make up each scene, making the film delicious in all its minutiae. It’s like Baz makes sure he’s creating a universe flawless enough for Elvis to be reborn and inhabitand that’s pretty much what happens when we bring one of the key components to the screen: the cast.

Many singers, actors, dancers and comedians have already dressed up and imitated one of music’s greatest stars, perhaps so much as to wear down – or almost trivialize – the image of Elvis. It is precisely in this that we find probably the biggest challenge of this film: to respond with dignity and respect to the much admired and widely popularized image of Elvis.

Austin Butler faces the mission with his head held high and gives us the best Elvis we’ve ever encountered in the cinema. It is almost impossible not to analyze your work with that of Egerton Conferencewho played Elton John in Rocketman and especially Rami Malek, who won an Oscar for playing Freddie Mercury in Bohemian Rhapsody. Of all these, Austin is the one who most embodies the character (although Taron has also done a formidable job as Elton).

The look, body movements, dance and costume may even be elements easier to replicate or simulate, but Austin presents us with essence, representing the ups and downs of Elvis Presley’s career. With a performance worthy of honoring the legacy and bringing a freshness to everything we know about the singer, Austin sings, plays instruments and hypnotizes viewers, not only teaching us how to play a legend, but showing us that he is also a star. with potential for billiards and captivating.

Tom Hanks fulfills the role and Olivia DeJonge impresses us with the similarity and sweetness of Priscilla Presley, icon wife. The script doesn’t present any big twists or surprises, especially when we’re already introduced to the character of Tom Hanks as a person of dubious character. Even so, the text exposes the emotions necessary to make us not only understand who Elvis was, the phenomenon, but also to deliver us behind the scenes and emotions that make us cheer and thrill for him as a person.

The musical numbers are grandiose and spine-tingling, even without a stadium scene, like the famous one in which Freddie performs at the Live Aid, in Bohemian Rhapsody. Baz’s direction, photography, costumes and especially the performances make us feel the passion of everyone involved in the production and history, involving each moviegoer and making us feel present in such great historical moments.

Elvis enters the podium along with other films of Baz Luhrmann that are practically born classics and deserve the post. Serving an extravagance worthy of Elvis’ trajectory, with respect to the star and with technical brilliance, he hits all the most demanding requirements. The film is able to show new generations why timeless stars are who they are, bringing the spectacle closer to those who may only know Elvis Presley as a distant memory — and making us fall in love with a superhero that Elvis has always had. dreamed of being.

The joy of belonging to Christ “cannot be hidden, it shines! And it is contagious”, affirms the Pope

Thu Jul 14 , 2022
On the morning of this Thursday, July 14, Pope Francis assured that the joy that comes from God “cannot be hidden, it shines! And it’s contagious.” These were the words that the Holy Father addressed to the participants in the General Chapters of the Order of the Mother of God, […] 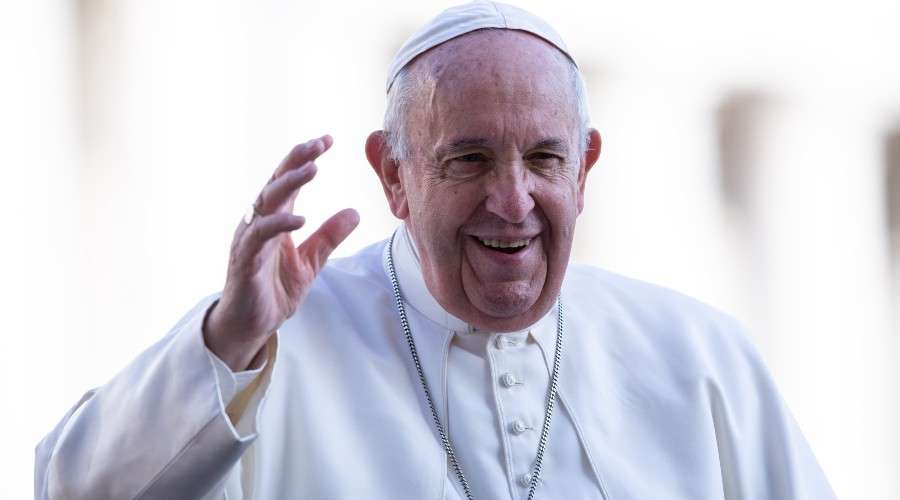