Money Heist is a popular Netflix show that was first released on 2nd May 2017. Since the day of its release, the season has successfully collected many fans and they went wild since seeing the first season itself. Since the year 2017, the very popular Netflix series has released 4 seasons up to this date and all seasons went hit.

The fifth and final season of La casa de Papel (another Spanish name for Money Heist show) is all set to entertain its fans by 3rd September 2022. The fifth season will officially premiere on Netflix this September and fans cannot contain their excitement. The fifth season is split into two halves and the final episode will be released on 3rd December 2022.

The show was so popular that its last season, which is the 4th season was watched by 65 million people after just 28 days of its release. This record has only been broken by earlier released French mystery thriller, “Lupin” in 2022 and it attracted 76 million viewers in the same 28 days. The final date of the fifth season was announced this Thursday by Netflix, as it 6 photos for the last and final season of the La Casa De Papel.

The fifth season will feature much of the main cast of Money Heist, which will include Álvaro Morte as The Professor, Itziar Ituño as Lisbon, Úrsula Corberó as Tokyo, Najwa Nimri as Alicia Sierra, Jaime Lorente as Denver, Miguel Herrán as Rio, Esther Acebo as Stockholm, Hovik Keuchkerian as Bogota, Rodrigo de la Serna as Palermo, and Belén Cuesta as Manila.

As per some resources, it is being predicted that the great ending of the final season is approaching, and what began as simple robbing will now turn into a huge war. The fifth season will release in 2 halves of 5 episodes each, whose 1st Volume will be released on 3rd September, and 2nd volume will be released on 3rd December. Fans all over the world are eagerly waiting to finally know the mystery in the 5th season and it will undoubtedly make new records.

Sat Jul 3 , 2021
Brooklyn, NY – In a new shocking video released by the police on Thursday, a woman is seen being attacked and allegedly groped. Authorities say the suspect jumped her, touched her inappropriately without consent, and took off. Footage Covers the Attack  The woman, 35, was walking on the street at […] 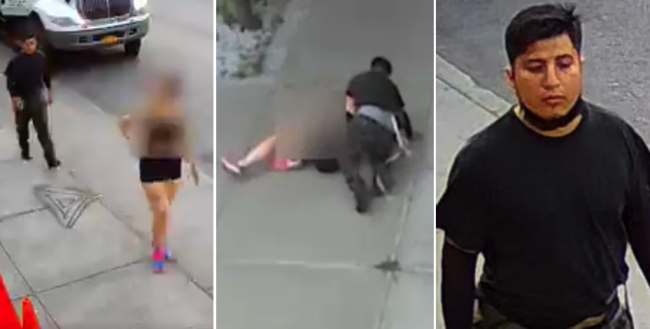