It was one of the most anticipated moments of this summer and it has finally happened. A few days ago, Princess Leonor returned to Spain after completing her first year of high school at a boarding school in Wales. The heiress comes to her country to enjoy the summer vacations and the moment in which she could be seen to reappear after this year away from her parents and her sister was long awaited.

Well, after not attending Ingrid Alexandra’s gala dinner from Norway, the timing of her appearance was becoming a stretch, but it has already happened. Kings Felipe and Letizia have opted for a surprise cultural plan together with their daughters, Princess Leonor and Infanta Sofía. On this occasion, the Spanish Royal Family has attended the Teatros del Canal to see the play ‘De Sheherazade’, directed by María Pagés and El Arbi El Harti. 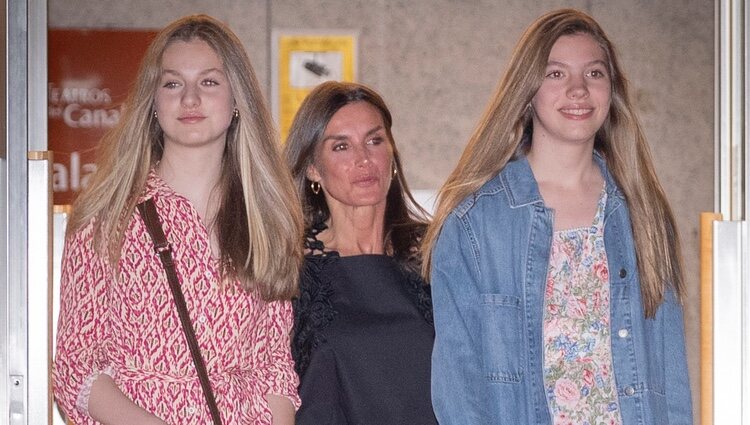 The Kings and their daughters have left the theater to applause and cheers from the people who were in the place and smiled kindly at all the people. Queen Letizia opted for a simple look of a black strapless blouse and white pants with flat shoes, while the King wore a classic blue blazer and checkered shirt. The skin color of both is very striking, but especially that of Letizia, who seems to have been sunbathing lately because of the red tone that she throws her skin to.

The sisters, smiling and happy

Surely the Infanta Sofía misses her sister a lot now that she has her studying abroad, that’s why it was nice to see them together again in this cultural plan. As for the outfits, it must be recognized that both have improved a lot and that it shows that they are giving a change according to their age. In the case of the Infanta Sofía, her choice has been a short floral dress with a denim shirt and heeled wedges. She was most favored. 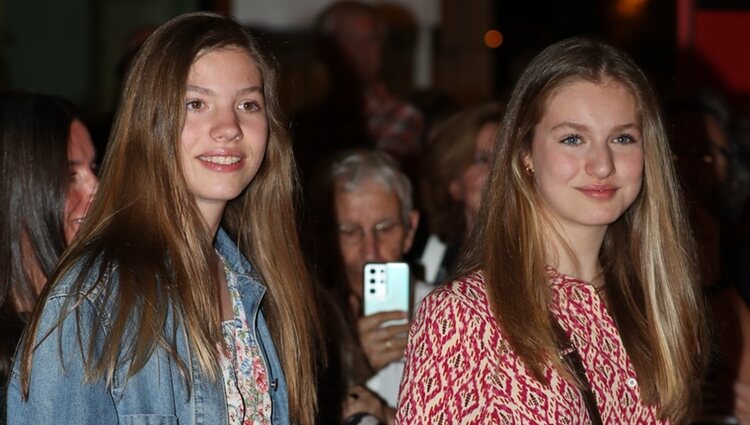 For her part, Princess Leonor was in the eye of the whole world to see if she had changed in all this time and, above all, after living such an enriching experience at her age as going to study abroad. The Princess has chosen a red and beige print dress with elbow length sleeves and high wedges, just like her sister. In addition, she completes it with a crossbody bag, an accessory that she has not yet accustomed us to. The Family has shown complicity and have been very smiling at all times.

Sun Jun 26 , 2022
Leading the Angelus prayer this June 26, Pope Francis invited the Virgin Mary to “help us make our own the firm decision of Jesus to remain in love until the end.” This is what the Holy Father said when reflecting on the Sunday Gospel passage in which Saint Luke recounts […] 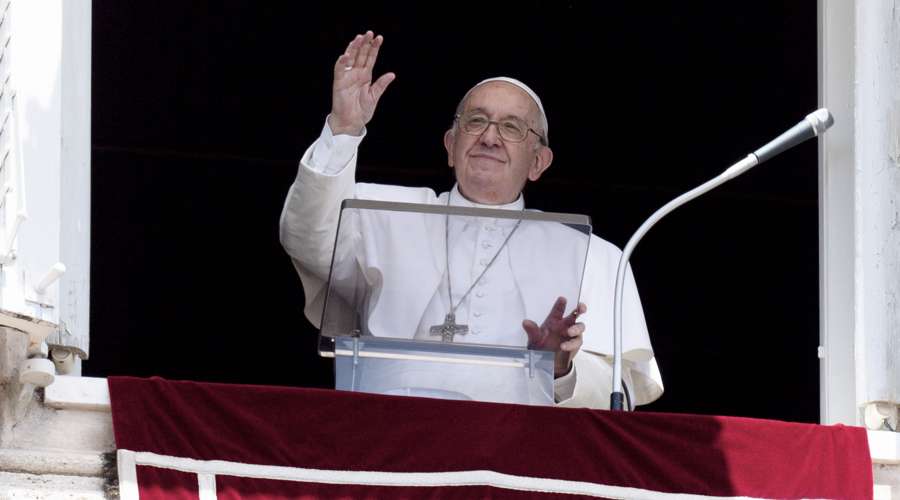