A West Virginia priest has spoken publicly about holding a funeral Mass and proper burial for more than 100 aborted babies that pro-life activists say they have rescued outside a Washington DC abortion clinic.

“I buried the babies myself,” revealed in an interview with CNA, the ACI Group’s English agency, Fr. Bill Kuchinsky, 62, a former defender of the unborn who also directs the Catholic prison ministry for the entire state of West Virginia.

The presbyter refused to reveal where the remains were buried, saying only that it was in a private location.

“They are in a peaceful place and will be well cared for,” Fr. Kuchinsky said, adding that a “proper tombstone” will eventually be added. “They have a large statue of the Immaculate Heart of Mary looking directly over them for now,” he said.

CNA also found that the Bishop of Wheeling-Charleston, Msgr. Mark Brennan, fully supports the steps his priest took to ensure that the babies’ remains were treated with respect.

“Fr. William Kuchinsky’s Mass and the burial of around 100 aborted children at a Washington DC abortion facility follow a long Christian tradition of practicing corporal work of mercy for the dead, honoring their physical remains and burying them with love. Msgr. Brennan said in a statement sent to CNA on April 19.

“I fully approve the solidarity actions of Fr. Kuchinsky. They remind us that these were real human children, not lifeless things, until their lives were unjustly taken,” the Bishop added.

Activists Lauren Handy and Terrisa Bukovinac of the group Progressive Anti-Abortion Uprising (PAAU) revealed to the press on April 5 that they got 115 aborted babies from a driver for a medical waste company outside the Washington Surgi-Clinic on March 25, with the intention of giving the babies a decent funeral and burial.

Five of the babies, who appear to be of late gestation, were located and collected by the Metropolitan Police Department March 30th. PAAU said it arranged for Washington, DC police to collect and examine the babies, fearing their injuries might be evidence of illegal abortions.

At an April 5 news conference, Handy, who identifies as Catholic, said all 115 victims received a funeral Mass and that the 110 babies not in police custody were buried “in a private cemetery by a priest.”

Although the priest remained unnamed at the time, Fr. Kuchinsky was soon identified.

During the burial of the babies, the priest said he recited a prayer, blessed the grave and placed a crucifix on it, marking where they lie.

“Deeply honored”’ to be involved

Father Kuchinsky said Handy first contacted him the day he received the babies, March 25. When he called her back after two days, he found out about the remains of the aborted babies.

“She asked me to come offer prayers for the babies in her apartment where the little ones were kept in the fridge. She said it would be nice,” she said.

Father Kuchinsky said he met Bukovinac, an atheist, at the Washington DC apartment where the funeral Mass was held on March 28. However, he has known Handy from pro-life work for about seven years.

“I was deeply honored that she trusted me with the funeral and burial apostolate,” he said.

Father Kuchinsky said he suggested celebrating a funeral Mass when he arrived at the apartment. Eight defenders of life attended, including Handy and Bukovinac. Four of the eight were Catholic.

“There was a great sense of reverence throughout our time together. It was almost palpable,” she said.

Father Kuchinsky said he saw the babies inside the refrigerator in the apartment. “The door was opened for me to see them, but I did not look closely at them to examine their mortal remains. I saw the largest containers with the five oldest babies and many small denture cups that contained the remains of the first trimester aborted unborn. They were neatly stacked next to the larger scraps and in the refrigerator door,” he recalled.

“At the time,” he added, “I really didn’t feel like taking a closer look at these poor kids” because he was preparing for Mass.

Kuchinsky said it was the first funeral Mass he remembers celebrating outside a church. He explained that he slightly adapted the sentences because there were 115 children instead of one. He recalled seeing “a lot of tears” that day.

“These babies were loved by those present,” said the priest. The burial, he added, took place on April 1.

“I felt an obligation to them”

The priest said that in this circumstance there was no time to seek “special permission” from his diocese. “I think as a priest, those permits, the faculties, were mine to use for the benefit of souls and the faithful,” he told CNA.

Fr Kuchinsky said he had some misgivings about the legal implications of private burial, but went ahead because his “main concern” was that the remains be treated with dignity.

“I remembered that these were babies that were killed and taken away to be burned, possibly for energy, as ‘medical waste,’” he wrote in an email.

“I felt an obligation to them, to God and to humanity, to make sure they had a proper burial,” he said.

Exposing the ‘reality’ of abortion

Father Kuchinsky said he wants people to know first and foremost that these babies “are loved by God” and that “Jesus wants to forgive, save and heal those who have chosen to kill their babies.”

The priest also said he is praying that more people find out what is behind the abortion industry, which “takes the life of a human being in the most appalling way,” he wrote in an email to CNA.

She also said she prays that the babies, and photos of them, “can help wake people up to the atrocities that are being committed thousands of times a day, so that we can choose life.”

Since the discovery of the remains of the five babies, lawmakers have sent several letters and pro-life groups have held rallies calling for a full investigation and autopsies of the babies’ bodies.

The mayor has not given indications that the city intends to autopsy the remains. Rather than address concerns about the abortionist, he suggested that Handy may have violated federal law.

While Washington DC police have previously said all five babies were aborted in accordance with DC law, pro-life leaders are concerned that the abortions may have violated federal law that prohibits the killing of babies outside the womb.

The Metropolitan Police Department told CNA there would be no updates regarding its investigation until Monday. CNA has also contacted the Washington Surgi-Clinic several times, but has not received a response.

The Washington DC Medical Examiner’s office is directing all questions to the mayor’s office, which has not responded to multiple CNA requests for comment.

Today Saint Anselm of Canterbury is celebrated, who encourages us to give reason for our faith

Thu Apr 21 , 2022
Every April 21, the Catholic Church remembers Saint Anselm of Canterbury, a Benedictine monk of the 11th century, who came to occupy the seat of Canterbury (England) as archbishop. Saint Anselm of Aosta -as he is also known- was an outstanding theologian and philosopher, considered the “father of scholasticism”. He […] 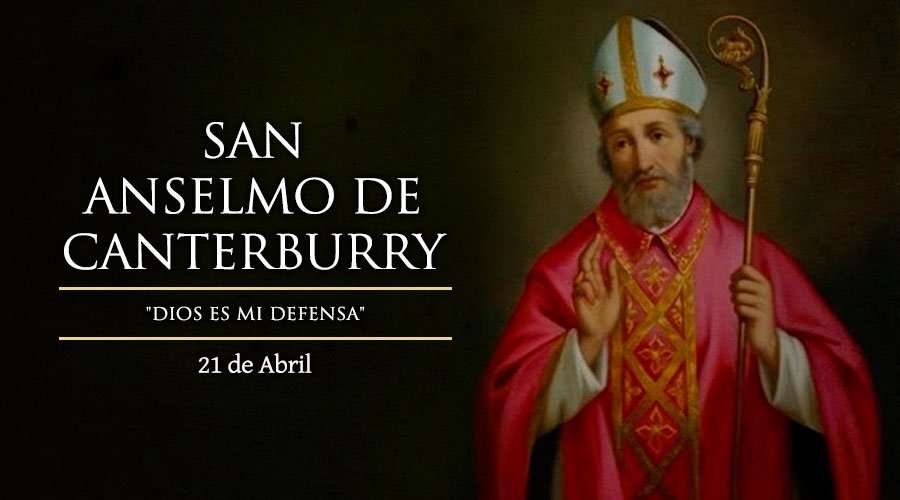