Fr. Steven Labat, a 32-year-old priest of the Emmanuel Community, recently died in an accident during an excursion to Sinai, Egypt. The Archdiocese of Paris (France), to which he was incardinated, confirmed his death on May 9.

Born in 1990 in Montreal (Canada), in a Lebanese family, he moved with his parents to Cairo (Egypt) when he was just four years old.

Over the years he discovered his vocation and was trained for the priesthood in Belgium, and then he would arrive in France.

He was ordained a priest on June 26 of this year at St. Sulpice in Paris, and had been sent to study for a year in Cairo to familiarize himself with his rite of origin, the Melkite.

The Emmanuel Community emerged at the end of the 20th century in Paris, and is recognized by the Holy See as a public association of the faithful, bringing together priests, consecrated persons and families. It currently has a presence in 60 countries, with more than 11,500 members, including 275 priests.

The Archdiocese of Paris expressed on its Facebook page that “Steven was a fraternal, joyful and missionary man. We share the pain of his family, of the young priests ordained with him, of the Emmanuel Community and of the Paris Seminary”.

In an interview posted on the Emmanuel Community website before his ordination, the late priest recalled that “the Lord had shown me that he had a place for me in his heart.”

The funeral of Fr. Steven Labat was held on May 10 in Cairo at noon (local time).

The Auxiliary Bishop of Paris and head of the Emmanuel Community, Monsignor Philippe Marsset, will celebrate a Mass in memory of Fr. Steven this May 21 at 2:30 pm in the church of San Nicolas des Champs.

Wed May 11 , 2022
Part of the roof of the central nave of the Cathedral of Guarenas, in Venezuela, collapsed when a sacred music concert was being held on May 7. “It is with deep sadness that I regret to report that (…) in full concert by the Guarenas Symphony Orchestra, part of the […] 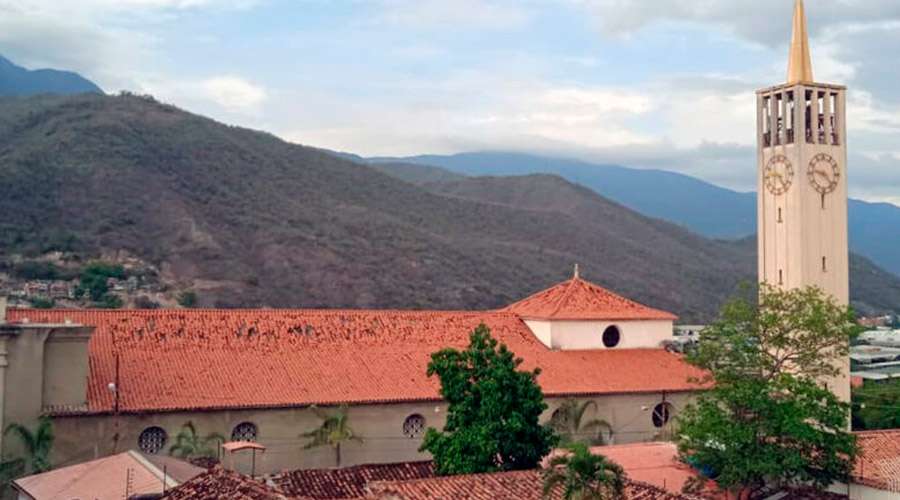