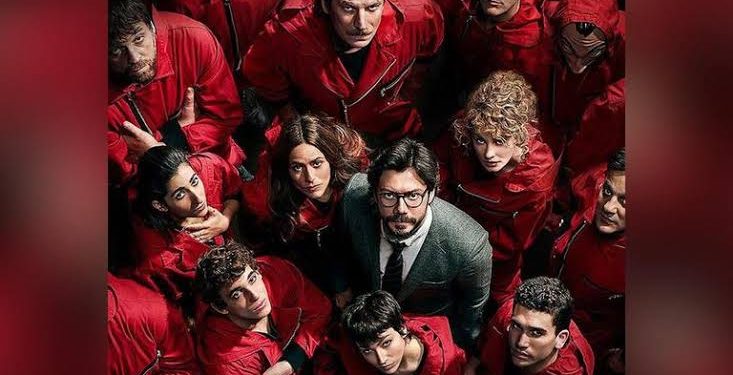 There hasn’t been a shortage of online predictions since the last episode of Money Heist part four ended on an unexpected cliffhanger, making the wait for the 5th season almost unbearable. With the release of the last chapter approaching, it’s time to examine some of the possibilities that could be at the heart of the show’s remaining story.

With four parts so far, Money Heist has been one of the best heist TV shows to date. The series has been renewed for a 5th season, with the final season splitting into two parts. There will be two volumes in the 5th season and each volume will contain five episodes.

The two volumes of the 5th season of Money Heist are all set to release on 3 September and December 2022 respectively. Here are the potential predicted events towards the series’ climax that require your attention, including the next possible casualties, story twists, and unexpected character entries.

The heist series features a gang of criminals commanded by a mastermind dubbed “The Professor” by everyone. It all begins when The Professor picks up Tokyo as she flees an unsuccessful heist. He invites her to take part in a large-scale robbery. He organizes a gang of thieves to plot and carries out a multi-day theft at Spain’s Royal Mint.

The professor assigns identities to the robbers and instructs them not to use or divulge any personal information. Tokyo, Rio de Janeiro, Berlin, Denver, Moscow, Helsinki, and Oslo are the names of the robbers, aka the “Gang”. They all wear crimson jumpsuits and Salvador Dali masks. Several disputes and bonding moments occur within the group. The audience is eagerly waiting to see what will happen next.

Alicia will join the heist team.

Giventhe events of the 4th season, Alicia as a new heist member appears to be the most likely option. After losing her job and reputation, Alicia is in a great position to join the gang. Even if she has a hidden agenda, she currently has the upper hand against the Professor, and with her kid on the way, changing sides is in her best interests.

Denver will be the next city to fall victim to.

This one hurts a little, but the data indicates that Denver’s death in the upcoming season is a possibility. Denver is on the hit list, and one hypothesis claims that his death was foreshadowed by the fact that he was existing in the scene that matched Nairobi’s reunion with the late heist members after she was killed.

Stockholm will depart from the heist crew.

At the end of the 4th season, fans saw that things between Stockholm and Denver were strained. Stockholm was left thinking if Denver was the proper person to help her raise her child, whose name is Cincinnati, especially after witnessing the violence he was capable of causing when he beat Arturo.

Tokyo may be the last one standing.

This hypothesis has been circulating on the internet, and while some are completely opposed to Tokyo being the last person alive, we believe it makes a lot of sense. Tokyo is the narrator of Money Heist, and she controls the majority of the plot. This suggests that Tokyo may be relaying the story after all has happened.