At the Angelus this Sunday, July 31, one day after returning from his apostolic trip to CanadaPope Francis warned about greed, a disease that destroys people.

From the Apostolic Palace of the Vatican, the Holy Father reflected on this Sunday’s Gospel and explained that “theunbridled ambition for possessionsalways wanting to get rich, is a disease that destroys people.”

“Because the hunger for possessions is addictive. Especially those who have a lot are never satisfied: they always want more, and only for themselves, ”he explained next.

Before the faithful present in Saint Peter’s Square on this hot July morning, Pope Francis lamented the occasions in which brothers fight over inheritances and assured that “greed is also a dangerous disease for society”.

“Because of his fault,” continued the Pope, today we have reached other paradoxes, an injustice like never before in historywhere a few have a lot and many have little.

“Let us also think of wars and conflicts: The craving for resources and wealth is almost always involved. How many interests are behind a war! Without a doubt, one of them is the arms trade,” said Pope Francis.

Subsequently, the Pope encouraged us to question our behavior in the face of wealth and possessions and warned about the danger of turning money into a cult and “true idolatry.”

“That is why Jesus warns us with strong words. He says that one cannot serve two masters, and – let us be careful – he does not say God and the devil, or good and evil, but God and riches (cf. Lk 16:13). Use of riches yes; serving wealth is not: it is idolatry, it is offending God, ”he assured.

Later, the Pope defended that “it’s fair to want to be rich”, whenever one becomes rich according to God: “God is the richest of all: he is rich in compassion, in mercy. The wealth of him does not impoverish anyone, he does not create fights or divisions”.

“It is a wealth that loves to give, distribute, share. Brothers Sisters, accumulating material goods is not enough to live wellbecause – Jesus repeats – life does not depend on what one possesses (cf. Lk 12,15)”.

Instead, the Holy Father explained, “it depends on good relationships: with God, with others and also with those who have less.”

Finally, the Pope returned to the theme of inheritance and invited us to ask ourselves some questions about it: What inheritance do I want to leave? Money in the bank, material things, or happy people around me, good deeds that are not forgotten, people I have helped to grow and mature?

“May Our Lady help us to understand what are the true goods of lifethose who remain forever”, he concluded.

After saying this Marian prayer, Pope Francis recalled that yesterday, Saturday, July 30, he returned from his trip to Canada.

He thanked everyone who have made this “penitential pilgrimage” possible, from the chiefs of indigenous populations to the authorities and those who have accompanied him in prayer.

In addition, he recalled that during his apostolic journey has not stopped praying for the Ukrainian people“attacked and martyred, asking God to free him from the scourge of war.”

“If the truth were seen by objectively observing and considering the damage that the war causes every day not only on the Ukrainian people but on the whole worldthe only reasonable thing would be to stop and negotiate”, said the Holy Father, who called for a concrete solution of peace.

He also recalled that this Sunday the Catholic Church celebrates the day of Saint Ignatius of Loyola and sent a special greeting to all the Jesuits: “Continue to walk with zeal and joy in the service of the Lord. Be brave!” exclaimed the Holy Father.

Víctor Elías, devastated by the death of his mother: "Dad, take care of her up there"

Sun Jul 31 , 2022
Víctor Elías is going through one of the most complicated moments of his life after having to say goodbye to the most important person, the one who brought him into the world and the one who gave him all his love: his mother. The musician faces the painful death of […] 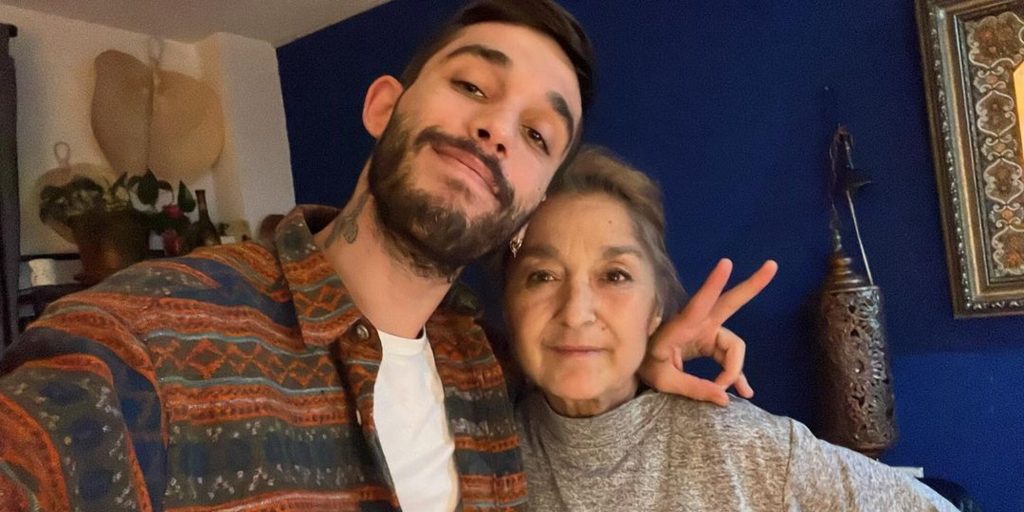