Pope Francis went to the Basilica of Santa Maria Maggiore this Friday, July 22, where he prayed before the icon of the Virgin “Salus populi Romani”, patron saint of Rome.

The Vatican reported that the Pope visited this Marian Basilica in the morning and prayed in private, the goal of numerous faithful and pilgrims, as he traditionally does before and after each international apostolic trip.

“Pope Francis went to the Basilica of Santa Maria Maggiore to pray before the icon of the Virgin “Salus Populi Romani” and to entrust his next trip to Canada. In the end he returned to the Vatican,” a Vatican statement said.

In addition, in a photo released by the Holy See Press Office, the Pope is seen sitting in a wheelchair.

Devotion of the Holy Father

The Basilica of Santa Maria Maggiore has a special meaning for Pope Francis, as it is the place he visited on the morning of the first day of his pontificate, on March 14, 2013, to entrust his Petrine ministry to the Mother of God before the ancient icon of Mary ‘Salus Populi Romani’, protector of the Roman people.

Since then, every time he undertakes an international trip, Pope Francis goes to this basilica to pray before, and to thank afterwards, for the fruits of his apostolic visit.

According to the planned program of the trip, the Pope will visit the Canadian cities of Edmonton, Quebec and Iqaluit from July 24 to 29. There he will meet with members of Canadian indigenous groups, survivors of residential school abuse and Catholics.

Pope Francis will be the second Pontiff to visit Canada after the three trips made by Saint John Paul II in 1984, 1987 and 2002.

At the conclusion of the Sunday Angelus prayer on July 17, Pope Francis explained that his apostolic trip to Canada will be a “penitential pilgrimage” and that he will go “in the name of Jesus to meet and embrace indigenous populations.”

“Next Sunday, God willing, I will leave for Canada: for this reason I now wish to address all the inhabitants of that country. Dear brothers and sisters of Canada, as you know, I will go among you above all in the name of Jesus to find and embrace the indigenous populations,” the Holy Father said on July 17.

On that occasion, Pope Francis acknowledged that “unfortunately, in Canada, many Christians, including some members of religious institutes, have contributed to policies of cultural assimilation that, in the past, have seriously damaged, in different ways, communities native”.

Along these lines, in April 2022, the Pope recalled that he received at the Vatican some representative groups of Canadian indigenous peoples, “to whom I expressed my pain and my solidarity for the evil they have suffered.”

“Now I’m about to make a penitential pilgrimagewhich I hope, with the grace of God, can contribute to the path of healing and reconciliation already undertaken”, he stressed.

For this reason, the Pope thanked all those who are preparing the trip and asked everyone to “accompany him with prayer.”

Pope Francis is expected to issue an apology in Canada on behalf of the Catholic Church for abuses committed against indigenous students in residential schools run by Catholics.

Canadian bishops said last year that they would welcome Francis’ visit as a “pilgrimage of healing and reconciliation.”

What is AMC + and how to see it in Spain?

Fri Jul 22 , 2022
How to watch AMC+? The Battle of the platforms continues its course and this month a new combatant has arrived in Spain: AMC+. The streaming platform of one of the most iconic channels of the Third Golden Age of the series. AMC He began his career in the world of […] 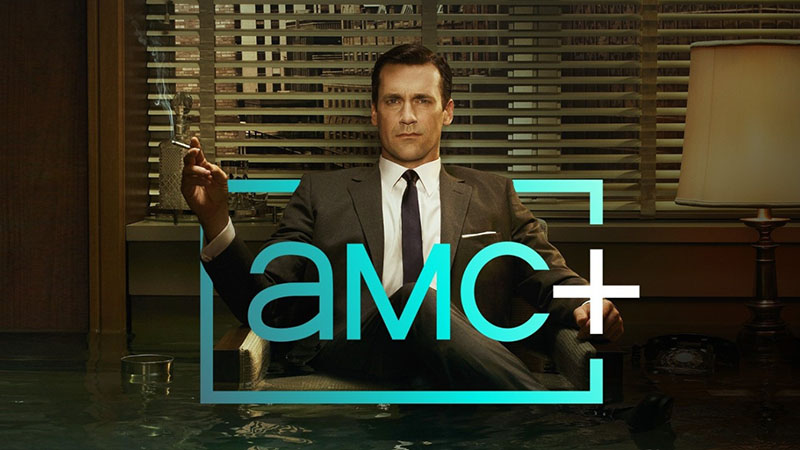