Leading the Angelus prayer this June 26, Pope Francis invited the Virgin Mary to “help us make our own the firm decision of Jesus to remain in love until the end.”

This is what the Holy Father said when reflecting on the Sunday Gospel passage in which Saint Luke recounts when Jesus “made the firm decision to set out for Jerusalem” (Lk 9:51).

In this line, the Pope pointed out that Christ began “the ‘great trip’ to the holy city, which requires a special decision because it is the last” while “the disciples, filled with an enthusiasm that is still too worldly, dream that the Master is on the way to triumph; Jesus, on the other hand, knows that rejection and death await him in Jerusalem.”

“May the Virgin Mary help us to make our own the firm decision of Jesus to remain in love until the end.”, invited the Pope.

In addition, the Holy Father highlighted the “Merciful Love of the Father” and encouraged to ask for the grace of increase “patience, perseverance and penitential spirit” to imitate the attitude of Christ.

Jesus walks the path “of firmness, which, far from being translated into hardness, implies calm, patience, long-suffering, without thereby slackening in the slightest in our efforts to do good.”

“This way of being does not denote weakness, but, on the contrary, a great inner strength. Allowing yourself to be overcome by anger in adversity is easy, it is instinctive. The difficult thing, instead, is to dominate oneself, doing like Jesus, who – says the Gospel – set out for another village”, explained the Pope.

Therefore, the Holy Father suggested do good “without recrimination” since “Jesus helps us to be serene people, happy with the good we have done and without seeking human approval”.

In this sense, the Pope invited us to question ourselves “and what is our position? In the face of disagreements, misunderstandings, do we turn to the Lord, do we ask for his perseverance to do good? Or do we look for confirmation in the applause and end up bitter and resentful when we don’t listen to them?

“Let us then ask Jesus for the strength to be like him, to follow him firmly on this path of service, In order not to be vindictive, not to be intolerant when difficulties arise, when we spend ourselves for the good and others do not understand it, they even disqualify us, silence and move forward”, exhorted the Pope.

Here is the Gospel commented by Pope Francis:

51It happened that as the days of his assumption were coming to an end, he confirmed his will to go to Jerusalem,52and he sent messengers ahead of him, who went and entered a town of Samaritans to prepare an inn for him;53but they did not receive him because he intended to go to Jerusalem.54When his disciples James and John saw him, they said, “Lord, do you want us to call fire down from heaven and consume them?”55But turning, he rebuked them;56And they went to another village.57As they were walking, one said to him, “I will follow you wherever you go.”58Jesus said to him, “Foxes have holes, and birds of the air have nests; but the Son of man has nowhere to lay his head.”59To another he said, “Follow me.” He replied, “Let me first go and bury my father.”60He replied: “Let the dead bury their dead; you go to announce the Kingdom of God.”61Another also said to him: “I will follow you, Lord; but let me first say goodbye to those in my house.”62Jesus told him: “No one who puts his hand to the plow and looks back is fit for the Kingdom of God.”

Omar Sánchez would be having a bad time for Anabel Pantoja: they have seen him crying on the beach

Sun Jun 26 , 2022
HomeTelevisionOmar Sánchez would be having a bad time for Anabel Pantoja: they have seen him crying on the beach WITH REGRET The canary would be experiencing a complicated moment due to everything he is seeing and hearing from Anabel Pantoja. Rachel Alonso Sanchez Jun 26, 2022 These are not easy […] 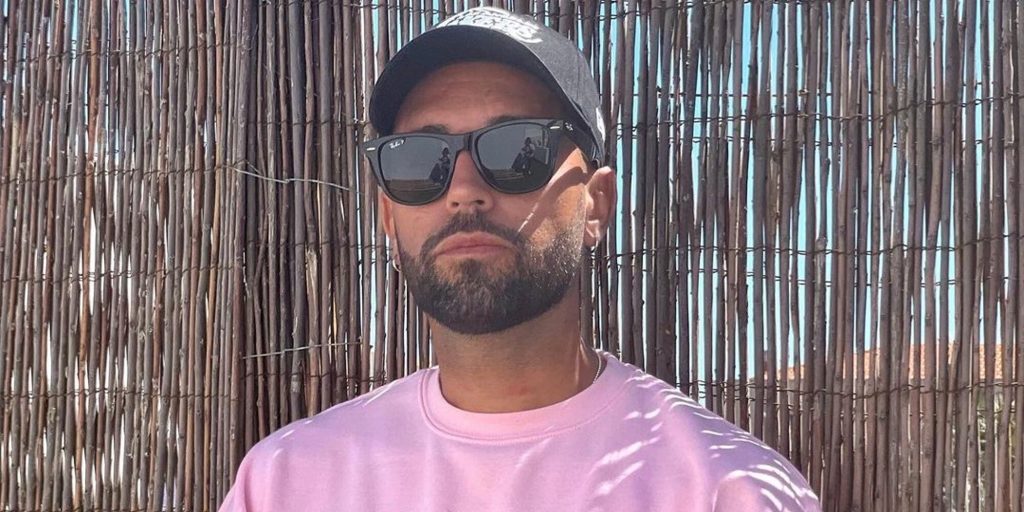