The pontifical foundation Aid to the Church in Need (ACN) called on political and religious leaders in Nigeria to condemn the murder of Deborah Yakubu, a young Christian stoned to death and burned on Thursday, May 12, by Muslim extremists.

He has a face, so it should be easy to identify having admitted on video, claiming to have set Deborah on fire in Sokoto.

I’m trusting @SpeakerTambuwal and @PoliceNG to announce his arrest and that of other accomplices in a matter of days for prosecution.

“Our thoughts and prayers are with Deborah’s family and the entire Sokoto Christian community. At the same time, we call on all political and religious leaders in the country to strongly and explicitly condemn this onslaught of religious extremism,” said Thomas Heine-Geldern, CEO of ACN.

Yakubu was stoned to death and later burned at the Shehu Shagari College of Education, Sokoto, in northern Nigeria. According to her executioners, the young woman had shared during Ramadan – the holy month of Muslims that ended on May 1 – an audio on WhatsApp in which she allegedly spoke ill of Muhammad, for which she was accused of blasphemy. .

In those days the study center had been closed for rest. When classes resumed, a group of students waited and attacked Deborah, stoned her and then set her body on fire. The college was closed by order of the Sokoto State Government.

In a note released by ACN, Heine-Geldern pointed out that the pontifical foundation “denounces this new act of violence”, and warned that “the situation of extremism and violence in the country in recent years is terrible, chilling. Almost every week there are kidnappings and dozens of deaths, but this barbaric act leaves us speechless.”

The executive director of ACN pointed out that “the religious extremism that we know so well from Boko Haram and that has claimed so many innocent deaths, seems to be spreading and polarizing more and more parts of society.”

“There is a serious crisis of religious freedom and not only at the hands of terrorist actors. The Nigerian government must seriously rethink where the violence is dragging its country and how to uphold the rights of all citizens,” he said.

ACN noted that “since 1999, twelve northern Nigerian states have adopted Sharia criminal codes. [ley islámica] that function in parallel to the secular and customary courts”.

“Many sharia laws in northern Nigeria include very severe punishments for blasphemy, up to the death penalty. However, the sharia ensures at least a regulated process, without resorting to lynching and summary execution, as has been the terrible case in Sokoto, which is not the first in the country,” the pontifical foundation said.

According to ACN’s latest Religious Freedom Report, “after 20 years of sharia, the situation in northern Nigeria has worsened. Ethnicity and religion have become an effective means of obtaining power, resources and privileges”. According to the report, Islamic law has further divided the country.

For his part, the Bishop of the Diocese of Sokoto, Msgr. Matthew Hassan Kukah, condemned the murder of Deborah Yakubu and asked the authorities to investigate “the incident to determine the cause of the action and bring the perpetrators of the act to justice.” ”.

ACN indicated that the Prelate, who promotes interreligious dialogue in his diocese, “recalled that Christians have been living in peace with their Muslim neighbors in Sokoto over the years” and called to “keep calm and wait for the action of Justice”.

Today is the feast of Saint Matthias, the “twelfth” apostle

Sat May 14 , 2022
Today, May 14, the Church remembers Saint Matthias, the one chosen to occupy the place that the traitor Judas Iscariot had left among the Apostles. We can find in the Acts of the Apostles unequivocal signs of how much appreciation the early Church had for him, as well as the […] 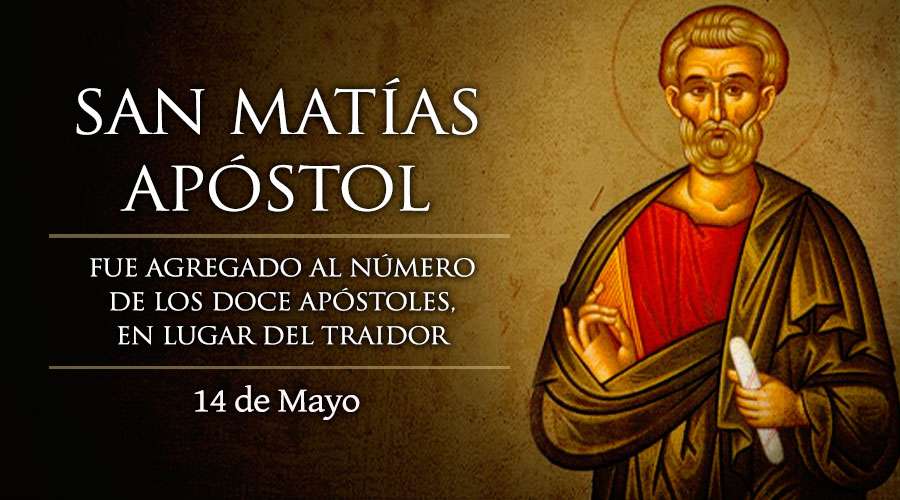