When we discovered the existence of Phobia: Hotel St. Dinfnaour brains immediately went to the never praised enough Resident Evil 7. For the uninitiated, we are referring to the recent fatigue of Pulsatrix Studiosavailable from the end of June on PlayStation 4, PlayStation 5, Xbox And PC. A title that mixes first-person shooting with dozens of environmental puzzles to be solved using ingenuity. All, of course, accompanied by horror atmospheres and a location as fascinating as it is disturbing.

With all these interesting premises we did not resist: we contacted the publisher of the Brazilian team and we had a copy of the game sent to us for the latest console Sony. If you are curious to know how it went, all you have to do is continue reading our review.

After a prologue necessary to become familiar with the controls, Phobia: St. Dinfna Hotel puts us in the shoes of the journalist Roberto Leite Lopes. A journalist who, determined to investigate the strange events of the hotel that gives the game its name, decides to go near Thirteen Tiliain Brazil. But something goes wrong. Suddenly Roberto he is in a room he does not recognize, with all his luggage scattered everywhere. It is then up to us to find out what happened in that mysterious place, while we try to escape once and for all from the hotel. Meanwhile, mysterious shadows move in the corridors and a strange little girl wearing a gas mask appears to be seeking our attention.

The plot Phobia contains all the elements that make good horror valid. There is mystery, tension, some splatter moments and that touch of normality and everyday life that makes everything even more scary. What fascinates is not so much the protagonist and the story of him, but the secrets that hide behind the facade of the Santa Dinna. We were really glued to the pad throughout the twelve hours of the campaign, being pleasantly surprised by the work done by the Brazilian team.

Needless to say, from a playful point of view, Phobia: St. Dinfna Hotel behaves in a very similar way to the aforementioned Resident Evil 7. The feature that makes the title different, however, is the use of the camera. Through this tool that we will find at the beginning of the game we will be able to see the rooms that surround us as they were in 1960. This mechanic gives life to very interesting environmental puzzles, forcing us to “back and forth” in the various eras to find all the elements necessary to solve all the puzzles. Everything happens very smoothly, without the need for any kind of uploads.

Furthermore, the enigmas are the strong point of the production. We really enjoyed getting through each puzzle to move forward on the adventure, discovering new areas of the hotel and exploring a truly successful setting. The limited inventory also returns, forcing us to use the giant communicating trunks to carefully choose what to bring with us.

Very similar to the title Capcom also the setting of the gunplay, which however is not as precise as the source of inspiration. The creatures are clumsy and we have noticed a really basic (sometimes even too much) artificial intelligence. The various weapons appear different from each other, but sometimes the feeling of the shots is not communicated correctly to the player. You have the sensation of shooting in a vacuum, without hitting the opponents who attack us. Despite this, the title is still played, but it is clear that the shooting phases are the least successful element of the production.

Being the first test of the Brazilian team, Phobia: St. Dinfna Hotel can certainly be said to be a successful product. The polygonal models of the characters appear really poor, especially as regards the animations, but the same cannot be said of the environments. Exploring the hotel and other play areas is truly rewarding and we have often been impressed with the care taken in the design of each room. Despite the active raytracing, the game does not present particular frame drops, allowing us to enjoy a functional experience from start to finish.

The sound sector in English is also good, accompanied by Italian subtitles. If you are looking for a valid horror title and do not know the language ofAlbionyou can breathe a sigh of relief.

Phobia: St. Dinfna Hotel is a game that, despite some obvious defects, has convinced us and amused us. We were struck by the final quality of a title that, thanks to an atmosphere that is nothing short of wonderful, we would like to recommend to all those who are in abstinence from survival horror. Kudos to Pulsatrix Studios. If this is just the beginning of their career, we can’t wait to discover the future plans of this promising Brazilian team.

The title was played on PlayStation 5 thanks to a code kindly provided by the Publisher.

Thu Jul 14 , 2022
Quim Gutiérrez and Paula Willems welcomed their first child on November 28, 2022, a girl they called Bru and who has made them very happy people, however, since the beginning of their relationship they have been characterized by being people very jealous of their intimacy, although now they have made […] 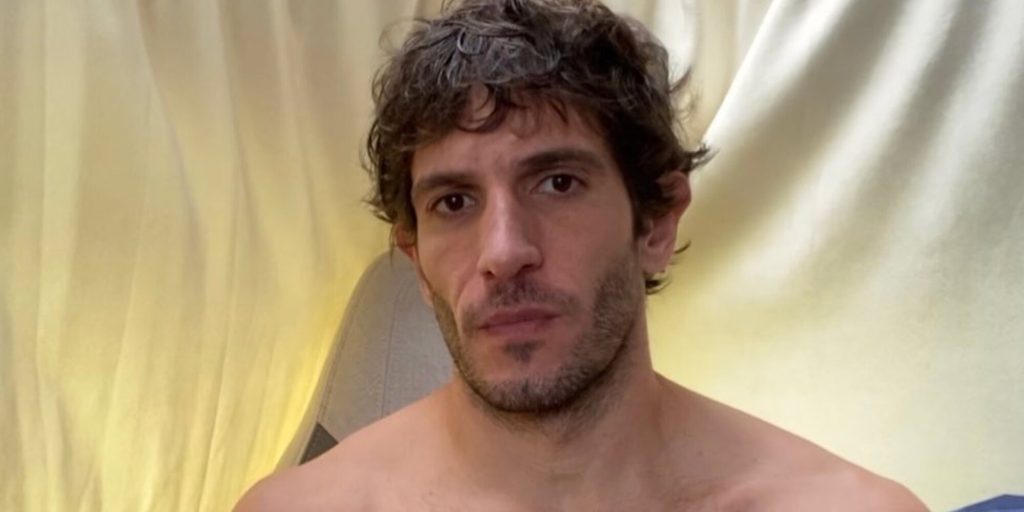