The world around us is what defines who we are. An adage that says, “show me your company and I will tell you your personality” has never once been wrong. Most times, we don’t dare to confront these people or, even worse, let them go out of our lives. There are many ways negativity and toxicity present itself. Not all that glitters is gold; people who seem nice and good outside may be the most toxic characters on the inside. There are five toxic personality traits one can hide under a layer of success and kindness. To avoid toxicity in your life, or generally have a smooth-running, you have to look for ways to end these toxic relationships and follow the rules of this site. 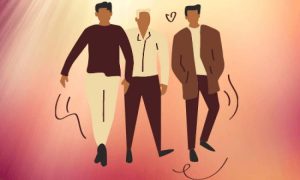 Will Shang Chi And The Legend Of The Ten Rings be on Netflix?

There are those types of people who will always criticize and judge you regardless of whatever you do. There’s a world of difference between criticism and advice. We all make mistakes at one point or another, but you should avoid someone who always criticizes you for whatever you’ve done. If someone doesn’t understand why you did what you did and always looks for mistakes, that’s a red flag in any relationship.

A passive-aggressor expresses their anger passively, making it hard to know what they are feeling. They often make someone feel as if they have to be cautious when around them because you never know what to expect of them. Some of the ways you can distinguish such persons are if they deny what they feel, backhanding compliments, and sarcasm. These persons aren’t good communicators and often use sarcasm as their defense mechanism.

These people are self-centered, acting as if the world revolves around them, and are very arrogant. A narcissist will always have an opinion about anything to look like a know-it-all. This personality disorder is toxic as they view themselves as all that matters without giving thought to their words and actions and how they will hurt the next person. They are easily provoked and get angry often, even when corrected in the gentlest of ways.

A stonewaller is a person who doesn’t engage well in any form of communication and often evades issues. These people keep to themselves most of the time, and everyone else around them is in the dark about whatever is going on. They have a challenge sharing their problems, making it hard for the other person to help if they can. Similarly, they may make a person feel insignificant, guilty, or start questioning themselves when the real issue is not them.

For anyone with this type of personality, it is difficult to tell them apart from other people. They have a peculiar habit of playing a part perfectly and manipulating other people for their gain. They are often after power, sex, ego gratification, money, etc. from their victims. Having such a person around you may be toxic, as you will not know their intentions until it’s too late.

Having a toxic person in your circle of friends or as a companion may take a toll on you as a whole. If you can’t help them conform to your comfort, it’s best to get rid of such people in your life.

What and When Can We Expect From Halston Miniseries On Netflix

What is this Wolf Cut Hairstyle Trending on TikTok

Metro Police Investigates After a Body is Found at an Apartment