Sister María José of the Precious Blood of Jesus, a nun of the Congregation of the Poor Clares in Cleveland, is the heroine who, after donating her kidney to a stranger, also helped another sick young nun save her life.

An article published in the National Catholic Register reported that Sister María José is a Poor Clare nun who currently resides at the Adoration Monastery in Cleveland, Ohio (United States). The nun worked as a nurse in 1995 when she decided to enter the same monastery where she began the religious vocation of Mother Angelica, founder of the Eternal Word Television Network.

Sister María José embraced the mission of penance and perpetual adoration of the Blessed Sacrament of the Poor Clares, and dedicated herself to being a nurse in her religious community. During her service she learned that the youngest nun in the convent, Sister Jacinta of the Immaculate Heart of Mary, was very ill and urgently needed a new kidney.

Sister Jacinta began to manifest her illness in 2019. When she was hospitalized, she found out that she had Berger’s disease, an autoimmune kidney disease. After months of evaluations, it was determined that she should receive a kidney transplant and she was placed on the waiting list to obtain the organ from a deceased donor.

The wait could be long and very late, because according to the Health Resources and Services Administration (HRSA), an agency of the US Department of Health and Human Services, every day 17 Americans die waiting for organ transplants. In addition, more than 106 thousand patients expect healthy lungs, livers and other organs; and the greatest demand is for kidneys.

Thus, the nurse who treated Sister Jacinta told them that the transplant could be done sooner if they found a suitable living donor. Since Sister Jacinta is from Bangladesh and none of her relatives lived in the United States, Sister María José offered to donate her kidney. “I would do it for a biological sister,” she said. “Well, we are sisters in Christ,” she added.

However, her blood type turned out to be incompatible with Sister Jacinta’s; but a new option arose: Sister María José could donate her kidney to a stranger and thus open the opportunity for another person, who is compatible, to be the donor that Sister Jacinta needed.

The living donor coordinator for University Hospitals Medical Center in Cleveland noted that the hospital is associated with the National Kidney Registry (NKR), which offers an advanced donation program.

He explained that the NKR “allows a living kidney donor” to give up his or her organ “before the intended recipient patient is ready for transplantation.” When the recipient is ready, “they are activated in the NKR program and matched with a living donor from somewhere in the US,” she added.

According to the Catechism of the Catholic Church, “organ transplants are in accordance with the moral law if the physical and psychological dangers and risks for the donor are proportionate to the good sought for the recipient.” However, the Church condemns the buying or selling of organs.

The US Conference of Catholic Bishops states that “living donor organ transplantation is morally permissible when the donation will not sacrifice or seriously impair any essential bodily function.” In addition, it points out that “the freedom of the potential donor must be respected, and he must not obtain economic advantages.”

Doctors determined that Sister María José would live a normal life with only one kidney. Thus, she began her application process that involved “numerous medical tests and blood draws” as well as “a virtual class for donors.” Later, the social worker and patient advocate confirmed that the nun made the decision to freely donate her kidney.

In December 2020, when Sister Jacinta had reached the final stage of kidney failure, she fell ill with COVID-19 along with eight other nuns from the convent. So she was taken off the transplant waiting list, but she was re-enrolled two months after testing negative for the virus. Sister María José took care of the nuns and took Sister Jacinta to her dialysis.

On April 13, 2021, Sister María José underwent kidney transplant surgery and chose to remain anonymous. “I thought, ‘I’d better leave it up to God,’” she said. Although she does not know anything about this person, she knew that the operation was a success. “It was very nice when a nurse told me that everything was fine after receiving my kidney,” she noted.

Soon after, on June 2, 2021, Sister Jacinta received a kidney from another anonymous donor out of state. Doctors said she will need to take medication for the rest of her life, but they estimate the new kidney will serve her for about 20 years. Today, the nun continues to pray for the donor. “I am so grateful! I’m doing fine,” she said.

The two nuns, now recovered, look forward to celebrating the next centenary of their monastery, postponed by the COVID-19 pandemic.

The gesture of Sister María José and Sister Jacinta’s anonymous donor is an act of “everyday heroism” that Pope Saint John Paul II highlighted in his encyclical Evangelium Vitae.

“Beyond clamorous cases, there is daily heroism, made of small or large gestures of solidarity that feed an authentic culture of life. Among them, organ donation deserves special recognition, carried out according to ethically acceptable criteria, to offer a possibility of healing and even of life, to perhaps hopeless patients, ”he wrote.

To Catholics considering being an organ donor, Sister Jacinta said: “It is the greatest gift that he or she is giving to a person: it is to give them another chance.”

For her part, Sister María José, who is still praying for the stranger who received her kidney, said her recovery was slow because it was “major surgery,” but it was worth doing.

“It’s not something to take lightly; But it’s worth the step I took. It is a wonderful opportunity to prolong the gift of life,” she concluded.

Who is Dex in Dynasty Season 5?

Sat Mar 12 , 2022
dynasty Season 5 returns with brand new episodes on March 11, finally bringing some delightful escapism back to our Friday nights. After a two-hour holiday special premiere, dynasty’Enter the game with new twists and new characters. exist dynasty In Season 5, Episode 3, Fallon is immediately back at work, seemingly […] 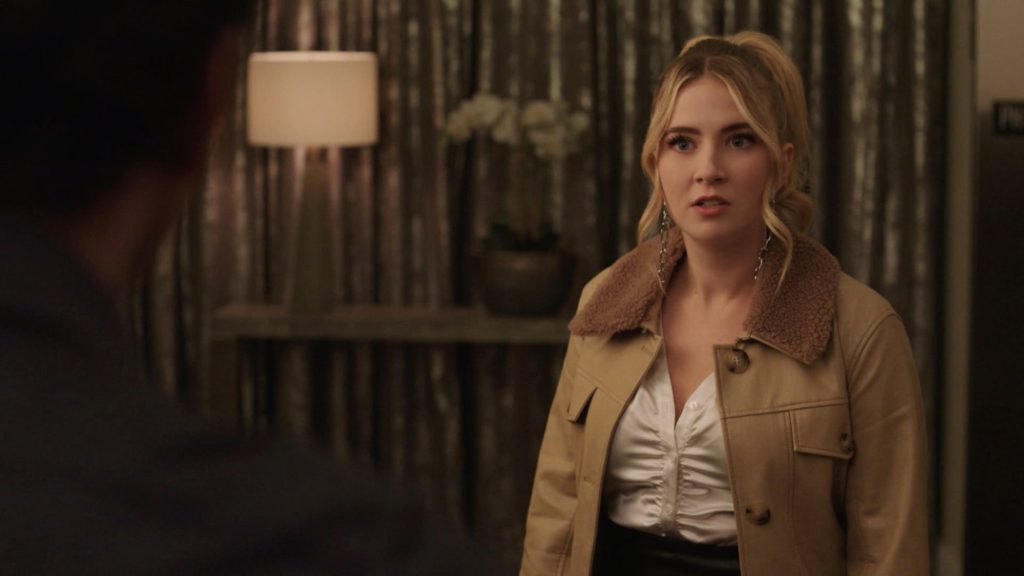