by Subhashree Panda
in Celebrities, Controversies
0 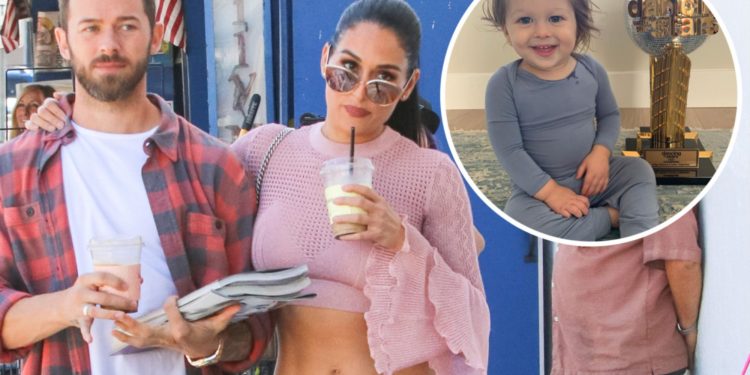 0
SHARES
19
VIEWS
Share on FacebookShare on TwitterShare on WhatsApp

Have you ever been in a situation where you don’t know whether to get angry or laugh out loud? Nikki Bella and Artem Chigvintsev’s son, Matteo, unintentionally broke his dad’s “Dancing with the Stars” trophy. In Bella’s clip, Matteo is seen playing with his dad’s trophy, and all of sudden, there it is, broken into pieces.

In a short clip, Nikki Bella recorded her son Matteo breaking his dad, Artem Chigvintsev’s “Dancing with the Stars” trophy. The toddler was seen playing with the trophy only to snap it off. Bella captioned the video, “Teo and I will get your trophy fixed”.

The 37-year-old star posted the video just before the show’s 30th season premiere on AMC. Well, they have got a very strong boy at home. However, Artem won the trophy with his partner, star Kaitlyn Bristowe last year. Besides that, Bella wrote that she and Matteo are very proud of Artem.

Artem Chigvintsev’s Reaction to the Incident

In reply to Bella’s video, Artem Chigvintsev replied that he loves both of them. However, he will have to get a new trophy this season as Matteo has done the honor of breaking the previous one. Nikki Bella, 37, and Artem, 39, welcomed their son Matteo last summer.

This time Artem has participated with The Office star, Melora Hardin. Moreover, the premiere of the show’s 30th season was groundbreaking. Artem explained how he felt about the night on Instagram. He was really happy and called her partner, “an absolute assassin”.