Guillermo del Toro's new movie, "Nightmare Alley," is full of scammers trying to stay one step ahead of each other. While many of the characters are morally ambiguous or sinister, the characters in the film are often charming, intelligent, and complicated, making them attractive and entertaining, regardless of their sympathy. […]

Guillermo del Toro's new movie, "Nightmare Alley," is full of scammers trying to stay one step ahead of each other. While many of the characters are morally ambiguous or sinister, the characters in the film are often charming, intelligent, and complicated, making them attractive and entertaining, regardless of their sympathy.

In "Nightmare Alley," the charismatic Stanton Carlisle (Bradley Cooper) wins the love of the clairvoyant Zeena (Toni Collette) and her mentalist husband Pete (David Strathairn) at a traveling circus-like carnival. They create a golden ticket to success by using newly acquired knowledge to outwit the wealthy New York elite of the 1940s. With the virtuous Molly (Rooney Mara) loyally by his side, Stanton plans to scam a dangerous tycoon (Richard Jenkins) with the help from a mysterious psychiatrist (Cate Blanchett) who might be his most formidable opponent.

At first glance, the characters in "Nightmare Alley" are complex with ordered pasts, others are kinder people who make their living as artists, while others are scheming manipulators. Meet some of them:

Del Toro explained that he very consciously wanted to stretch his cinema in new directions. “This is the first of my films that, although it has a magical atmosphere, it is not polite or stylized. It is set in a reality that is identifiable and immediate. I wanted to represent a classic story in a very lively and contemporary way. Also, that people feel that they are seeing a story pertinent to our world ”.

Naturally drawn to the macabre and deeply human world of carnival shows, del Toro saw Gresham's novel as autobiographical and wanted to explore the murky lines between illusion and reality, despair and control, success and tragedy that ensue. step into the production of Nightmare Alley.

Nightmare Alley contains seething layers of corruption, vice, lust, betrayal, and cosmic absurdity that build up as Stanton learns to cynically take advantage of the human need to believe in something outside of themselves and our world.

With this feature film, the Mexican filmmaker – recognized as the master of suspense, fantasy horror and thrillers – delves into “f-ilm noir”, or film noir, a genre that emphasizes narratives focused on criminal and criminal events with strong content expressive and characteristic visual stylization.

"Nightmare Alley" opens in Puerto Rico on Thursday, January 6, only in theaters.

25 years ago director Wes Craven and writer Kevin Williamson teamed up to create the franchise and the terrifying world of Scream. The first film released at the end of 1996, it revives the films of the "slasher" genre in the film industry. The first installment of Scream was a great success as Craven […]

The entry Scream: 25 Years of History was first published on Movie Network . 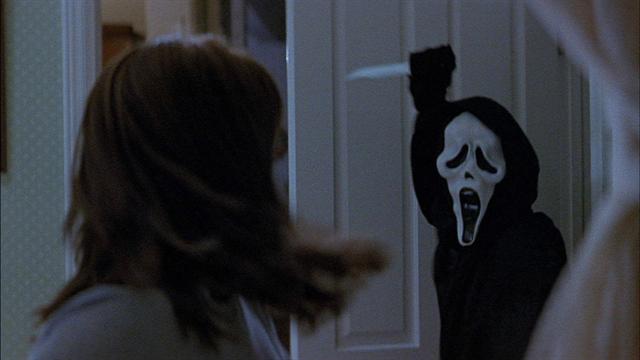