Since the premiere of the 1st and 2ns seasons of “Never Have I Ever”, fans have been clamoring for information on the 3rd season of the show. Never Have I Ever is a popular teen drama series created by Mindy Kaling, who did a fantastic job of placing the characters in the proper context. It’s fun to witness Devi Vishwakumar with her spectacular selection choices. The show has gotten rave reviews, and viewers are eagerly looking forward to the next season.

Renewal Status of Never Have I Ever Season 3!

We are certain that Never Have I Ever will return for a 3rd season. All we have to do now is wait for Netflix to make the announcement. The fact that the program has fared so well on Netflix’s top lists around the world is one of the reasons we’re so optimistic about its renewal. The series made it into the top ten lists of more than 70 nations. It also gained the top spot in several countries due to its huge popularity.

What’s the Plot for the 3rd Season?

At the end of the 2nd season, Ben was disturbed that Devi and Paxton began to patch things up, despite his growing relationship with his new girlfriend, Aneesa. In the 3rd season, we may see Ben choosing between pursuing Devi and abandoning his new relationship with Aneesa, or attempting to work things out with his new girlfriend despite his heart’s desire for someone else.

Also, we finally got to see Devi and Paxton being in a relationship. The bond between them will undoubtedly be explored further in the coming season, particularly the challenges they will each confront.

The 2nd season was a tumultuous ride for the viewers and Devi and Paxton were together by the end. Devi is now officially Paxton’s girlfriend. Exciting, isn’t it?

However, we can expect Ben to uncover his affections for Devi in the 3rd season as we saw in the end how Eleanor (Devi’s friend) reveals the truth which left Ben wondering if he still has feelings for Devi or not. Let’s leave that until the 3rd season to further explain.

Wed Aug 4 , 2021
Fate: The Winx Saga is an original Netflix teen fantasy drama series that is based on the wildly popular “Winx Club” anime. Rainbow S.p.A., Archery Pictures, and Young Blood Productions have collaborated on the series. The 1st season of Fate The Winx Saga began in early 2022 and was a […] 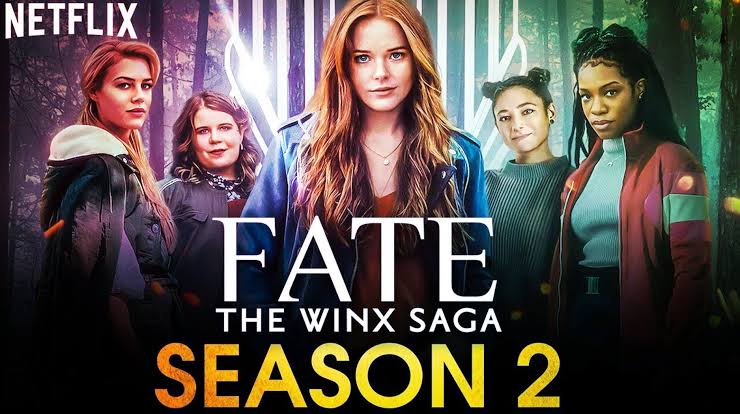