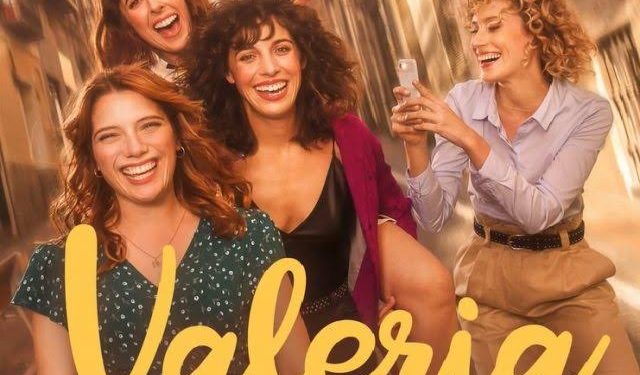 0
SHARES
85
VIEWS
Share on FacebookShare on TwitterShare on WhatsApp

Valeria, the Netflix series is based on Elisabet Benavent’s series of novels that goes by the same name. ‘Valeria,’ is frequently referred to as Spain’s counterpart to ‘Sex and the City,’ and it is scheduled to return to Netflix for a second season. The show follows a writer who is going through a personal and professional crisis and relies on her friends to help her get through it.

The second season of the Spanish rom-com series “Valeria” is all set to return on Netflix from 13 August 2022.

What’s the Plot for Valeria Season 2?

The second season promises some steamy romance as well as issues that arise as a result of it. According to the series’ summary on Netflix, “Valeria is a writer who is having problems with her novels as well as her spouse. Her three best friends, Carmen, Lola, and Nerea, are always there to encourage her through her experiences while also having some of their own.

The second season will explore Valeria and her companions getting caught up in a tornado of emotions involving love, doubts, friendship, jealously, infidelity, heartbreak, secrets, work, fears, joy, and future goals.

Who’s in the Cast for “Valeria” Season 2?

The cast of the second season will include the Spanish actress, Diana Gómez, who will reprise the main character of Valeria. Her three independent friends’ roles Lola, Carmen, and Nerea will be played by Silma López, Paula Malia, and, Teresa Riott respectively.

Maxi Iglesias will reprise his role as Victor, along with Al Shami returning as Adrian. As the plot progresses, there’s a chance that season two will introduce some new characters, whose revelation has not been done yet.

Netflix's The Kissing Booth 3 Release Date, Cast, and Much More