The popular children’s tv series Mighty Express is all set to return with a fourth season. Created by Keith Chapman and Spinmaster Entertainment, Mighty Express Season 4 will hit Netflix really soon, in just a few days.

Mighty Express premiered in the States last year on September 22. The show has a Christmas special as well called “A Mighty Christmas” that aired on December 5. Soon after, Season 2 was released on February 2 and Season 3 on April 17 this year.

The plot remains the same throughout the show, each episode bringing a new problem at hand and the characters dealing with them. Tracksville is a town in a world where kids work at stations and other places with intelligent talking trains called the Mighty Express trains. These trains have set responsibilities inside Tracksville. Each episode brings a new adventure as the trains and children solve problems together and live peacefully.

With only a couple days to go for the fourth season, Mighty Express is a lovely children’s show that’s both educational and entertaining. It teaches the values of harmony, helpfulness, and coexistence.

Netflix's The Chair Season 1 Release Date, Cast, and Much More

Sun Jul 25 , 2021
Amanda Peet and her husband David Benioff, and Dan Weiss, David’s professional partner have produced an upcoming Netflix dramedy series that is called “The Chair”. Peet is the showrunner and executive producer for The Chair, with Annie Wyman, the writer, and professor of the series who is co-writing the pilot […] 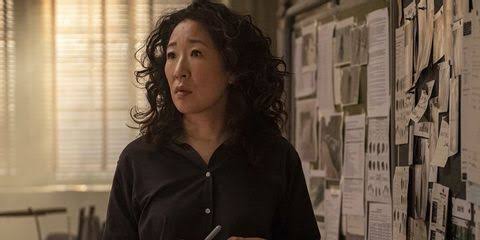