With the mediation of the Ecuadorian Episcopal Conference (CEE), this June 30 an agreement was reached between the Government and the indigenous representatives that put an end to the national strike, after 18 days of protests.

With the presence of government authorities and representatives of CONAIE, FEINE and FENOCIN, and thanks to the mediation of the Ecuadorian Episcopal Conference, the ‘Act for Peace’ was signed, ending the national strike and returning peace to citizens . pic.twitter.com/FMtrHJhqi5

The agreement was signed in the auditorium of the Santísima Trinidad parish, in the capital Quito. Among the ecclesial representatives was the president of the CEE, Msgr. Luis Cabrera, who thanked “for trusting in the mediation of the Church” and assured that they can always count on us on this path of hope.

On behalf of the government of Guillermo Lasso, the Minister of Government, Francisco Jiménez; the secretary of the Administration, Iván Correa; and the legal secretary of the Presidency, Fabián Pozo.

On June 13, a national strike began in Ecuador called by the Confederation of Indigenous Nationalities of Ecuador (Conaie), to demand that the Government reduce fuel prices, guarantee “fair prices” for basic necessities and give subsidies. small farmers, among other demands.

Dialogue between the two parties began on Monday, but on Tuesday President Lasso refused to continue with the talks after a soldier died in a clash between protesters and troops in the province of Sucumbíos.

However, on Wednesday night the Executive accepted that the EEC intercede in the dialogue with the indigenous leaders instead of the president of the National Assembly, Virgilio Saquicela.

After 18 days of protests, the clashes left six dead, including a soldier, and some 500 wounded.

Among the agreements reached this Thursday is the Government’s commitment to lower the price of subsidized fuels by 15 cents, repeal the state of exception decreed in four provinces, as well as not to grant more mining concessions in natural reserves, water recharge areas, intangibles and indigenous territories.

However, on its Twitter account, Conaie indicated that compliance with the agreements and commitments signed in the minutes will be evaluated in 90 days.

During his speech, Msgr. Cabrera thanked “the Ecuadorian people for their good heart and good sense in dealing with and solving the country’s problems.”

“Thanks to the indigenous organizations for their flexibility and openness with all sectors of society, thanks to the Government for listening to the clamor of the people and responding in a concrete way to their demands,” he said, stating that “peace is always possible through dialogue.” ”.

Fri Jul 1 , 2022
The Vatican published this Friday, July 1, the prayer intention of Pope Francis: The elderly. “Let us pray for the elders who represent the roots and memory of a peopleso that their experience and wisdom help the youngest to look to the future with hope and responsibility”, the Pope asked […] 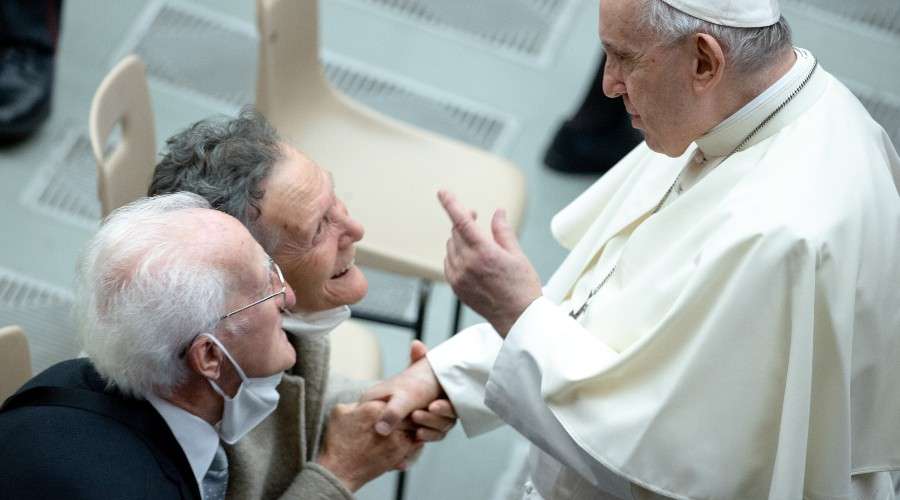