Phase 4 of the Marvel Cinematic Universe is surprising us with a large amount of content that is very different from each other. ‘Doctor Strange in the multiverse of madness’ has just hit theaters and on July 8 of this year the long-awaited ‘Thor: Love and Thunder’ will land. However, ‘Mrs. Marvel’ is coming to Disney+ exactly one month early, on June 8, 2022. The series is an adaptation of G. Willow Wilson and Adrian Alphona’s 2014 comics and stars Iman Vellani as Kamala Khan, aka Ms. Marvel. However, despite the fact that Marvel has kept much of the original content of the comics, Kevin Feige has confirmed that Khan’s powers will be somewhat different, as we had already seen in the first promotional trailers.

The executive producer of Marvel Studios has spoken with Empire about the series and has pointed out that Ms. Marvel will not be “an exact translation” of the comics and that “what we will learn about the origin of these powers, and how they arise, is specific to the MCU”. Unlike the paper version, Kamala will not be an Inhuman who receives her Earth Mist powers from her. Instead, Ms. Marvel will have new origins. Feige then explains why this decision has been made: “[Ms. Marvel] it came about at a very specific time within the comics continuity. Now it’s coming at a very specific time within the MCU continuity. And those two things did not coincide”, clarifies the producer.

The reactions to this news have not been long in coming and have leaned more towards disappointment than towards enthusiasm. A Twitter user comments “What an absolute mess” (“What an absolute mess”). Another fan elaborates a bit more, explaining “They want all three characters from ‘The Marvels’ to have similar ‘cosmic’ powers, not realizing that what makes the teams fun is the fact that the heroes have, in First of all, different powers. This sounds boring.”

What an absolute mess https://t.co/FRYKHoZMaw

They want all three of “The Marvels” characters to have similar looking “cosmic” powers, not realizing that what makes team ups fun is the fact that that heroes have different powers in the first place. This sounds boring.

The series created by Bisha K. Ali will mark the debut of Canadian actress Iman Vellani on screen. At his side will be Aramis Knight (‘Ender’s Game’), Matt Lintz (‘The Walking Dead’), Alysia Reiner (‘Orange Is the New Black’), Anjali Bhimani (‘Modern Family’), Risa Shah, Zenobia Shroff and Farhan Akhtar.

“You are not alone”

Marvel Entertainment has released a new teaser titled ‘Not Alone’ (“You are not alone”), giving importance to Kamala’s family and companions. The trailer, which is only 30 seconds long, begins by showing us the protagonist as she says in a voiceover: “Have you ever wanted something so badly that it ends up happening in the end?”

Next, we find a sequence where some details of the “cosmic” powers of Vellani’s character are revealed, in addition to the relationship with her mother and how she begins to worry about what is happening to her daughter (without knowing What is it about).

Both in the video and in the description of it, the phrase “In a month, witness the birth of a new marvel” is shown. And it is that the series will arrive on the Disney platform on June 8.

In addition, Ms. Marvel has already confirmed her appearance in ‘The Marvels’ alongside Captain Marvel. The film, directed by Nia DaCosta, will be released on July 28, 2023 after swapping its release date with Ant-Man and the Wasp: Quantumania, which is due out on February 17, 2023.

Mon May 9 , 2022
Pope Francis wrote a new letter to the controversial American Jesuit priest James Martin, known for his dedicated ministry to what he calls “LGBT Catholics.” Martin sent three questions in Spanish to the Holy Father. The answers came three days later. When asked about “What would you say is the […] 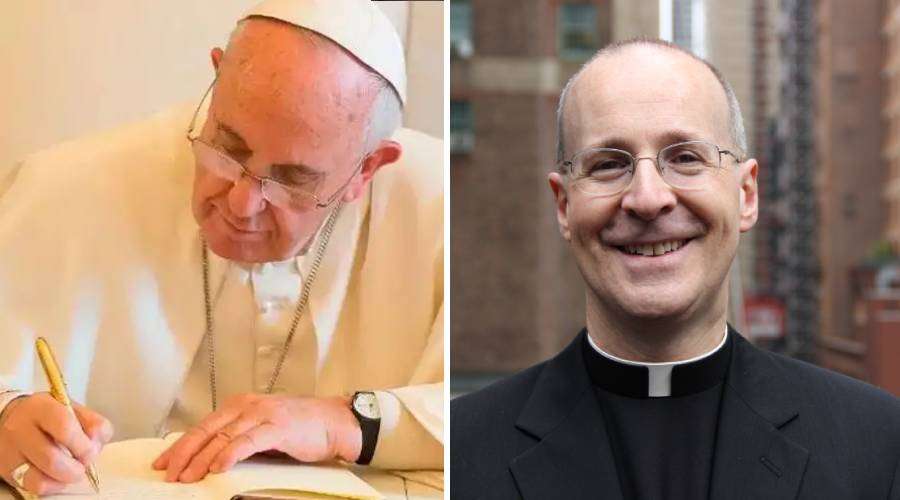