Cops have booked a Texas woman for abandoning her children in a house full of dirt and filth. Lorraine, the 45-year-old mother left the house to three young girls. The house was full of rotten food items, no water supply, bugs, insects, and no air conditioning. Moreover, she took away with her the only cell phone that they had in the house. Therefore, the young girls weren’t able to get in touch with anybody.

Children Abandoned in a House Full of Dirt and Filth

Cops found the house was in a very pathetic condition. There was a strong smell of rotten food and filth everywhere around the house. Besides that, the house had no water supply as the woman hadn’t paid the bills. There was no food for the girls to eat as they were all rotten and stale. Moreover, the temperature inside the house was boiling hot as there was no air conditioning unit. All the three girls had to sleep in the only room that had a ceiling fan. Stuck in the house for days with no food and water, the young girls approached their neighbor.

The neighbor was kind enough to offer the girls food and water. She also let them take a shower in her own home. Days passed but there was no sign of Lorraine. Eventually, the neighbor called the police and informed them about the whole incident. However, the cops thoroughly checked the house and found nothing except filth and rotten food. The young girls are of 11 years, 13 years, and 15 years old respectively. Moreover, it was found out that Lorraine had adopted the three girls.

After two weeks of thorough investigation, the police booked Lorraine on June 18. She was charged with abandoning her children. Moreover, the three girls were taken to a safer place.

Tue Jul 6 , 2021
The New York Police Department has released CCTV footage of a burglary incident in Manhattan. A man is seen stepping inside a woman’s house late at night and roaming around here and there. The burglar was wandering around in the house and the owner had no clue about it. The […] 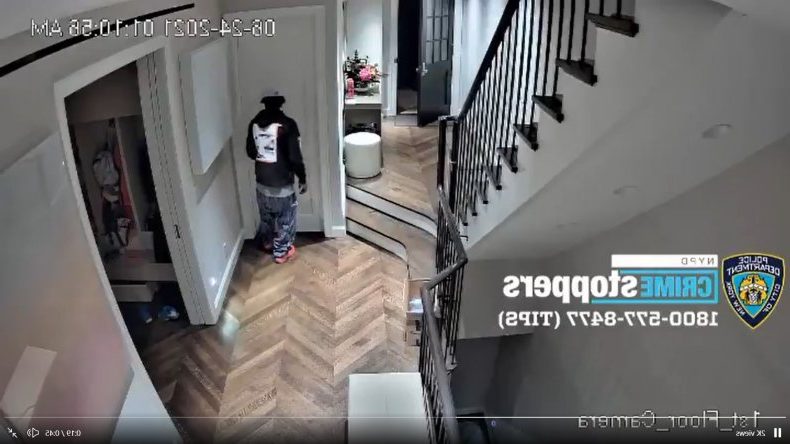