2022 will be an attractive year for cinema with several expected premieres, surprising projects, anticipated sequels and with some films that were delayed by the pandemic. Here is a list of the most anticipated films for 2022: The 355 Synopsis: When an ultra-secret weapon falls into the hands of a mercenary, an agent of the […]

The Most Anticipated Movies of 2022 entry was first posted on Movie Network .

2022 will be an attractive year for cinema with several expected premieres, surprising projects, anticipated sequels and with some films that were delayed by the pandemic.

Here is a list of the most anticipated films for 2022:

Synopsis: When a top-secret weapon falls into the hands of a mercenary, a CIA agent joins forces with a rival German agent, a former MI6 ally, a computer and IT specialist, and a psychologist to retrieve it. These four women team up to save the world as they struggle to stay one step ahead of a mysterious figure.

Synopsis: After a 25-year history of murders in the city of Woodsboro, a new murderer dons the mask of Ghostface. This one targets a group of young people with the purpose of reliving the city's past secrets. Neve Campbell (Sidney Prescott), Courteney Cox (Gale Weathers) and David Arquette (Dewey Riley) return to their iconic roles in Scream alongside Melissa, Barrera, Kyle Gallner, Mason Gooding and more.

Death on the nile

Synopsis: Kenneth Branagh will return as detective Hercule Poirot after the movie Murder on the Orient Express. What was a desert vacation turns into a search for a murderer.

Synopsis: A treasure hunter discovers the whereabouts of El Dorado, the legendary golden city of South America. Film set in the style of Indianas Jones, based on the popular video game series of the same name.

Synopsis: In Gotham City, The Riddler will play a dangerous game of cat and mouse with Batman and Commissioner Gordon.

Synopsis: Dangerously ill with a blood disorder, biochemist Michael Morbius tries to heal himself. Succeeding at first, Morbius realizes that something is wrong with his experiment.

Synopsis: Needing money to cover his wife's medical bills, a veteran teams up with his adoptive brother to steal $ 32 million from a Los Angeles bank. With a terrible escape, both hijack an ambulance that was transporting a seriously wounded policeman and an EMT. The two brothers have to try to escape persecution while keeping the hostages alive.

Synopsis: Set in Iceland in the early 10th century, a Norse prince seeks revenge for the death of his father.

Doctor Strange in the Multiverse of madness

Synopsis: By performing a forbidden spell, considered the most dangerous, to manipulate time and space, the door has been opened to "The Multiverse." To restore the world where everything is changing, Strange seeks the help of Wong, the Sorcerer Supreme, and the most powerful Scarlet Witch, Wanda.

Synopsis: After years of service as one of the Navy's finest airmen, Pete “Maverick” Mitchell returns training a new squad of graduates for a dangerous mission while facing the past.

Synopsis: While the plot of this movie is still kept under wraps, the great news is that original stars Laura Dern and Sam Neill are returning alongside Goldblum, Bryce Dallas Howard, and Chris Pratt.

Synopsis: The original story of the Buzz Lightyear action figure and his adventures to infinity and beyond.

Fantastic Beast: The Secrets of Dumbledore

Synopsis: The dark wizard Gellert Grindelwald is moving to take control of the wizarding world. Upon learning of this, Professor Albus Dumbledore, unable to stop him alone, entrusts Newt Scamander to lead a team of witches and wizards.

Synopsis: As expected, the plot of the film is still unknown, except that it will be horror.

Synopsis: Tom Cruise will be back in the seventh film in the franchise that showcased his ability to engage in death-defying stunts.

Spider-Man: Across the Spider-Verse

Synopsis: Spider-Man: Into the Spider-Verse, an Oscar-winning animated film, was a great success with critics and audiences. This is why Across the Spider-Verse is probably one of the most anticipated of the year, especially now that it is known to be the first part of two.

Synopsis: Sadly the main star of Black Panther, Chadwick Boseman, passed away in 2020. In this second film, which is still unknown the plot, Boseman will not be replaced. However, the story will focus on King T 'Challa's sister, Shuri, played by Letitia Wright.

Synopsis: Jake Sully and Ney'tiri have started a family and they keep doing everything they can to stay together. However, they are going to have to vacate their home and go exploring Pandora. Jake must go fight a difficult war against humans when an ancient threat resurfaces.

The Most Anticipated Movies of 2022 entry was first posted on Movie Network .

Guillermo del Toro's new movie, "Nightmare Alley," is full of scammers trying to stay one step ahead of each other. While many of the characters are morally ambiguous or sinister, the characters in the film are often charming, intelligent, and complicated, making them attractive and entertaining, regardless of their sympathy. […] 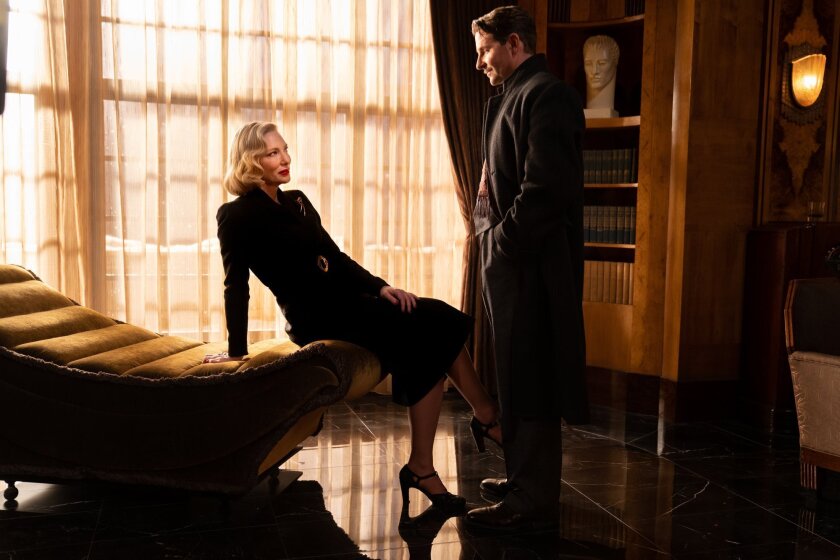