The war between Ukraine and Russia is shaking the world. Many stars have tried to take matters into their own hands by sending messages of peace, attending demonstrations or even shooting documentaries on the street (although, in the latter case, the promoter of this proposal, Sean Penn, and his team have been seen forced to leave the country presided over by Volodymyr Zelensky). Now it is the turn of the couple formed by Ashton Kutcher and Mila Kunis, who have just started a campaign to raise funds that will go to the refugees of this war.

This is explained in a video published by the actor on his Instagram. As the interpreter of ‘Black Swan’ reveals, this terrible situation hurts her especially: “I was born in Chernosvtsi, Ukraine, in 1983, and I came to America in 1991. I have always considered myself an American and with pride. I appreciate everything that this country has done for me and my family, but today I can say that I have never been so proud to be Ukrainian.

For his part, her husband expresses that “he had never been so proud to be married to a Ukrainian” and that “although we are witnesses to the courage of the people of the country in which he was born, we are also witnesses to the needs of those who They have chosen security. Finally, both denounce “this type of unjust attack on humanity” with “devastating effects for Ukraine”.

To give an example, the marriage has contributed 3 million dollars to Airbnb and Flexboard through GoFundMe. In just 3 hours, the page had already received 2,500,000 dollars, after a large donation attributed to Ron Conway. His goal is to reach 30 million: “Please go to our GoFundMe page and donate what you can. The people of Ukraine are strong and brave, but being strong and brave does not mean that they do not need help. We need to help them”, Kunis concludes.

Fri Mar 4 , 2022
In an exchange of letters, Cardinal Gerhard Müller thanked Pope Francis for having declared Saint Irenaeus of Lyon a Doctor of the Church and the Pontiff highlighted the German cardinal’s “correct and precise reflection, which corresponds to a teacher of faith and doctrine catholic”. Cardinal Gerhard Müller wrote a letter […] 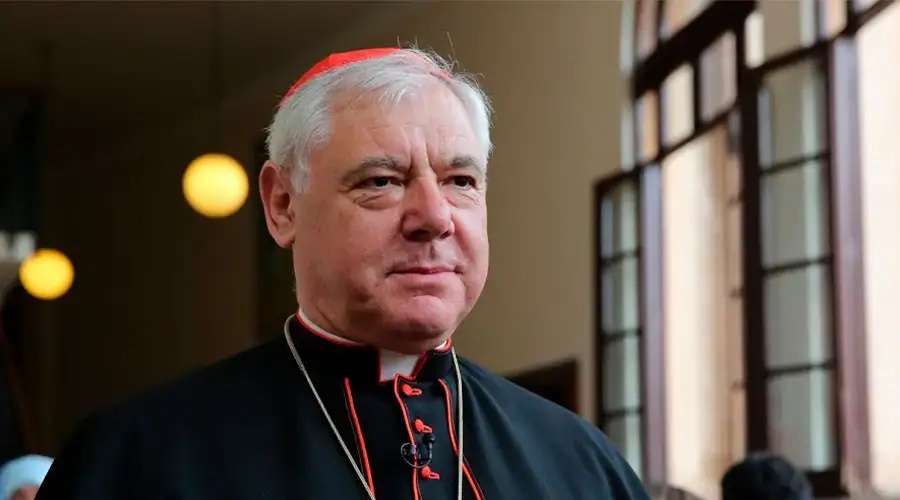