The Vatican released the full text of Pope Francis’ message for the World Day of Prayer for Vocations that is celebrated this May 8, Good Shepherd Sunday.

At this time, while the cold winds of war and oppression are still blowing, and we often witness polarizing phenomena, as a Church we have begun a synodal process.

We feel the urgency to walk together cultivating the dimensions of listening, participation and sharing. Together with all men and women of good will, we want to help build the human family, heal its wounds and project it towards a better future.

In this perspective, for the 59th World Day of Prayer for Vocations, I wish to reflect with you on the broad meaning of “vocation”, in the context of a synodal Church that listens to God and the world.

Called to be all protagonists of the mission

Synodality, walking together is a fundamental vocation for the Church, and only on this horizon is it possible to discover and value the various vocations, charisms and ministries. At the same time, we know that the Church exists to evangelize, going out of herself and spreading the seed of the Gospel in history.

Therefore, this mission is possible precisely by making all the pastoral spheres cooperate and, even before, by involving all the Lord’s disciples. Indeed, “by virtue of the Baptism received, each member of the People of God has become a missionary disciple (cf. Mt 28:19).

Each one of the baptized, whatever their function in the Church and the degree of enlightenment of their faith, is an evangelizing agent” (Exhort. ap. Evangelii gaudium, 120). It is necessary to guard against the mentality that separates priests from the laity, considering the former as protagonists and the latter as executors, and to carry out the Christian mission as the only People of God, laity and pastors together. The whole Church is an evangelizing community.

Called to be stewards of one another, and of creation

The word “vocation” does not have to be understood in a restrictive sense, referring only to those who follow the Lord on the path of a particular consecration. We are all called to participate in Christ’s mission to reunite scattered humanity and reconcile it with God.

More generally, every human person, even before living the encounter with Christ and embracing the Christian faith, receives a fundamental call with the gift of life.

Each one of us is a creature wanted and loved by God, for whom He has had a unique and special thought; and that divine spark, which dwells in the heart of every man and every woman, we are called to develop in the course of our lives, contributing to the growth of a humanity animated by love and reciprocal acceptance.

We are called to be custodians of one another, to build bonds of harmony and exchange, to heal the wounds of creation so that its beauty is not destroyed. In short, to be a single family in the wonderful common house of creation, in the harmonic variety of its elements.

In this broad sense, not only individuals, but also peoples, communities and groupings of different classes have a “vocation”.

To this great common vocation is added the most particular call that God directs to each one of us, reaching our existence with his Love and directing it to its ultimate goal, to a fullness that even exceeds the threshold of death. This is how God wanted to look and look at our life.

Michelangelo Buonarroti is credited with these words: “Every block of stone has a statue within it and the sculptor’s task is to discover it.”

If the gaze of the artist can be like this, how much more so will the gaze of God be, who saw the Mother of God in that young woman from Nazareth; in the fisherman Simon, son of Jonah, he saw Peter, the rock on which he would build his Church; in the publican Levi he recognized the apostle and evangelist Matthew; and in Saul, the harsh persecutor of the Christians, he saw Paul, the apostle to the Gentiles. His look of love always reaches us, moves us, frees us and transforms us, making us new people.

This is the dynamic of every vocation: we are reached by the gaze of God, who calls us. Vocation, like holiness, is not an extraordinary experience reserved for a few. Just as there is “holiness next door” (cf. Exhort. ap. Gaudete et exsultate, 6-9), the vocation is also for everyone, because God looks at us and calls us all.

This is how God looks at us, in each of us he sees potentialities that even we ourselves are unaware of, and acts tirelessly throughout our lives so that we can put them at the service of the common good.

In this way the vocation is born, thanks to the art of the divine Sculptor who with his “hands” makes us come out of ourselves, so that the masterpiece that we are called to be is projected in us.

In particular, the Word of God, which frees us from self-centeredness, is capable of purifying, enlightening and recreating us. Let us then listen to the Word, to open ourselves to the vocation that God entrusts to us. And let us also learn to listen to our brothers and sisters in the faith, because God’s initiative can be hidden in their advice and in their example, showing us ever new paths to follow.

Called to respond to God’s gaze

God’s loving and creative gaze has reached us in a totally unique way in Jesus. Speaking of the rich young man, the evangelist Mark says: “Jesus looked at him with love” (10:21).

And let us also learn to look at each other so that the people with whom we live and whom we meet — whoever they may be — can feel welcomed and discover that there is Someone who looks at them with love and invites them to develop all their potential.

In general, every vocation and ministry in the Church calls us to look at others and the world with the eyes of God, to serve good and spread love, with deeds and words.

In this regard, I would like to mention here the experience of Dr. Gregorio Hernández Cisneros. While working as a doctor in Caracas, Venezuela, he wanted to be a Franciscan tertiary. He later thought of becoming a monk and a priest, but health did not allow it. He understood then that his calling was precisely his profession as a doctor, to which he gave himself, particularly for the poor.

So he devoted himself unreservedly to the sick affected by the so-called “Spanish” flu epidemic, which at that time was spreading throughout the world. He was killed by a car while leaving a pharmacy where he had obtained medication for one of his elderly patients.

This exemplary witness of what it means to welcome the Lord’s call and fully adhere to it, was beatified a year ago.

Summoned to build a fraternal world

As Christians, we are not only called, that is, personally questioned by a vocation, but also summoned. We are like the tiles in a mosaic, beautiful even if taken one by one, but only together they make up an image.

We shine, each and every one, like a star in the heart of God and in the firmament of the universe, but we are called to form constellations that guide and clarify the path of humanity, starting with the environment in which we live. This is the mystery of the Church which, in the harmonious coexistence of differences, is the sign and instrument of that to which all humanity is called.

For this reason, the Church must be increasingly synodal, that is, capable of walking together in the harmony of diversity, in which everyone has something to contribute and can actively participate.

Therefore, when we speak of “vocation” it is not just a question of choosing one way of life or another, of dedicating one’s existence to a certain ministry or of feeling attracted by the charism of a religious family, a movement or a community. ecclesial; it is about realizing God’s dream, the great project of fraternity that Jesus had in his heart when he begged the Father: “That they may all be one” (Jn 17:21).

Every vocation in the Church, and in a broader sense also in society, contributes to a common goal: to make the harmony of the numerous and different gifts that only the Holy Spirit knows how to bring about resonate among men and women.

Priests, consecrated men and women, and lay faithful walk and work together to testify that a great family united in love is not a utopia, but the purpose for which God has created us.

Let us pray, brothers and sisters, that the People of God, in the midst of the dramatic vicissitudes of history, respond more and more to this call.

Let us invoke the light of the Holy Spirit so that each and every one of us can find their own place and give the best of themselves in this great divine plan.

A prayer in honor of deceased mothers

Sun May 8 , 2022
Many countries around the world celebrate Mother’s Day on the second Sunday in May; however, there are many who no longer have her by her side, since they have already left for the Father’s House. For them, the moms who are in heaven enjoying the Glory of God, we share […] 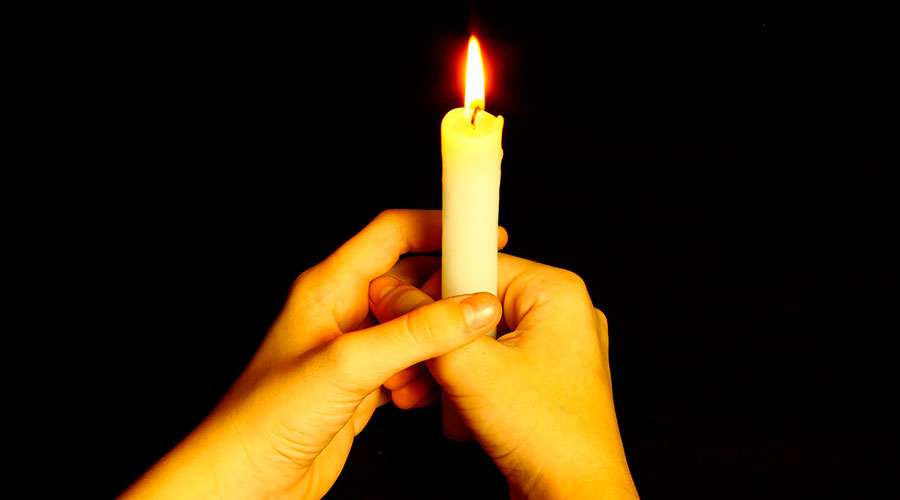